Why All Feminism Should Be Intersectional Feminism
Odyssey

Why All Feminism Should Be Intersectional Feminism

And why I'll never be "over" feminism. 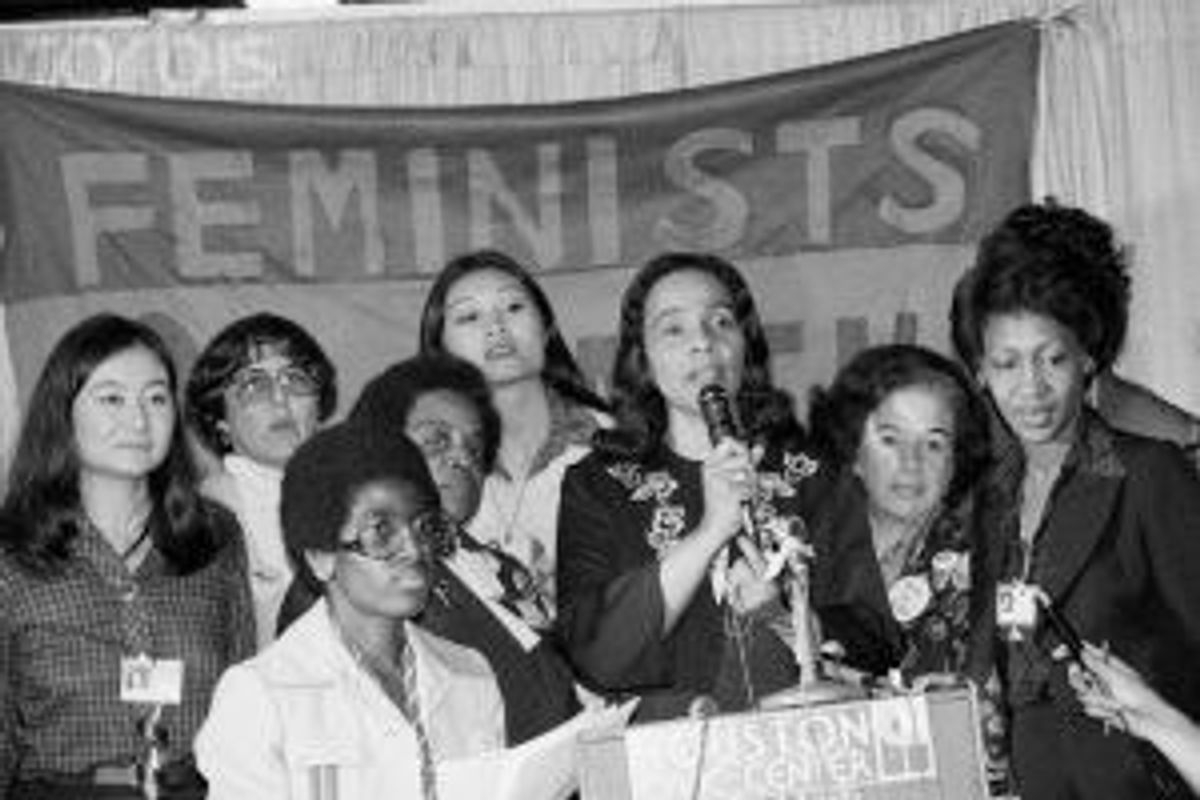 Since the day I found out what a feminist was, I have been a feminist. About a year ago, the term “intersectional feminism” was introduced to me, admittedly via numerous girls’ Tinder bios, and for a while I just pretended to understand what it meant. Finally, I decided to look it up. Here’s what I found.

Intersectional feminism, according to Telegraph, is: “The view that women experience oppression in varying configurations and in varying degrees of intensity. Cultural patterns of oppression are not only interrelated, but are bound together and influenced by the intersectional systems of society. Examples of this include race, gender, class, ability, and ethnicity.”

So for example, a person can be a female and Hispanic, and therefore face both racism and sexism daily. A Hispanic female earns about 54 cents per every dollar the non-Hispanic white male earns on average. Comparatively, a white woman earns 78 cents per every dollar her white male counterpart earns. Intersectionality basically says that we cannot separate the oppressive institutions of sexism, racism, ableism, homophobia, transphobia, classism, etc. because they are all connected. Therefore, we must advocate for equality amongst them all. It also makes the point that not all feminists are white, middle class women, as much of society sees feminists. All of this made sense to me; nothing surprised me because I thought this is what I already believed in. How could I not call myself an intersectional feminist?

I immediately inserted the word “intersectional” in front of “feminist” on my social media bios. This is something I believe in: the equality of not only all genders, but of all people. I had a lot of people ask me what an “intersectional feminist” is, and I was so happy to explain it, because it was a term I was excited to learn and talk more about. However, I certainly didn’t see people as any less if they identified as a “feminist” instead of an “intersectional feminist.” Then I started to see more and more people, women especially, claiming to be “over” feminism. And this scares me.

We need to eradicate the widely held belief that feminism translates to “down with all men.” We don’t need to burn our bras or riot outside a Miss America Pageant to earn equality (we can, however, thank the women who went to those extremes and even more to earn women the freedoms we have today). This radical view of feminism is an outdated one. The idea of feminism has always been to achieve equality amongst the genders, not to overthrow one and prove one as almighty. This isn’t a "No Boys Allowed" type of deal.

Here’s the problem: We’ve come very far since the days of Roe v. Wade, which is amazing, but gives many people a reason to argue that we should somehow be satisfied and that this should somehow be enough. Many people will argue that we’re able to vote, receive birth control, have abortions, work full time jobs, and hell, even become a potential presidential candidate, so why are we still putting up a fight? And believe me, I'm grateful for these basic rights, but the fact that these are even feats to us proves that we have not reached equality. Come find me when birth control is free for women who need it, when it’s not taboo for a woman to run for president, when a woman can make more money than her stay-at-home husband and the bankers won’t give them strange looks when they apply for a loan. Beyond the United States, the fact that there are women in Yemen and Sudan with not even half as many rights as women in the U.S. gives us a reason to fight for their equality. We may have basic freedoms, but they still lack these simple rights, such as leaving their house without their husband, voting, or choosing the clothing they wear. But even here, in our own country, there are women, children and men of various races and classes who may not receive the rights that will let them lead as prosperous a life as others, and people living every day experiencing the harmful effects of homophobia, transphobia, racism, ableism, xenophobia, etc. that the straight white cis male has never had to endure in America. It is important to realize that this is not an attack on the straight white cis male, but an attempt to bring all others to live in equality with him. It is plain to see that this has not yet been achieved in America, and for that reason I feel that I will never be “over” feminism.

The basic definition of feminism, as provided by Google, reads: “The advocacy of women's rights on the grounds of political, social, and economic equality to men.”

Feminism cannot continue to be feminism and will go nowhere if it is not intersectional. For many years, mainstream feminism gravitated toward the straight, white, cis female, even though it is a movement intended for all females. Intersectionality, while not an argument against straight white cis females, intends to make up for the aspects of diversity and inclusion that previous feminism lacked. So if calling it “intersectional feminism” instead of simply “feminism” is what it will take for us give feminism an indubitable meaning and realize its true importance amongst all females and all humans, let’s call ourselves intersectional feminists.

Emmaline B
The Narrative
58272
https://unsplash.com/photos/O0T1SIgHAfM