The Truth About Feminism: What Missouri State Students Have To Say
Odyssey

The Truth About Feminism: What Missouri State Students Have To Say 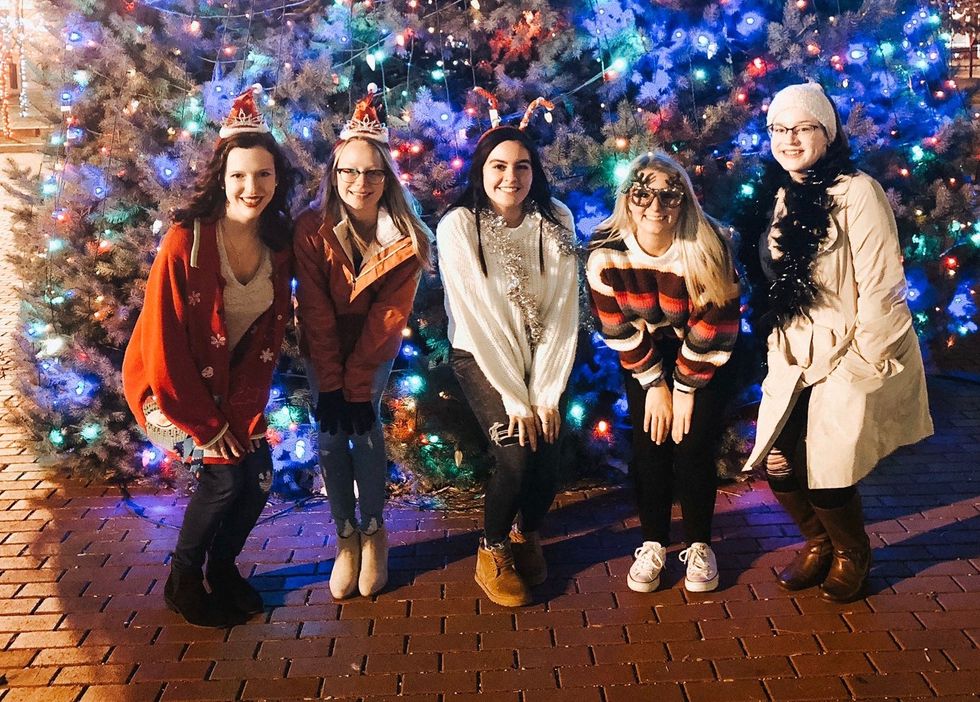 Feminism is a movement that has been embraced by some and disavowed by others. Since its establishment in the 19th century, it has been a debate among men and women. The ideology of feminism has been around for over 200 years, so what does it mean to be a feminist in today's society?

What does modern-day feminism mean to you?

Jenna: Feminism in today's world, to me, means that women are standing up for one another and fighting for equality between men and women. Today, many women don't get paid as much as men do. Women get denied jobs because of their identity. Overall, today's feminism is rising up with women and empowering them to do great things.

Boni: To me, feminism as a whole is empowering. I strongly believe in the goal of equality that the founders intended. However, I do believe there are some negative aspects that have come out of new-age feminism that actually contradict the original message.

Mackenzie: Feminism in today's world is women not letting men push them around. Standing up for equality with things in the household and the workplace. Also having women stand together with support for each other.

Skylar: In my opinion, I believe modern feminism is the uplifting spirit and courageous efforts to reach an equilibrium in our society.

What problems have you seen with modern-day feminism?

Jenna: I think most feminists try to bash men while praising women — instead of praising them both. Feminism is all about equality. We can't be shaming men to make ourselves look and feel better about being a woman.

Boni: I believe the goals of feminism have been altered, and some women have adopted an "anti-men" mentality that actually hurts our chances of achieving equality.

Mackenzie: A problem I've seen with modern-day feminism has gotten away from the original goal, women have started tearing men down in hopes to make them feel small. When women start tearing men down we stop fighting for equality and it turns into more of a revenge tactic.

Skylar: The concept of "modern" feminism is one that us women today still try to battle. We face odds against people who think the goal of feminism is for women to have more rights than men, which is totally not the case.

Jenna: I think most of society views feminism as an anti-male group who hates on men — which is terribly sad. I feel like a lot of people turn their heads away from feminists in fear of rejection.

Boni: I believe society generally views feminism in a negative light. This is probably because everyone grows up with different personal views on women in society and what their expectations are. I can understand how it would be difficult to remove yourself from what you were taught as a child and adapt to what feminism is.

Mackenzie: I think society views feminism as just another group that's trying to get equality, like it's put into a category that the LGBTQ community is. There is nothing wrong with it but society almost doesn't take it seriously. Also, many men don't see feminism as a priority because we are being paid pretty much the same as men but women are not yet equal in pay or in general society because men hold all the power no matter the situation. So society sees feminism as just something that exists.

Skylar: I believe the best way to answer this question is to look at the bigger picture. If you think about any type of "-ism" that advocates push for there is always a group of people against that idea. It might not be productive to how society views feminism in particular, but how we can all work together as equals. which, in my opinion, is the best way to solve the issues of feminism.

How has feminism changed in the past 100 years?

Jenna: A hundred years ago, feminism was focused on allowing women to vote or become doctors. Now, feminism is voicing that women can and will be just as strong as men — and stronger than them. I also think that we have included more and more women.

Boni: I think the overall message of equality is still there, but it has evolved. Now, feminists seek equality for ALL women. Before, the stories and struggles of women of color and LGBTQ women weren't ever considered. It's a really beautiful thing feminism now includes all women, as it always should have.

Mackenzie: Over 100 years, feminism has changed a lot. There are some aspects that have stayed the same such as women speaking their minds. But other things are much different 100 years ago women were fighting just to be heard. Now women everywhere are supporting each other for equality and showing that women have just as much to say as men and have the same amount of power as men.

Skylar: I believe feminism 100 years ago was more about having the same inalienable rights as the constitution upholds for men as well. nowadays, feminism is more about the invisible injustices that still exist today, but not on paper. that way, our society can still stay patriarchal. always one step ahead, making it harder for the feminism agenda to keep up.

How could we change the narrative of feminism?

Jenna: I think we all need to be a little more loving and more accepting of everyone — not just females. If we really want equality, we need to stop putting down men. Instead, let's lift everyone up!

Boni: One person cannot change the narrative. Real change only happens when everyone works together to become stronger. We haven't been working together because we've only focused on the needs of ourselves, instead of the needs of everyone.

Mackenzie: Changing the narrative means truly working towards equality. That means not hating on men for their gender or trying to demean them. That also means not putting other women down for not sharing the same opinions as you and accepting that almost everyone has the same goal, and that's equality for all.

Skylar: I believe the best way to change a narrative is to completely understand the risks involved in both situations. having the courage to put yourself in another's shoes, especially when the other person is the cause of the problem, can be extremely difficult. Without empathy, everyone stays to their echo-chamber with their heads in the sand.

All in all, we are very thankful for what feminism is doing in this world. It is building women up and giving them a voice.

We ask you, next time you post a feministic post on social media or comment on the subject, try not to bash males. Feminism is about making women feel loved and empowered, not to make themselves better than the opposite sex. Together, we can change how people look at feminism and how feminists view men.