Did Ohio State fall out of the top five? 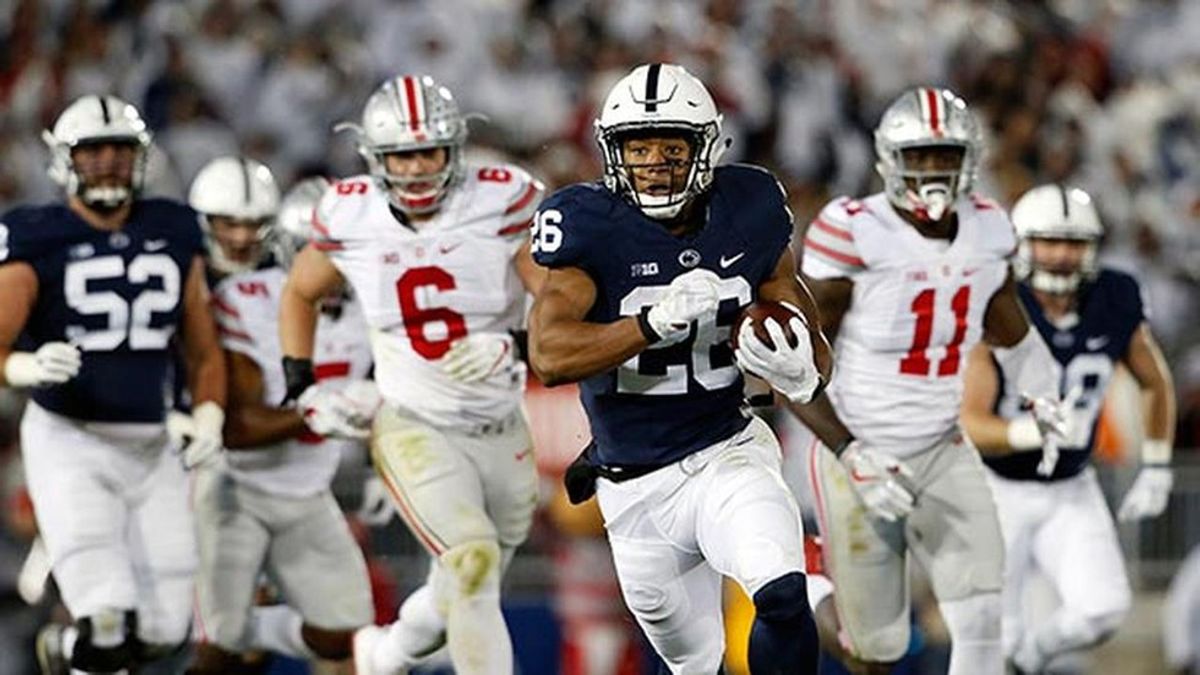 We're more than halfway into this season and I still don't know who's good and who's not. There are seven undefeated teams and between those seven teams, they have four combined wins against teams currently in the Coaches Top 25 Poll. Two of those four wins come from Alabama, who has shown itself to be yet again, the best team in college football by far. With that being said, I'm not even sure how good the teams they've beaten are. I've never been high on Tennessee and I still need to see how Texas A&M is going to rebound from its first loss. Kevin Sumlin still has a lot to coach for, so that could prove to be Bama's signature win. With that being said, I still don't know how good the other six undefeated teams are because they've barely played anyone. As you can imagine, all of this doubt makes it hard for me to do power rankings. Nevertheless, I'm still here for you, the reader. Here are my college football power rankings.

The Alabama Crimson Tide did what they always do, win...by a lot. Following a nineteen point win at home, the Crimson Tide look to be in the clear and headed toward another SEC Championship game. Sure, they have an always tough game at LSU next Saturday, but I nor anyone outside of the state of Louisiana actually thinks that the Tigers have a shot in hell. They also have an intriguing Iron Bowl matchup with a rising Auburn team that has risen to the 15 spot in the national polls, but again, no one outside of Auburn thinks they'll actually win. This is all to say that I was wrong earlier in the season. Alabama is the most consistent powerhouse in the country and barring a catastrophe in Baton Rouge or in Atlanta at the SEC Championship game, Alabama will be representing the SEC as the one seed in the College Football Playoff this year.

The Washington Huskies were up 31-0 on the Oregon State Beavers at halftime on Saturday. I'm not really sure why they played a second half. It was honestly a waste of time. We, however, were forced to watch another half of football where the Huskies' B team played a more competitive game against the Beavers that ended in a 17-10 loss. This may have been the only "L" the A team or B team has taken this season. Unfortunately, scores are cumulative over four quarters and the final score was Washington Huskies, 41, Oregon state, 17. Much like the Crimson Tide, the Huskies will be heavily favored in all of their final four games. There is a chance for Chris Petersen and company to slip up this Saturday at Utah, but is that really going to happen?

We're just waiting for them to play Ohio State, right? Cool. That saves me writing four more sentences of completely arbitrary predictions that may or may not be right about this team when we all really don't know how these teams will play from week to week.

The Tigers had this week off to conjure up more ways to look they will lose and then ultimately win in the end. This Saturday, they will travel down to Tallahassee to play a team that may not be a top tier squad this year, but does have top tier talent that can play above expectations at any point in time. With that being said, Florida State's defense is suspect. Giving up nearly 400 yards and 30 points a game, Deshaun Watson should have a field day with the Seminoles. While the Seminole offense is probably the most balanced unit the Tigers have played this year, I don't see them giving Clemson much trouble. Above all else, the Seminoles have to prove to me that they belong in a primetime game again because we all remember what happened the last time they played a Heisman caliber quarterback.

You didn't expect this, did you? Yes, I am putting the Mountaineers at number five in this week's power rankings. After watching them for four full quarters for the third straight game, I am convinced that they are a top five team. Not to mention, they're schedule lends itself for this team to run the table and get the final playoff spot if the Buckeyes beat the Wolverines at the end of the season. West Virginia's two toughest tests of the season, Oklahoma and Baylor, come on their home field. If there is one game that scares me, it's the Iowa State game on the road right after Thanksgiving, in between the Oklahoma and Baylor games. If they can get through that, they have a shot at running the table and being in serious playoff contention.