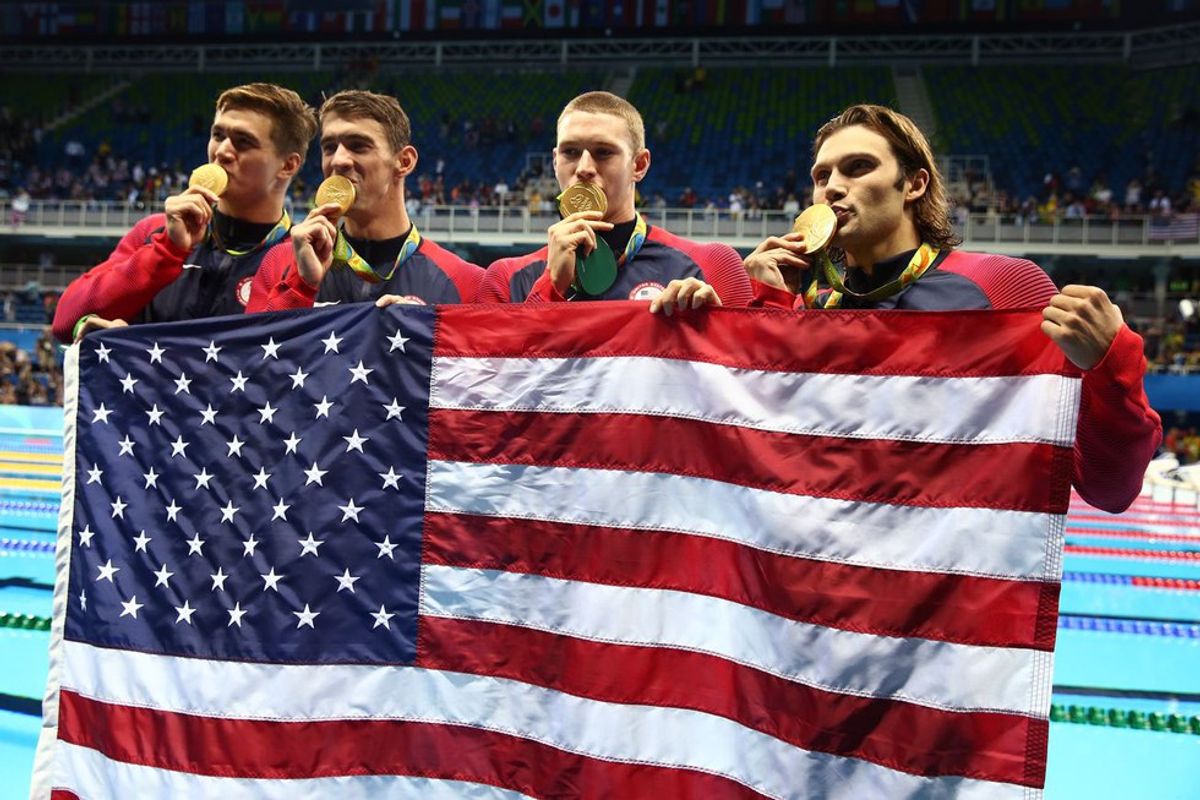 *Medal counts include those who have attended the university before, after, or during their Olympic appearance, do not include the 2016 Rio Summer Olympics and are as accurate as possible to my knowledge

The Buckeyes round out the top 10 with 100 medals. The U.S. Olympic team in Rio includes over 20 athletes with Ohio State connections.

Over 160 current and former Olympians have attended Yale. This summer, Yale students and alumni are representing Canada, USA, and Brazil.

This Ivy League school is tied for the seventh place with 108 Medals. Edward Eagan attended Harvard University and is the only athlete in the history of the Olympics to ever to win a gold medal in both the Winter and Summer Games.

The Texan Longhorns have brought home many medals for the USA team as well as representing other countries in the Olympics. Longhorns have represented and competed for Canada, Haiti, Mexico, Jamaica, Liberia, Nigeria and the Virgin Islands.

Michigan has had their far share of summer Olympic medals. The University of Michigan has brought home a medal at every summer game, except the 1896 Olympics.

This university has seen their fair share of gold medals. In 2012, if Cal were its own country, it would have tied for sixth in the world for the number of gold medals won. Cal is expecting to bring home more gold this summer.

UCLA has a rich Olympic history, during the 1984 Summer games in LA the school helped house competing athletes. The school has also sent 398 athletes to compete in the Olympics.

With 280 medals, this California University takes second place. However, Stanford has 31 athletes competing in the 2016 Rio games so they are likely to add medals to their tally.