To My Ladies NOT In Sororities

If you rushed, you know the drama. You know the feeling. I'm here for you. 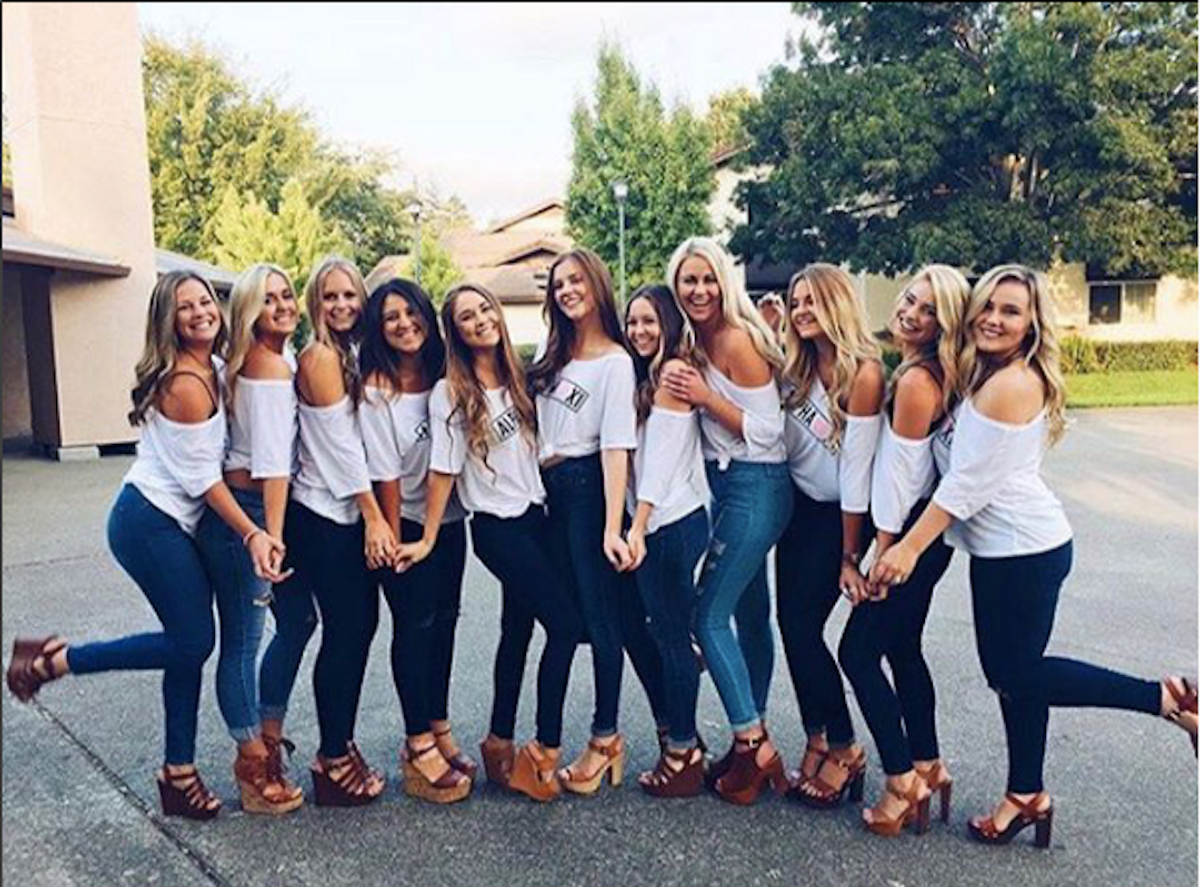 To My Ladies Not in Sororities,

This is for all my girls out there that may have rushed and it just didn't work out. Whether if be your first time or your second time, it hurts just the same, I know.

It's like "Hey, I think I'm a pretty cool chick," but then x number of groups of girls are like haha ya maybe not. Even if you went through it with friends, you're never really going through it together if you get different sororities back for your rounds.

And whether Greek life is a major part of your campus or just a small part, it is a very degrading feeling to go with an extremely screwed up process.

You're going to be upset, even if you don't show it, and honestly, it may take a bit to get over it, but fear not! There are TONS of awesome girls going through the same thing as you!

First of all, rush SHOULD NOT and DOES NOT define you!

Honestly, when I rushed I knew a decent amount of girls already in sororities that I already considered my best friends and other girls that I was friendly with. So you figure, oh I'm friends with them so you have to have some qualities in common, but when that sorority is not in your rounds the next day it really hurts.

But remember, even though you may not get to go to the endless mixers/formals, have cute dinners with your "fam," or sport your letters around campus, it's all good! You are your own person and can not be defined by the stereotypes of certain sororities.

Secondly, your friends may be trying to cheer you up with some of the things they say, but honestly, everything they say may not make you feel better at all. You knew you signed up for the hours spent in chapter, the endless dues, and the "unfortunate" mixers that you must attend on school nights. The best thing to remember is that you are a BADASS and AMAZING and you don't need some stupid greek letters for people to know that.

And as you continue your non-sorority life while your friends have all these new sisters, you will be happy for them, but it there will still be that envy there. (*Disclaimer - To the friends: DON'T just say there are all these benefits to not being in a sorority, like that's not helpful, instead focus on how AWESOME your friend is! She's probably a pretty cool chick and telling her funny stories about herself will make her feel best about HERSELF, not about the fact that she's not in a sorority!)

And finally, we all know its a very interesting and screwed up process, so don't compare yourself to girls that are in the sororities you dreamed of being in. You're most likely cooler than them, so just remember that. Being in a sorority is DEFINITELY not everything at all, while it may feel like it.

Most important of all remember you are amazing! And you are you, that's truer than true, there is no one alive that's you-er than you!

A fellow NOT Sorority Girl