To The Women Who Hate Feminism
Odyssey
CurrentlySwoonLifestyleHealth & WellnessStudent LifeContent InspirationEntertainmentPolitics and ActivismSportsAdulting
About usAdvertiseTermsPrivacyDMCAContact us
® 2023 ODYSSEY
Welcome back
Sign in to comment to your favorite stories, participate in your community and interact with your friends
or
LOG IN WITH FACEBOOK
No account? Create one
Start writing a post
Politics and Activism

To The Women Who Hate Feminism

Why are you so afraid of the F-word? 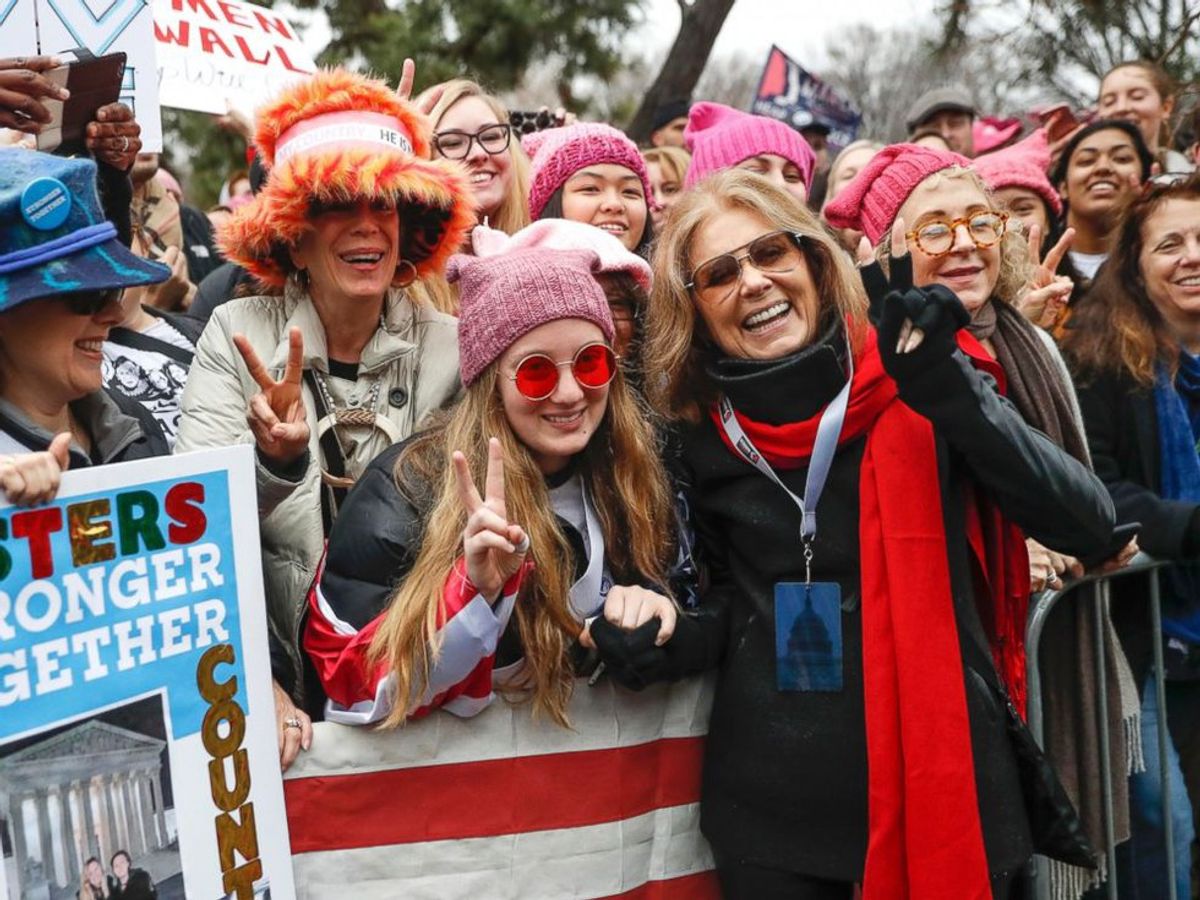 I’ve recently noticed that more and more of you, my fellow women, are speaking out against feminism. It’s a rising trend that I’ve seen especially within the Odyssey community; two articles, in particular, have stood out to me because of their authors’ strong objections to the values of feminism. Both Gina Davis and Amanda Sankey have written about their disapproval of the feminist movement, saying that they want equal rights between men and women but don’t believe in female superiority over men.

It disappoints me, but doesn’t surprise me, that the feminist movement is often confused with female domination. The movement’s association with women’s rights throughout history has undoubtedly garnered some negative attention from people who believe women should be subservient to men. This is the same negativity that characterizes women as being “hysterical,” “man-haters” and “feminazis.” As a result, feminism is identified by critics as being an extremist movement, while those critics advocate for equal rights in the same breath.

SEE ALSO: I Am A Pro-Life Feminist

Feminism’s association with women is what ultimately causes its downfall. It’s sad, but it’s true. Because the definition of feminism makes no mention of female superiority over men; it states that feminism is a movement that fights for the “political, economic, and social equality of the sexes.” Feminism, at its core, is about equality—and isn’t that what Davis and Sankey are fighting for while simultaneously objecting to being feminists?

I don’t blame Davis, Sankey or the rest of you for having negative perceptions of the feminist movement. We live in a world that has marginalized women for far too long—it’s only natural that we become a product of our environment. But it baffles me that I still have to explain the true meaning of feminism in such a juvenile way, as if it is some complicated mathematic formula rather than simple logic. Shouldn’t we all want equal rights between men and women? If you said “yes,” then you, by definition, are a feminist. And if you said “no,” then I strongly encourage you to think about the implications of your answer.

Women, it is time to stop being complacent in your oppression. Stop making up excuses to not be feminists; feminism isn’t about making women live any certain kind of lifestyle, whether it is to get a job or to stay at home and raise children. Feminism is about giving women the right to choose. Why is it that when I say I want equality, critics argue that I’m fighting for dominance over men? It’s a telling sign of the inequality in our world when you think that my fighting for equal rights means that men will lose their rights—we have confused equality as oppression for far too long.

I’m not trying to silence anybody’s opinions. I will, however, encourage discussion and conversation. Because at the end of the day, it’s extremely frustrating to hear you, my fellow women, disapprove of a movement designed to help you because you refuse to understand the sexism that is a part of our society. I don’t blame you—a long time ago, I used to be the same way. But it’s time to stop claiming ignorance. If you do not believe yourself to be personally oppressed, then think about all of the girls in other countries who are. Think about the struggles that, if not you, your female friends and relatives have had to face in their lives. And after you’ve stopped thinking about your own personal life and the privileges you have had, then you can start making a difference. You don’t need to personally experience oppression to know that it happens to so many other women in our own country and in others.

All I can hope for is that you educate yourself and see the world around you not as you want to see it, but as it truly is. Only then will we be able to truly make a change in it.