I Am A Female And I Am So Over Feminists
currently

I Am A Female And I Am So Over Feminists

I believe that I am a strong woman, but I also believe in a strong man. 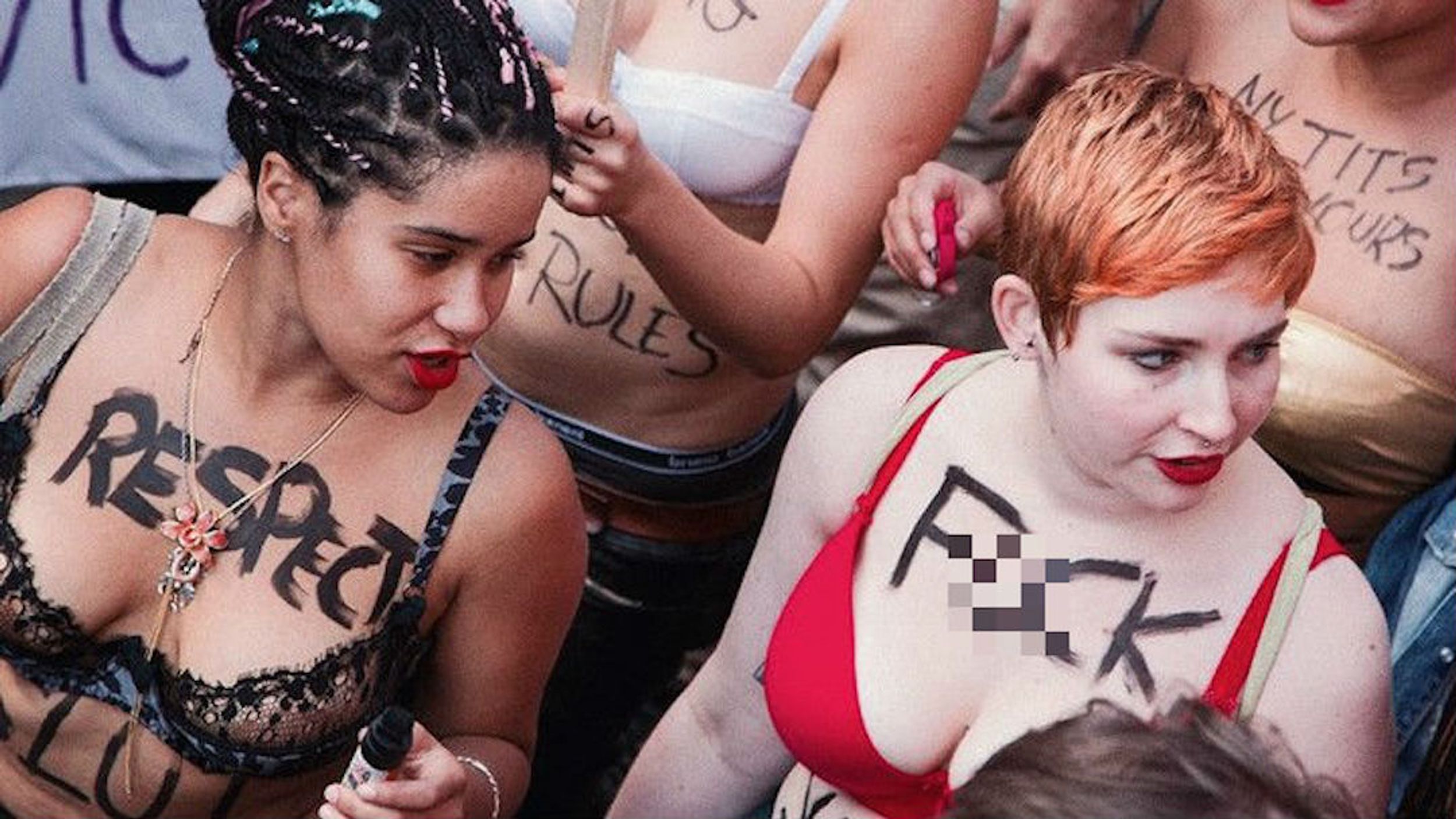 Beliefs are beliefs, and everyone is entitled to their opinion. I'm all about girl power, but in today's world, it's getting shoved down our throats. Relax feminists, we're OK.

My inspiration actually came from a man (God forbid, a man has ideas these days). One afternoon my boyfriend was telling me about a discussion his class had regarding female sports and how TV stations air fewer female competitions than that of males. In a room where he and his other male classmate were completely outnumbered, he didn't have much say in the discussion.

Apparently, it was getting pretty heated in the room, and the women in the class were going on and on about how society is unfair to women in this aspect and that respect for the female population is shrinking relative to the male population.

If we're being frank here, it's a load of bull.

SEE ALSO: To The Women Who Hate Feminism

First of all, this is the 21st century. Women have never been more respected. Women have more rights in the United States than ever before. As far as sports go, TV stations are going to air the sports that get the most ratings. On a realistic level, how many women are turning on Sports Center in the middle of the day? Not enough for TV stations to make money. It's a business, not a boycott against female athletics.

Whatever happened to chivalry? Why is it so “old fashioned" to allow a man to do the dirty work or pay for meals? Feminists claim that this is a sign of disrespect, yet when a man offers to pick up the check or help fix a flat tire (aka being a gentleman), they become offended. It seems like a bit of a double standard to me. There is a distinct divide between both the mental and physical makeup of a male and female body. There is a reason for this. We are not equals. The male is made of more muscle mass, and the woman has a more efficient brain (I mean, I think that's pretty freaking awesome).

The male body is meant to endure more physical while the female is more delicate. So, quite frankly, at a certain point in life, there need to be restrictions on integrating the two. For example, during that same class discussion that I mentioned before, one of the young ladies in the room complained about how the NFL doesn't have female athletes. I mean, really? Can you imagine being tackled by a 220-pound linebacker? Of course not. Our bodies are different. It's not “inequality," it's just science.

And while I can understand the concern in regard to money and women making statistically less than men do, let's consider some historical facts. If we think about it, women branching out into the workforce is still relatively new in terms of history. Up until about the '80s or so, many women didn't work as much as they do now (no disrespect to the women that did work to provide for themselves and their families — you go ladies!). We are still climbing the charts in 2016.

Though there is still considered to be a glass ceiling for the working female, it's being shattered by the perseverance and strong mentality of women everywhere. So, let's stop blaming men and society for how we continue to “struggle" and praise the female gender for working hard to make a mark in today's workforce. We're doing a kick-ass job, let's stop the complaining.

I consider myself to be a very strong and independent female. But that doesn't mean that I feel the need to put down the opposite gender for every problem I endure. Not everything is a man's fault. Let's be realistic ladies, just as much as they are boneheads from time to time, we have the tendency to be a real pain in the tush.

It's a lot of give and take. We don't have to pretend we don't need our men every once in a while. It's OK to be vulnerable. Men and women are meant to complement one another — not to be equal or to over-power. The genders are meant to balance each other out. There's nothing wrong with it.

I am all for being a proud woman and having confidence in what I say and do. I believe in myself as a powerful female and human being. However, I don't believe that being a female entitles me to put down men and claim to be the “dominant" gender. There is no “dominant" gender. There's just men and women. Women and men. We coincide with each other, that's that.

Time to embrace it.

All you need to know about the Oscars this year.

The Oscar Awards, presented on March 27, 2022, proved to be quite an interesting event with some unexpected turns early in the night. Everyone’s attention is on the interaction between Will Smith and Chris Rock, which ended in a verbal and physical argument that left celebrities with their jaws dropped.

The mobile industry is rapidly evolving. The latest improvements offered by new 5G networks are becoming more readily available across the world.

‘5G’, refers to the fifth generation of telecommunications standards for broadband networks. 5G began its rollout in 2019. However, while the network may have been put in place, the full benefits are only beginning to be realized.

The American Drudge Report Is Losing Its Credibility

The Drudge Report has been critical of President Donald Trump since last July, when the President made comments about building a border wall in Colorado.

The Drudge Report has been critical of President Donald Trump since last July, when the President made comments about building a border wall in Colorado. In the same month, the report led with a doctored map of the southwest United States. Earlier this year, the report criticized Trump for saying that he'd pay more taxes than his Republican opponent. However, the report's anti-Trump rhetoric has grown since the impeachment proceedings began.

The US government announced that it will diplomatically boycott the 2022 Olympics in Beijing. Here's why it hasn't worked in the past.

Earlier this week, with less than two months until the official beginning of the 2022 Beijing Olympic Winter Games, President Joe Biden announced a ‘diplomatic boycott’ of the games due to China’s abuses against the Uyghurs in Xinjiang and anti-democratic crackdown in Hong Kong. The UK, Australia, and Canada will soon follow suit in implementing the act.

Odyssey welcomes you back

Odyssey Editorial Team
273087
We hope this email finds you well. Over the past year, Odyssey has taken a step back to review and reflect on where we want to go in the future. We do apologize for the inconvenience and vacancy during these past months.

After much reflection, we are excited to announce that we are ready to welcome back new and old creators to our platform. Odyssey has been making major strides behind the scenes to give our creators the best experience possible moving forward. These changes include a new incentive program for our creators as well as refocusing our mission on our communities.

Even though we have taken some time away, our mission has not changed. We are still dedicated to our creators and want to make sure your voices are heard. We hope you are still passionate about our platform and invite you to start creating with us, apply here to get started.

With that being said, if you are interested in becoming a leader for your community, please apply through this link to be considered. We encourage past leaders to apply and creators who wish to grow in their community as well as with Odyssey.

Until then, if you have any questions, do not hesitate to reach out.

We look forward to hearing from you,
Odyssey HQ