The Mets And Me
Odyssey 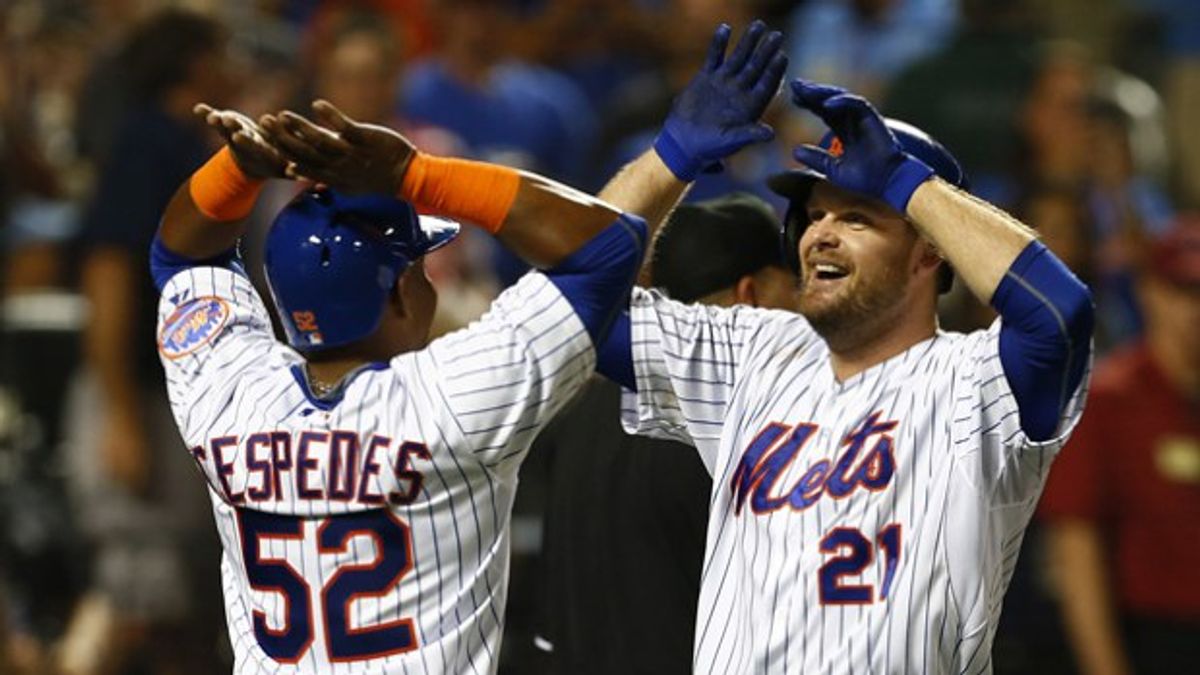 That was my first experience with the Mets. To my five-year-old self, it was as thrilling as a roller coaster. That day I was introduced to my favorite baseball team. Little did I know, this was just the beginning of the wild ride that is Mets fandom. From 2001 to 2006, the daily routine at home in Blue Bell, PA always included checking the Sports section of The New York Times, searching baseball scores for a Mets victory. It was just a regular part of my day and didn't seem like anything big, but right after my 10th birthday, things started to change.

In May of 2006, I was diagnosed with Chron's Disease. I spent seven miserable days in the hospital, with only PlayStation games and Sportscenter to keep me sane. On the 5th or 6th day, I was watching baseball highlights when it came up: a snippet of Carlos Beltran whacking a 16th inning walk-off home run into the New York night against the Phillies. All the stomachaches and blood draws of the past week faded, if only for a moment, as I watched Beltran belt that ball into the sky. In that instant, the Metsies made me happy, and their dominance and division championship in 2006 got me more excited than I'd been for anything in my life.

Sports tend to do that with me. They drive my brain like a truck into splashes of excitement and mountains of agony. The first mountain of agony popped out of my sports world about 5 months after my first stay at the hospital. The Mets had reached the National League Championship Series, and in Game 7, Carlos Beltran stepped back into the same batters' box where he smacked that May home run with a chance to send the Metsies to the World Series.

But the magic didn't happen that time. And history refused to repeat itself, as Beltran watched Strike 3 swoop by him, ending the Mets championship chances.

It was a ball. It had to be a ball. Even if it was a strike, how did Carlos not swing at that? There's no way that just happened.

Tears trickled down my face, and angry curses flew out of my mouth. I couldn't believe it. I was devastated, and I didn't even know it was about to get way worse.

In 2007, the Mets blew a seven-game division lead on the Phillies in the last two weeks of the season. Living in suburban Philadelphia, school the next day was hell. Every two years my Jewish middle school would celebrate Sukkot by going to Hershey Park. This year, every student had to wear red, and every kid wearing a Phillies shirt came up to me and just kinda laughed. After that, not even roller coasters and chocolate could cheer me up and knock down that mountain of agony.

From the next year on, the Mets drove me insane. After collapsing again in '08, the Mets consistently put up losing seasons into the next decade. It makes sense actually. Going through middle school and parts of high school were tough, and swirling that with my bumpy Chron's Disease didn't help.

But somehow, 2015 is looked a heck of a lot different.

The Mets are in first place in the N.L. East and they're finally fun again! While I was away at camp this summer, the Mets finally decided to make some big boy baseball moves, just like in 2015 they called up touted prospects and trading for Yoenis Cespedes, a monster hitter.

I think it actually makes sense that this is the year. After a challenging freshman year academically and socially, Year Two has rolled around beautifully, and I'm loving being a sophomore at Muhlenberg College. After a lonely single last year, I now have an awesome roommate. I'm taking classes that I really like and I think I might have discovered what my major is. My Chron's disease has been under control, I have a great group of friends. and for once, I have a great sense of where I'm going.

It's been fun, and once baseball season ends, I might be a little less happy with just basketball to watch.

But hopefully, I'll still be winning, just like the Mets.