To The Kid That Lost Their Best Friend
Odyssey

To The Kid That Lost Their Best Friend

Losing a best friend can be hard, but it's going to be okay. 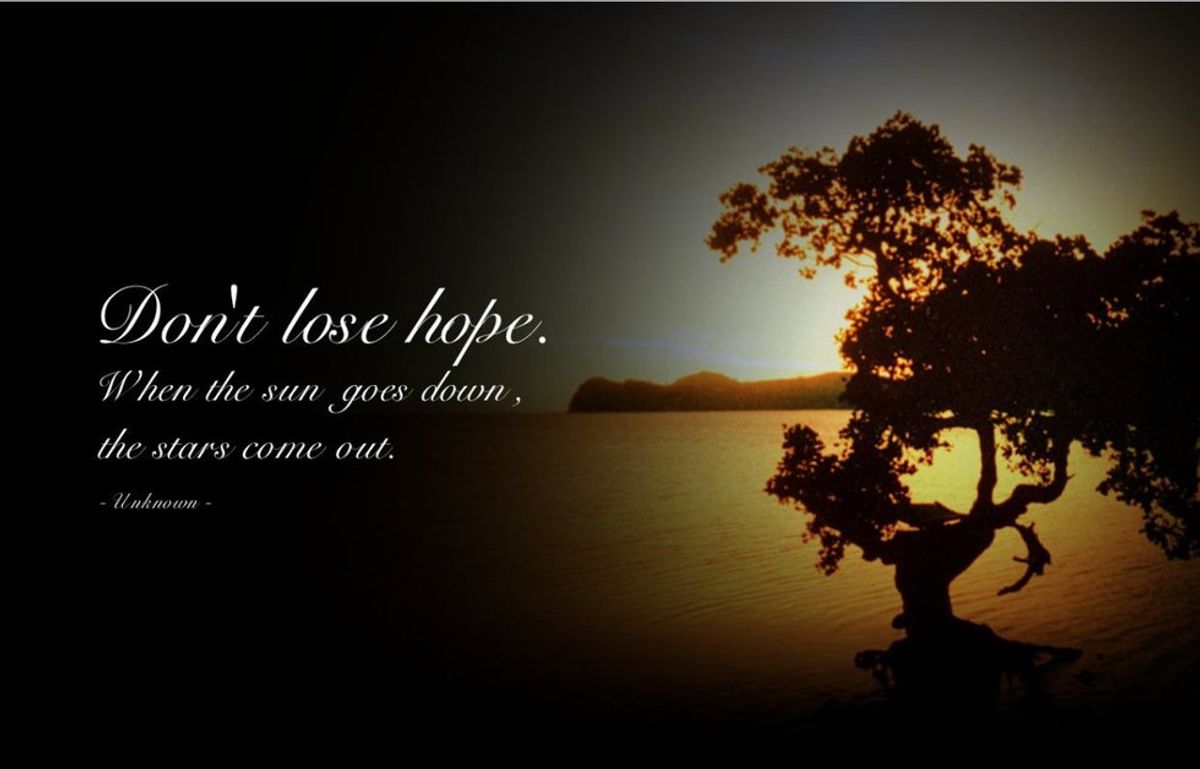 Losing a best friend half way through middle school and half way through high school has changed my perspective on a lot of things throughout the course of my life. There’s always the thought that runs through my head, “What would he be doing right now? How much would he have changed over the years?”

While everybody had their best friend with them at dances, I was taking pictures with memorial t-shirts and visiting their grave.There are always going to be those rude, negative people that question why you’re doing such a thing, or say “it’s been so long, give it a break,” but until they’re in the shoes of the grieving, one will truly never understand. I was so full of life, nothing could have gone wrong, until the unexpected happened, part of me went to heaven. You wish they were here to experience it, so you go out of your way to include them. No matter if it’s raining or shining, you’re going to make sure you put time in your schedule just to make sure they’re a part of that special day.

While everybody got to experience graduation and going away to college with their best friend, I attended graduation with the boys under the memoriam. Everybody was asked to take a moment of silence at Massillon’s for David August Cardenas, and at Tecumseh’s, for Charles Robert Luthe. As the moment of silence began, the tears began to flow. Why did something like this have to happen to such great boys? I wanted to grab my phone and send a text saying, “We did it, now we’re all grown up. We made it!” Instead, I was faced with reality, the boys that were supposed to graduate, didn’t get that chance, because God had a better plan.

Everyone got to experience all of their life accomplishments with their friends, and I just had to remember that mine would be there every step of the way. I have always wanted to become a nurse, and they are my main motivation to do so. David, always wanted to become a professional sport player, whether it be the NFL or NBA, that’s all he talked about growing up. He even gave me his autograph in all of my books. Chas, always talked about the military. He was a part of JROTC at Tecumseh, and most of the time when we talked, the military was brought up in conversation. I often sit back and wonder if their life goals would change, or if they would get the chance to accomplish those dreams, if they were given that chance.

My purpose behind this, is to show that even though life may be rocky, I still have to push through and keep my head high, as they would want. I’m not saying the days will be easy, and that everything in life will be perfect, but I am saying it will be worth it. Live the life that they did not get the chance to fully live. They may not be here physically, but you have gained the best damn guardian angel to ever exist. No matter what, you’ll always have somebody on your side, never give up, and don’t lose hope. Everything happens for a reason, and God always has a better plan.

11 Pieces Of Advice All High School Students Need To Hear