It's not too late to start watching. 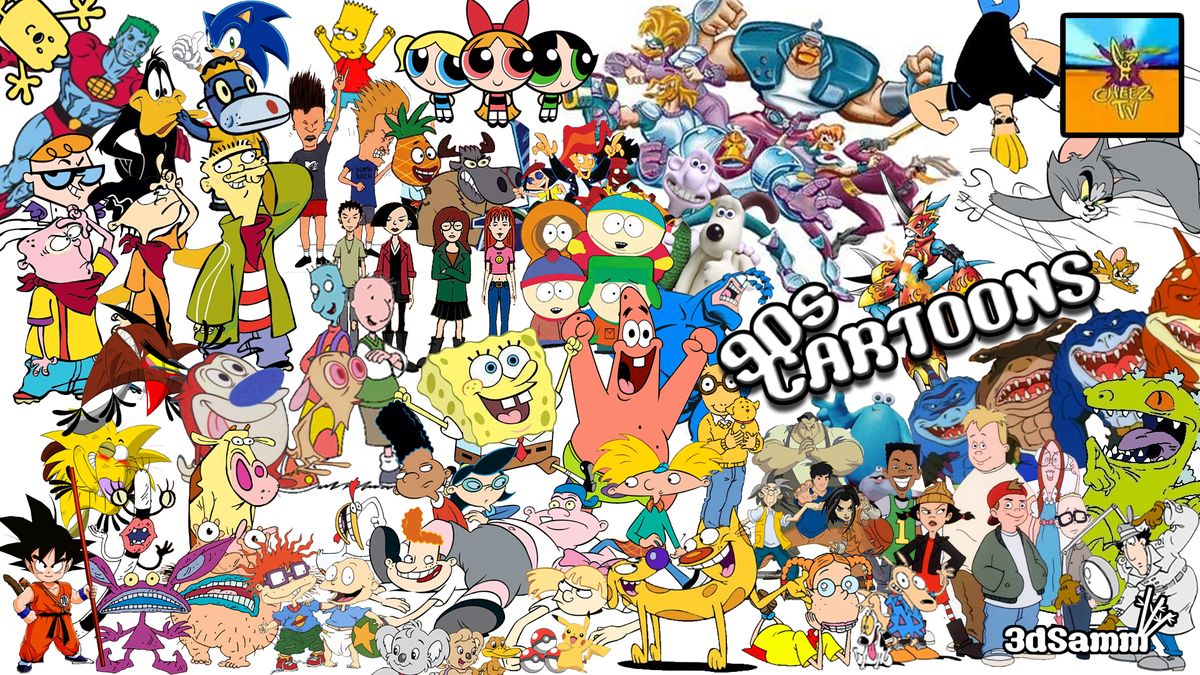 We all miss those 90s shows on Nickelodeon and Disney Channel and aren’t even afraid to admit it. Those shows didn’t have talking dogs that write blogs or whatever else Disney Channel has these days. We had “ordinary” people with comedy added into it. While reminiscing about the shows I used to watch when I was a child, I realized that a lot of these shows had a strong female lead. This time was a turning point in television, and it gave an opportunity for equality and power in television. The shows these days try too hard to be funny and they fail.

Here are some of my favorite shows from the late 90s and early 2000s.

This awesome animated television series from Nickelodeon revolved around four kids who did sports like surfing and skateboarding. I looked up to Reggie, the female. She could really pull off the purple hair and was a star athlete. This is kind of embarrassing, but when I was younger, I had Reggie underwear. The four kids consisted of Otto Rocket, Reggie Rocket, Sam Dullard, and Twister Rodriguez. This show started in 1999 and ended in 2004. Quite frankly, this show should still be on air today. This show was popular and a part of my childhood. I even had a "Rocket Power" Gameboy game, so that is telling you something.

2. Legends of the Hidden Temple

I am going to be completely opinionated right now and say that this show was the best game show on Nickelodeon. Every time I watched this show, I felt like I was actually there experiencing it. This was on air from 1993 to 1995, but they played episodes on Nickelodeon long after that. Six different teams of two children consisting of one boy and one girl had to retrieve artifacts from the temple. However, this was not an easy task. In doing so, they had to perform complicated physical activities (made to look more complicated than they actually are). This show was also quite educational because you had to be physically tough but also mentally tough. You had to answer questions based on geography, mythology, and history.

Rugrats is another animated show from Nickelodeon about four babies who can talk. The four babies are Tommy Pickles, Chuckie Finster, Phil Deville, and Lil Deville. And we all know Tommy’s horrible cousin Angelica who adds some tension to the show. Angelica is like the villain, but she makes the show great. The theme song always entertained me, along with Chuckie’s weird voice.

I don’t know what was bigger: Jimmy Neutron’s brain or his hair. The show follows Jimmy, his robotic dog Goddard, and his best friends Carl and Sheen. Jimmy is always trying to create new inventions, but they do not always turn out the best for him. By the way, if you ever want to hear any impersonations of the characters from this show, I would be more than happy to demonstrate. Oh, and a fun fact for you: A girl voiced Jimmy Neutron’s character.

Amanda, please. Throwback to when Amanda Bynes was actually normal and when Drake Bell was Totally Kyle. That is all I have to say. Even though the skits are irrelevant, this show will make you laugh…a lot.

You know what is funny is that I thought I really was not a fan of cartoons as a child, but I am starting to realize that a lot of the shows I like were cartoons. Dexter’s accent is the best part of the show. Thinking back, that is really the only thing I can remember. He had big glasses, red hair, and a white lab coat. He had a lab in his house and his sister Dee Dee was crazy.

Power to the women -- this show was about three little girls with superpowers. They saved the world by defeating monsters and other unrealistic things, animals, and objects. The names of the three superwomen were Blossom, Buttercup, and Bubbles.

"Lizzie McGuire" with Hilary Duff aired on Disney Channel. This show was a comedy, and it was absolutely silly. Lizzie had two best friends named Gordo and Miranda. Lizzie also had a very dysfunctional family in the show, in which she was always very overdramatic. Her little brother, Matt, always drove her crazy. During some parts of the show, an animated version of Lizzie would show up as sort of an “alter ego.” I have not seen this show in years, but I miss it a lot and feel like it would be popular if it were to air on television again.

I got your attention, didn’t I? If you have never seen this show, that needs to change right now. This show still plays on Nickelodeon very early in the morning. The show is about two hilarious stepbrothers (Drake Bell and Josh Peck) and their sister Megan, who loves to terrorize them. Drake is a flirtatious player, and Josh is a boy who loves science and his studies. Together, they make a great show and if you are ever looking for something fun to watch at 5 in the morning, Drake and Josh is the way to go.

Call me, beep me, if you want to reach me. Kim Possible was a teenager who dealt with villains along with problems of her own. Ron Stoppable was sort of her sidekick and best friend. Oh, and don’t forget Rufus, the naked mole rat.

It’s the future I can see. This hit Disney Channel show starred Raven-Symoné, a psychic teenager. Raven Baxter is a hilarious character with some pretty cool friends named Eddie and Chelsea. Raven has visions and she tries to make them either come true or stop them from happening. Her brother, Corey, also makes quite an appearance on the show as well. This show was probably my absolute favorite show as a child because of the originality and comedy, yet it was also simple.

12. The Suite Life of Zack and Cody

Who didn’t have a minor crush on Cole and Dylan Sprouse when they were younger? They were adorable. This show was about two twin boys who lived in the Tipton Hotel with their mother, Carey. They were always getting into trouble with their rebellion. Maddie and London were two other main characters of the show. Later on, "The Suite Life of Zack and Cody" became the "Suite Life on Deck," in which they ended up living on a boat. However, the original "Suite Life of Zack and Cody" wase way better.

Shia LaBeouf is always trying to fit in with his perfect family in this show. His sister, Ren, is a know-it-all and his brother, Donnie, is an athlete. Louis Stevens (Shia LaBeouf) is always causing trouble and a class clown. This show gave people an idea of what it is like growing up with siblings and as a high school student who is trying to figure everything out.

Jamie Lynn Spears was a normal teenager at the beginning of this show. She attended Pacific Coast Academy (PCA), a boarding school, as Zoey Brooks. She hung out with her best friends named Quinn, Michael, Chase, Logan, Lola, and Nicole. Her younger brother, Dustin, also attended PCA. The friend group was always up to something. With each character’s crazy and fun personalities, the show never got boring. I still watch it sometimes today.

By watching these older shows that really even aren’t that old, you can tell how much better the film quality is now. However, the content of the shows was a million times better 10 and 15 years ago. I miss these shows and the simplicity of these ideas. Producers weren’t trying too hard to make people laugh, they just got good actors who could play the parts well and make the shows funny. So, props to those producers of the shows from the late 90s and early 2000s.

Emmaline B
The Narrative
76643
https://unsplash.com/photos/O0T1SIgHAfM