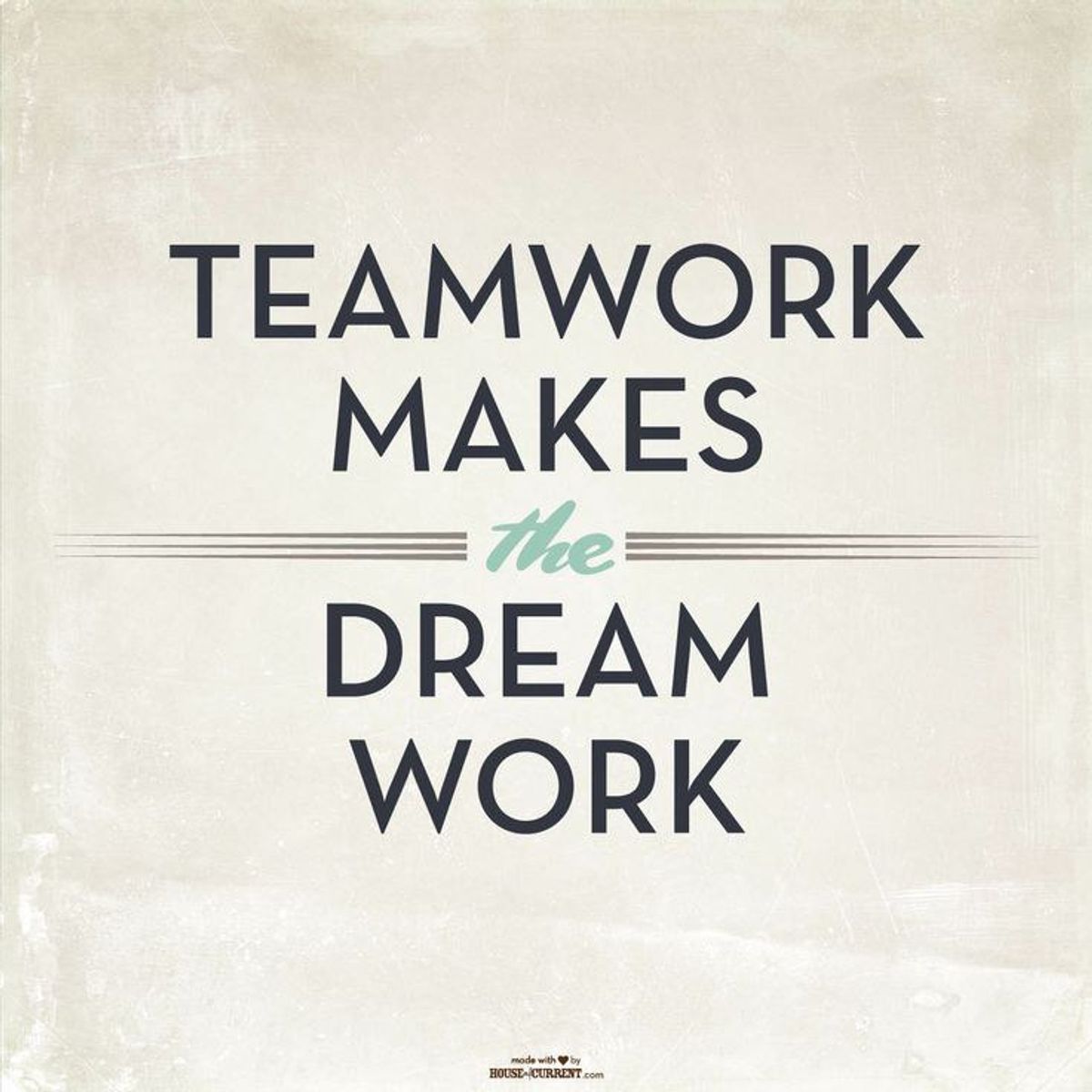 Some teams just cannot seem to get it together. They may have all the talent in the world, but can’t win a game. Usually it’s due to their lack of togetherness; everyone is not on the same page. Playing for the same team does NOT necessarily make you a team.

We have all heard the expression “teamwork makes the dream work.” The expression means a team must have a common goal, a dream, and work together to achieve it. Everyone cannot be doing their own thing and expecting good results. Each member of a team has a role, and for the team to be truly successful, each person must put their own needs and desires aside for the betterment of the team. Basically, do what you can for your team.

Every player is important and needs to bring something to the table. Each individual player has to figure out what their role is. Some roles are bigger than others, but every role is important. If you are just a practice player, your role is to push the game players harder. The harder you work, the harder they have to work. Push yourself to get better while also pushing them to improve. If players are only worried about themselves, they are not doing what is best for the team. A team needs unity. The saying “you are only as good as your weakest player” is a great way to put it. If one person is struggling on the team, it is up to the other players to build them up and pick up the slack in the meantime. We have all had a bad game, so remember that when it is one of your teammates. Encourage them and do whatever you can to help them out. Most of the time, encouraging words goes the furthest. Tell them it is okay, and do not give up on them.

Teams need to understand and appreciate each other’s strengths and weaknesses. For example, a good quarterback knows which players can make certain catches. In basketball, a good point guard knows how to create an open shot for a good shooter. In soccer, a good midfielder will know when to send a long ball over the top. They know if their player is capable of outrunning the defense. Knowing your teammates and their abilities is so important. Sure, you push one another, but you are also realistic. If someone does mess up, do not be quick to judge or criticize either. If a teammate makes a mistake or you see something they need to work on, be the player that works with them, not the one that blames them or makes them feel worse about their shortcomings. Putting others down for mistakes NEVER helps anyone or anything either. It actually just makes you look like a jerk for yelling or blaming them. If you are a team captain or leader, this goes double for you. You should be the one building a team up, not tearing it down. Be a good representative to the team by setting a good example. Work harder in games, stay later after practice, encourage players having an off game, strengthen the weakest player, and be the one uniting the team. You are not the coach, so do not think it is your position to boss everyone around. Be a good leader, and a good leader leads by example. They don’t work less; they work more and much harder. Leaders help resolve conflict, not start it. They do not point the finger, but rather take fault. Believe it or not, it is NOT always the best players that are the captains or team leaders. The best team leaders are players with experience, patience, and a good work ethic. They are good at building people up and helping everyone get better and stronger.

QueenRadhi
The State University of New York at Stony Brook
2275