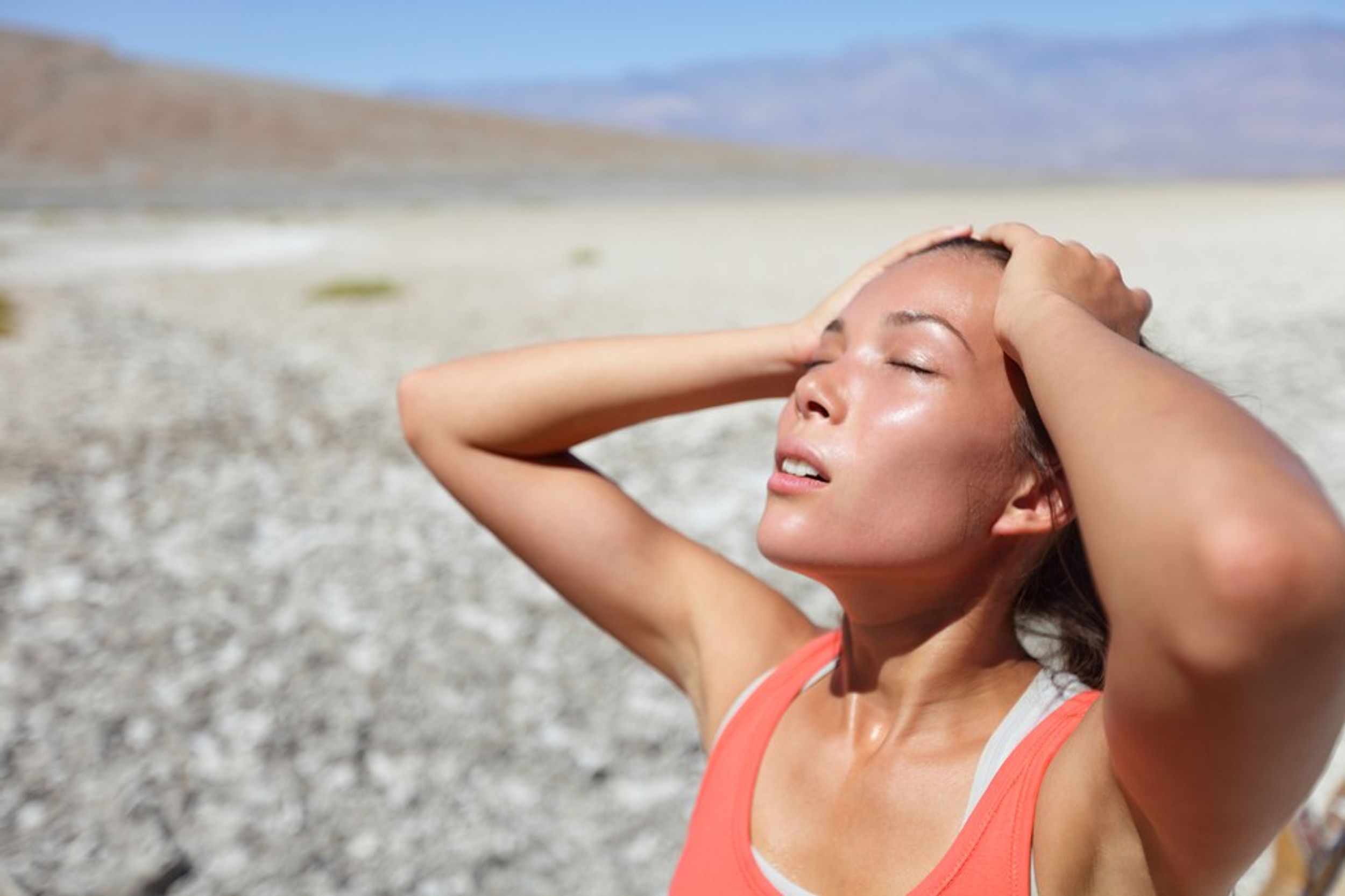 What comes to mind when you think of working out -- hardcore -- and sweating to the point where your face turns red and you look like you just left the water park? It may sound gross, but believe it or not, you actually look great... in a unique perspective.

If you're a girl, let's say you run into your crush, and you had just been struggling through your workout with sweat running down your face nonstop; what do you do? You would probably either run and hope he doesn't see you, or if it's too late and he saw you, you would probably grab a paper towel, wipe your face, and attempt to look as presentable as possible. Now if you're a guy, and you run into your crush at the same place, what would you do? My guess is that you'd probably make it a point that you were lifting extremely heavy weights and had just run a marathon on that treadmill... meanwhile you just ran for like 20 minutes and were lifting 10 pounds, and you were going to call it a day till you saw her. Also, if she happened to be close enough to see you, then you'd probably want to fix your face too.

So what does all of this have to do with how breaking a sweat in exercising is actually an attractive thing? Well, if you're the type that gets pretty self-conscious from how disgusting you look after working out, think about it this way: you're working out. You're doing something that's healthy and strengthening for you, so why be embarrassed?

I was the same way honestly. I used to refuse to go to the gym with anyone else. It was always just me and my loud music playing as I pushed myself through the cardio and core techniques. Just seeing the way I looked after my workout... you wouldn't blame me for being a tad self-conscious. I hated the mirror they have in my local gym; it stretches from wall to wall so it's inevitable to see yourself when you get up from doing crunches or jump squats -- these are some of the ways I'd hate to see myself exercise, as I'd be completely drenched in sweat. Yes, I know, ew. It sounds gross, but it's actually not.

I've changed since then, after I realized how it was ridiculous for me to feel humiliated about how my face was sweaty as a result of exercising. I've gone to the gym with friends, and continued with my regular routine without the need to fix my face every five minutes.

Trust me, you should not feel embarrassed with how you look during and after exercising -- especially if you're on a sports team. It's great that you're on a team, so why would you have to redo your hair, "fix" your face, put on makeup for God's sake, and spray a gallon of perfume or cologne all over you? And yes, believe it or not, people do this.

Now I'm not suggesting for everyone to be unsanitary and just let workout sweat cake your face... and entire body all day. That's gross. All I'm saying is that while you're at the gym striving to improve yourself physically and mentally, warming up before practice after school, or jogging down the street, you should have some confidence in yourself for what you're doing. It doesn't matter that other students or your neighbors in town can see you -- they should be jealous. You're the one who got off your butt in the first place to get in shape.

Do you really think that the Olympic gymnasts don't break a sweat? Yes, they have flawless makeup on television, but in their all-day training routines, they have to work hard. Therefore, they sweat. They would probably vouch for this. Look at how shapely elite athletes like them appear. How do you think they got there? What on earth could they have done to look so slim and toned? They exercise, a lot.

So the way you look right now running on that treadmill or grinding it out on an ab or thigh workout machine, is beautiful. It doesn't matter if you're running slower than the others, or taking a break between those sit-ups -- you're building endurance and strength. You have a goal, and whether that is to lose a few pounds, tone your body, or just to simply get into shape, you look great. Stop worrying about what you look like; worry about that when you're done and need a shower afterwards.