Being The Only Sober Person At A Party
Odyssey
CurrentlySwoonLifestyleHealth & WellnessStudent LifeContent InspirationEntertainmentPolitics and ActivismSportsAdulting
About usAdvertiseTermsPrivacyDMCAContact us
® 2023 ODYSSEY
Welcome back
Sign in to comment to your favorite stories, participate in your community and interact with your friends
or
LOG IN WITH FACEBOOK
No account? Create one
Start writing a post
Health and Wellness

Being The Only Sober Person At A Party

Yes, I'm of age and choose not to drink. 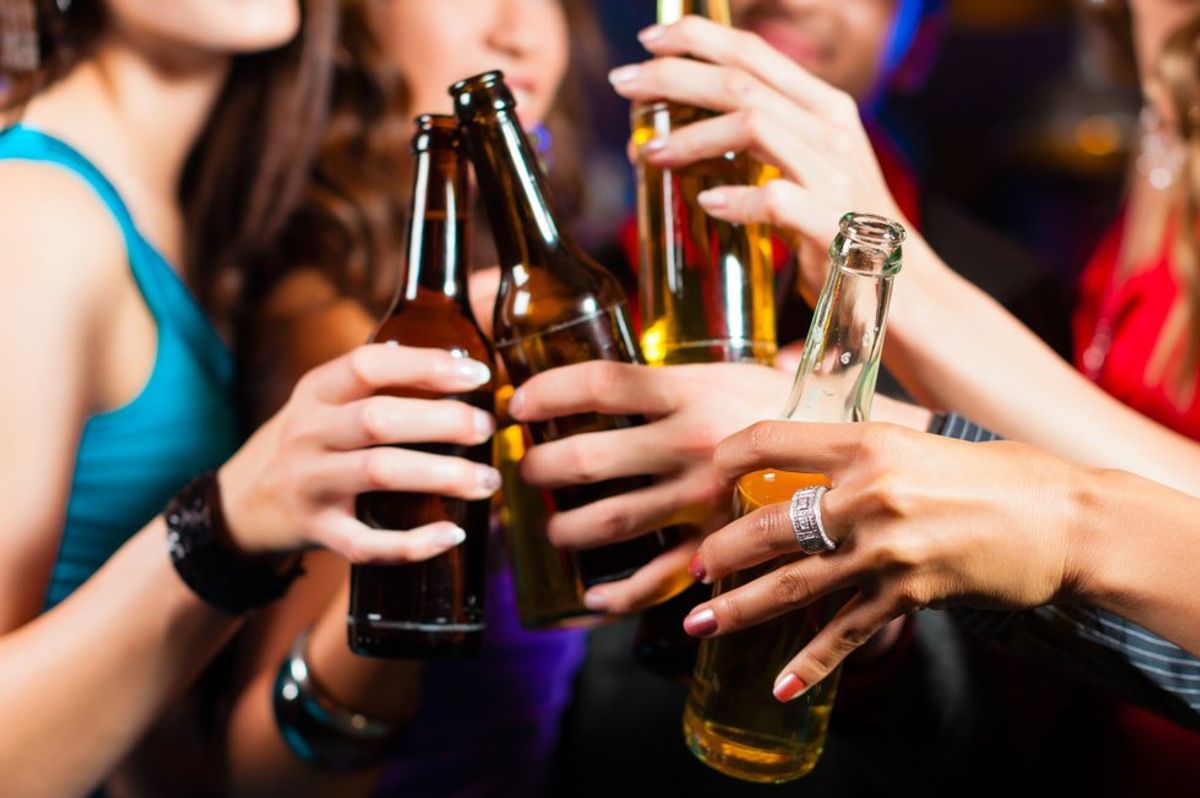 Alcohol and I have had a tricky relationship from a young age. I’m a 21-year-old who decides not to drink alcohol or buy it for others. Of course, there are the occasional shots for menstrual cramps, but that’s a different story.

Rowdy family parties, where people drank excessive alcohol and inevitably broke into fights with each other, left a bad taste in my mouth. From the repetitive experiences I eventually associated drinking with violence.

Obviously, it’s different when you have a glass of wine with dinner versus going all out at a summer party with your friends. I have never understood the fun in drinking to the point of having blurry vision, not being able to stand straight, and puking. The aftermath of a night out drinking perplexes me further – the inescapable hangover and the occasional memory loss.

Choosing not to drink has left me in difficult situations in the past few years. I have had my fair share of interrogation by friends who don’t understand why I don’t drink at all. I’m asked the same questions on loop and even get bottles shoved in my face for a little taste. But the answer will always be, “No thanks.” It wasn’t until recently that I have embraced being the only sober person at the party.

Yes, it can get a little boring being around people who are having a little more fun with their beers and liquor but I get to witness all the silliness that happens. All drunk people aren’t the same and luckily the people I’ve been around happen to act silly and affectionate. I had a blast on the Fourth of July because for the first time I didn’t pout in the corner about being the only sober person at the party.

I drank almost a gallon of water and still had as much fun as everyone else who had a drink in their hands. When asked why I wasn’t drinking I would simply say, “I don’t want to,” and make a joke about it. I’m slowly learning and accepting that alcohol doesn’t equal bad experiences. Everyone has fun in different ways and just because my definition is unique from others, doesn’t mean either is wrong.

Perhaps in a couple of years I’ll get around to drinking a glass of wine after a long day or at a party, but I’m still not there. Being a 21-year-old who chooses not to drink shouldn’t be a big deal. It’s a choice like everything else in life, and this happens to be mine.

Nicole Marie Nigro
Individual Creator
8879
c1.staticflickr.com
Where to start...... Let me start with the cliche that life throws us curveballs and what we do with it is what counts.