I Am A College Student With 0% BAC

I Am A College Student With 0% BAC

Why choosing not to be pressured to party as a college student has been difficult, yet the best and most rewarding decision. 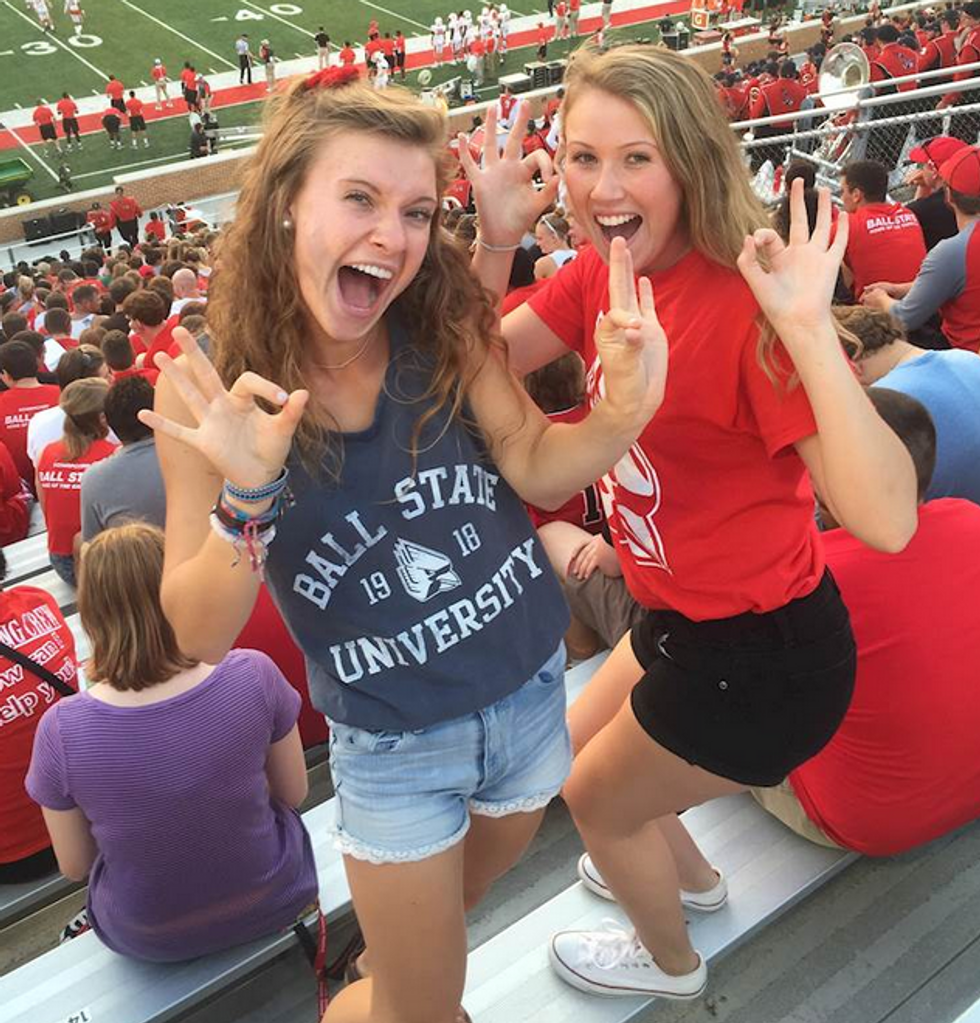 I am probably not your average college student. I don't party. I don't drink. I don't hook up with people.

It is weird for other people to hear that I do not participate in these things as a college student; in fact, even parents are shocked. Many would guess I would want to, since I have so much freedom in college and I don't have to listen to authority figures anymore. Sometimes, not being accepted as the kind of person not involved with partying makes me feel bad. However, at the same time, I am confused as to why it is such a strange thing now.

When I first came to college, I knew partying was a large part of it. But I did not realize how huge it actually was. Everyone parties, and I mean everyone. It is all over social media; in fact, people have to display themselves partying and drinking to all their Snapchat, Instagram, and Twitter followers to make it look as though they are cool or having a good time in college. The pressure associated with partying is even bigger in college than it was in high school.

While everyone dresses up for “Jersday" and goes out to drink at a Frat party on a Thursday night, you have to conform to being “a loser" because you would rather eat ice cream and watch Netflix with your floormates. At least, that is how everyone perceives you.

The pressures associated with college partying are unthinkable. Even people who don't like it decide they need to be involved with it in order to be a part of the “social scene." It makes sense that people feel this way. Everything “fun" or “cool" to do on campus involves partying or drinking is some way.

So, if you do not have anything else to do on a Saturday night, the one option is to go out and party, right? I had this thought initially, but I realized I can do fun things without conforming to the social standards of a college student. I can go out and get Insomnia Cookies with a bunch of girls at 3 a.m. and have the time of my life. Partying does not have to be the only option.

I love to have fun, but I guess my definition of fun differs from most college students' standards. I love meeting new people and dancing like a fool. I love going to the zoo, taking day trips to Chicago, going on picnics, and going to awesome concerts. But making out with random guys, drinking until you puke, and forgetting all of it the next morning does not sound appealing to me.

Sorry if I am the weird one, according to everyone else, but I would rather explore the world around me, and meet new people who can actually speak without slurring their words. It upsets me that people define you as “weird" if you dance like a fool sober. Correspondingly, it is disheartening that people think they are more fun when they are drunk.

Wouldn't it be more rewarding to be fun without the need of alcohol? Wouldn't you rather be a cool person to be around when you are yourself?

People can call me a “goodie goodie" or a “loser" or whatever they want, but I've decided for myself to take on the world without the urge to drink in order to have fun. I like myself the way I am and am able to have fun without drinking. I am proud of that, and I am sure that is weird for some people, especially for other college students. I've accepted the fact that people are going to judge me and ask me why I don't do it, and I am going to say the same thing every time. Why would I change myself for something that is not me?

College is where you can find yourself. Do not change yourself for people who do not accept the real person you are.
social life
Report this Content