Six Months Later: The World Cup's Effect on Brazil
Odyssey
CurrentlySwoonLifestyleHealth & WellnessStudent LifeContent InspirationEntertainmentPolitics and ActivismSportsAdulting
About usAdvertiseTermsPrivacyDMCAContact us
® 2023 ODYSSEY
Welcome back
Sign in to comment to your favorite stories, participate in your community and interact with your friends
or
LOG IN WITH FACEBOOK
No account? Create one
Start writing a post
Sports 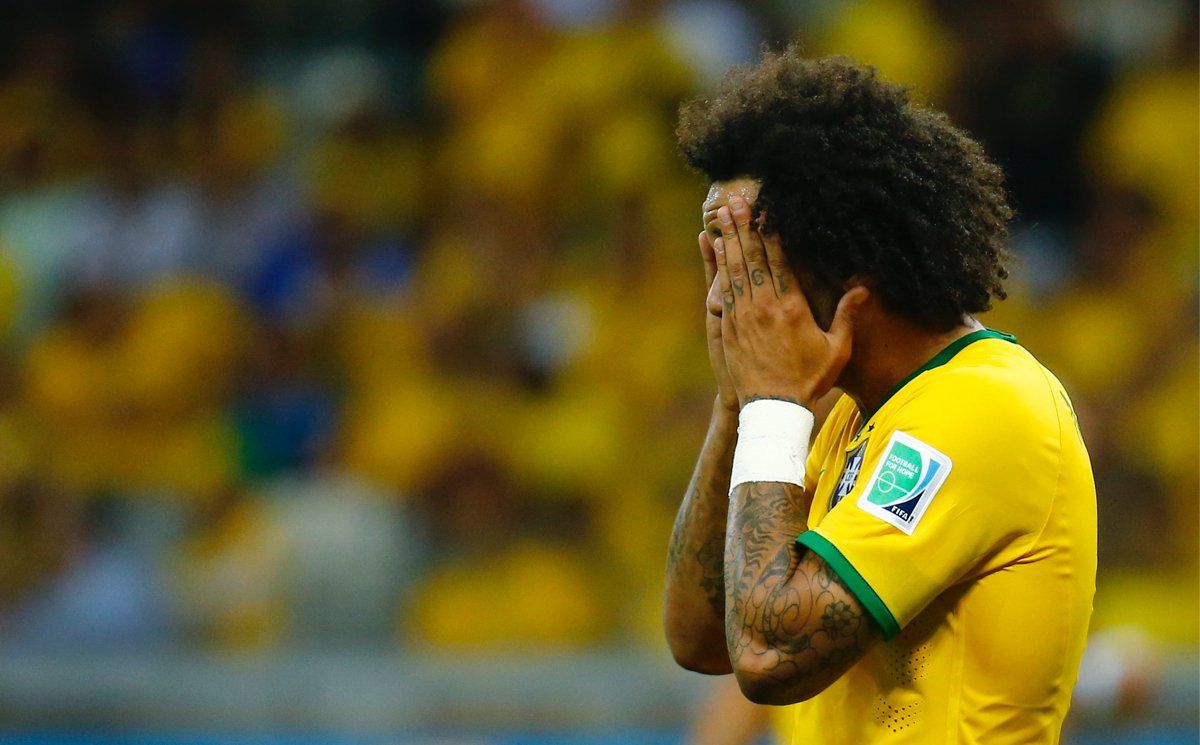 It has been over six months since the completion of the 2014 FIFA World Cup in Brazil, so the effects of the tournament are now starting to reveal themselves. Unfortunately for Brazil, the 7-1 defeat in the semifinal wasn't the only devastating number that came as a result of the world's biggest sporting event. Despite earning the right to showcase their country, culture, and football to the rest of the world, Brazil has experienced negative economic and social effects because of the World Cup.

Despite the Brazilian government claiming that hosting the World Cup created one million jobs and put $14 billion into the economy, statistics show that Brazil may have been better off letting another country play host. One million foreign tourists visited Brazil in June and July of 2014 (when the tournament was played), which exceeded expectations. Not conducive to this increase in tourism, many of the host cities declared municipal holidays on game days, effectively shutting down most of the businesses and failing to capitalize on the significant increase in tourists. Even when host cities didn't declare municipal holidays, a large, yet unidentifiable number of Brazilians skipped work to watch the Brazilian national team and some of the other riveting games. So when businesses were open, they were understaffed. Even though it was announced that one million jobs were created as a result of the World Cup, statistics show that job Brazil's job creation in June was the lowest it has been since 1998. And despite putting $14 billion into the economy, an estimated $11.3 billion was spent on the event. The Brazilian government has estimated that the tournament could pump $90 billion into the country in the next 10 years, which is an absolutely ludicrous number considering the much more stable Germany has only incurred $5 billion in profit since it hosted the tournament 9 years ago.

A long-term effect of the World Cup is going to be the misuse and lack of use of the infrastructures that were built specifically for the event. The Arena da Amazônia in Manaus, where the US national team played Germany, has a maximum capacity of 40,000 people, but will be used by a division-four club with an average attendance of 1,500 fans per match. Since little money will be coming in, whoever is responsible for courting the bill for that stadium, assumedly it is Brazil, may end up paying more to maintain it than they did to build it.

The World Cup had a very negative effect on the social aspect of Brazil, particularly on the lower-class citizens. An estimated 170,000 people were forced out of their homes to make way for the building of stadiums, roads, airports, and other infrastructure. Thousands of these families were relocated to huts that have no electricity or water. The $11.3 billion that was spent on preparing for the World Cup matches the country's yearly cost of providing social welfare to 50 million people. When the number is put into perspective, it shows who the World Cup really hurts.

Nicole Marie Nigro
Individual Creator
8509
c1.staticflickr.com
Where to start...... Let me start with the cliche that life throws us curveballs and what we do with it is what counts.