Stop Asking Women When They're Getting Pregnant

Yes, My Sister Is Pregnant, Now Stop Asking Me When Will I Get Knocked Up

Sorry, nephew, you won't be getting any cousins from me anytime soon (or at all). 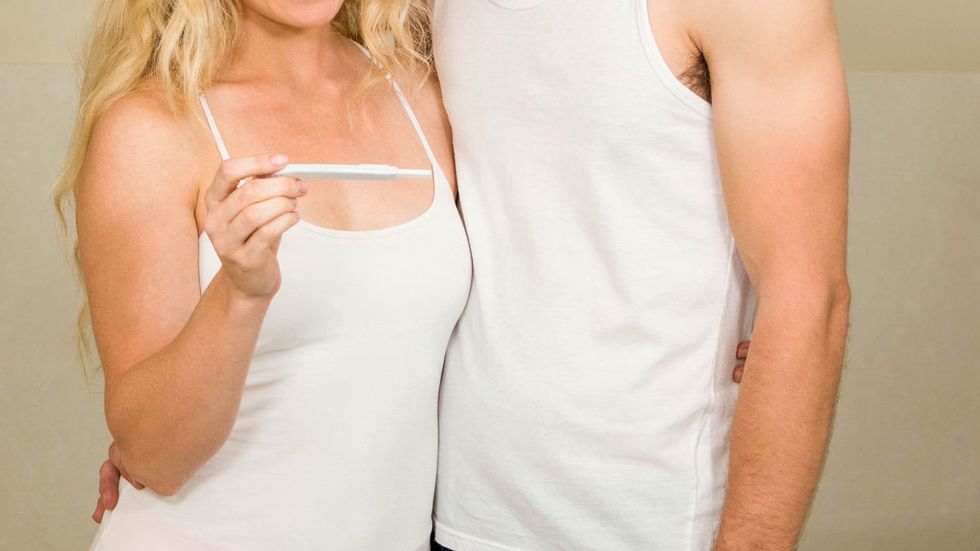 The day my sister told me she was expecting was beyond mesmerizing. Sure, some kids honor me with the name of Auntie Cara, but this baby was going to be my first blood nephew or niece. I didn't tell anyone about the pregnancy (minus my best friend, duh) out of respect for my sibling who didn't want people to know as it was early on. Naturally, once she was ready, I wanted to scream to the world that I was going to be a first-time aunt. I did not expect to be asked such absurd questions about my own thoughts of children, personal relationships, and when I was to "get knocked up" or why I wasn't already.

My sister is 24 years-old, has a steady paying job, has her associate's degree in general education, and a relationship with her baby's father. Her boyfriend also has a stable job and the both of them have a roof over their heads. She is the oldest sibling and has always been the "mom friend," resulting in major motherly tendencies.

I am an 18 year-old college freshman with a job that I only work at when I return home (so far). I can barely afford to take care of my own expenses. I live in my dorm at school and will most likely will be living at my parents' house for an abundance of time because of insane student loans. I have not been in a relationship for well over a year and do not plan on getting into another one anytime soon. I am the youngest child and am used to being babied. Spot the difference?

I am not ready for a child at all.

Babysitting the young ones, I enjoy. But a full-time gig? Nah. I'm not even sure if I want kids because I have to deal with them screaming bloody murder for no reason, running around madly, and throwing temper tantrums at inconvenient times at work; it's not my cup of tea. As I leave that job, that feeling might change and I will possibly want kids. However, it will be after I have started in my career of choice and accomplish everything I would like to before. Why? It's my life and I live it for me.

I would prefer not having to worry about a tiny, helpless human as well. Why is it so difficult for the older generations to understand that sometimes people just don't want kids? Sorry I don't want to make this little person's life miserable and add to the overpopulated earth. We're not having thirteen kids like back in the day when there was no cable, Susan.

Most people who ask me these extremely rude questions double as the ones who would judge me if I was actually pregnant or were trying. They are aware of my age and aware that times have changed, women are not bearing children as soon as they reach puberty. Our society looks down on teenage mothers now, why would I want to be a part of that? There is a possibility that someone is trying extremely hard to become pregnant and unfortunately not succeeding. What will they say when an ill-mannered person asks when they will "get knocked up?" What about someone who has just been through the hardships of a miscarriage? There could be someone who just lost their partner. One day, you will ask the wrong person and they will break down in front of you. Keep your mouth shut.

I'll just stick to being a dog mom and cool aunt for now, thanks.