If emotions aren't your thing, welcome to the club. 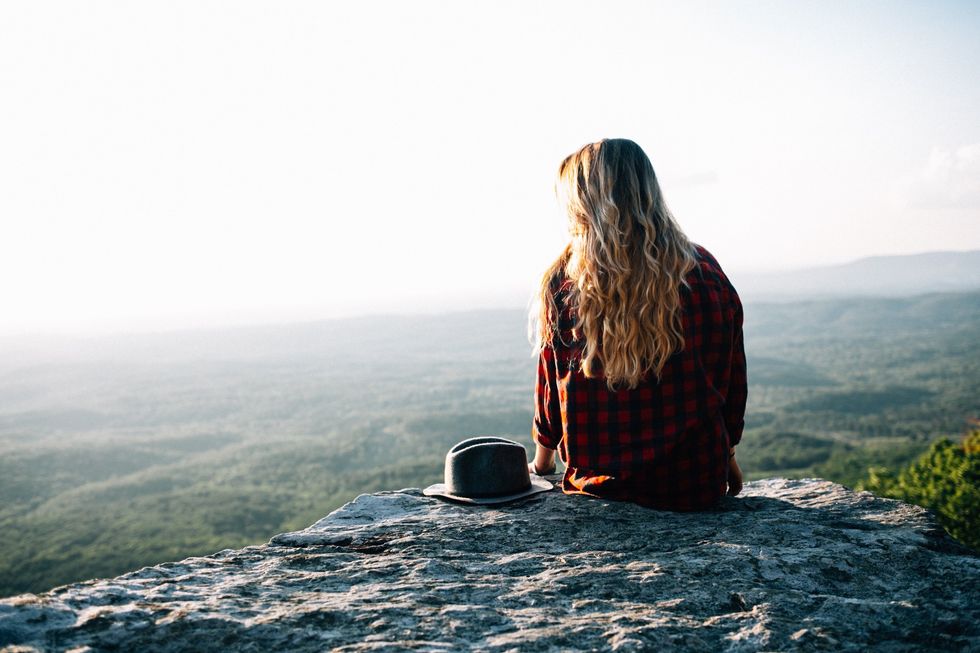 A few weeks ago, a friend forced me to take the Enneagram test, and I felt like I had to. All my friends at college bring up the enneagram and how accurate it was, so I figured I would give it a shot. And they weren't wrong. It turns out that I'm a 5 wing 4, which basically means that I'm an investigator. And after reading the definition of a 5, I realized it was an exact representation of my personality. Here are 17 signs that you too might be a 5 wing 4, though you should still totally take the test.

1. You're a major introvert.

Nothing sounds better to me than just sitting in my room after a long day of classes, or even just a short day of nothing. I need time to recharge, and most 5s do too.

2. Emotions are hard for you to handle.

Whether they're your emotions or someone else's, emotions are a foreign territory for most 5s. Put me in a room with someone who needs emotional support, and I try really hard to be what they need, but it's difficult.

3. You shut your own emotions down.

One of my favorite descriptors of an enneagram 5 is our ability to "emotionally detach," and I've found that to be incredibly true. Most fives can just shut down their emotions or just ignore them, and while that might not be healthy, sometimes it's really convenient.

4. Your space is yours and yours alone.

People invading your space is a hard thing for you to deal with. Your space is where you need to recharge and relax, and you can't do that if someone else is in it.

5s are their own person. They don't like to believe that they need anyone, and they really don't like to take care of other people. 5s don't like clingy people or people trying to help them with every little thing.

5s like to hoard information and experiences, and observing everything allows you to do just that. If you have the opportunity to participate, you'd rather just watch, though you will sometimes participate.

7. You really want to be accepted.

Though 5s, and 5 wing 4s especially, like to emotionally detach, you really strive to be accepted and liked by the people around you, whether you want to admit it or not.

8. You tend not to let too many people in.

Everything comes back to emotions for a 5 wing 4, and you tend to keep most people at a distance. The people you choose to let into your life are few, but you are incredibly loyal to these people. Don't try to get to close too fast to a 5 wing 4. You might end up with the opposite of your intended result.

This might totally be subjective, but many 5 wing 4s favor dark colors, such as black (my personal favorites are black and grey). Dark colors tend to be a giveaway for a 5 wing 4, being their preferred color of apparel.

5 wing 4s are introverts by nature, but they still like to talk in group settings. However, this doesn't always come across in the most polite way. Many 5 wing 4s can come across as brash and rude, so be aware of this.

11. You're probably an INFJ on the Myers-Briggs.

Though I'm not as big of a fan of the Myers-Briggs as I am of the enneagram, there is a general correlation between the two.

Knowledge is another one of the things that 5 wing 4s hoard, and this comes across in your drive to learn and to know everything.

13. You tend to think objectively.

Everything comes back to emotions, and 5 wing 4s tend to leave them out when they're making important decisions.

5 wing 4s might not think with their emotions often, but they still love to think out of the box. Famous writers, scientists, and movie directors are all 5 wing 4s.

Your independence is important to you. Obligations are not your favorite thing.

The world seems like a crazy, chaotic place that often times drives you up a wall. This is where your private sanctuary comes in and your need to be alone.

17. You tend to have a sense of humor that is self-deprecating.

Making fun of yourself is the type of humor that 5 wing 4s are known for.

While being a 5 wing 4 has its challenges and can almost appear to be a curse rather than a blessing, I know that I wouldn't want to be any other personality type!