Your Car's Pronoun Is "It," Not "She"
Odyssey

Grammatical words and phrases rooted in our discourse reflect sexism in modern society. 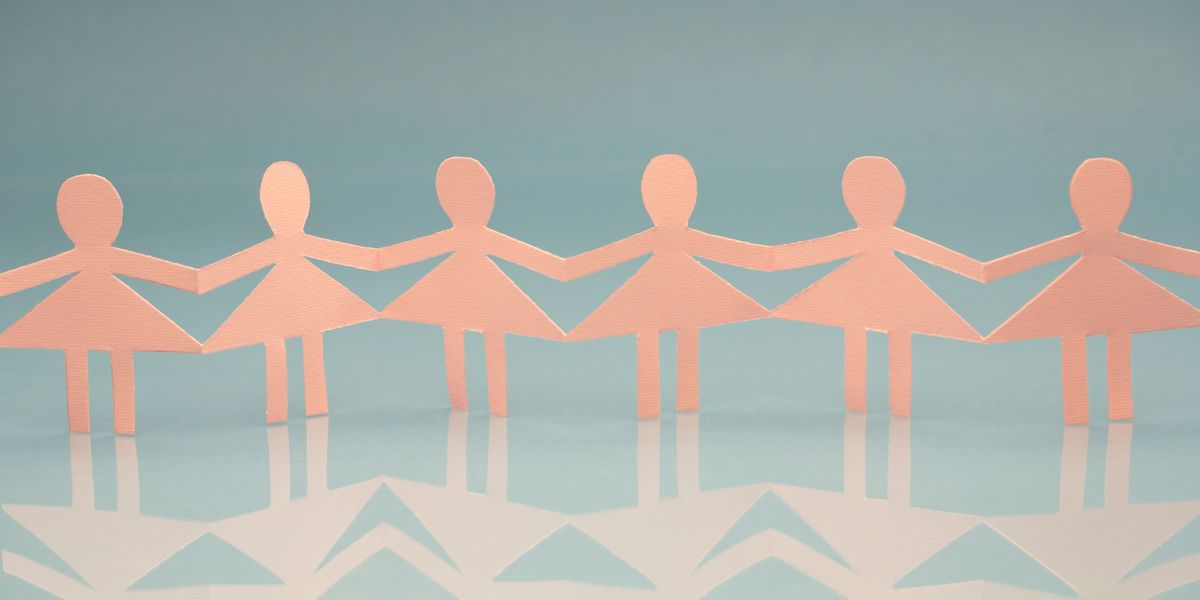 Beads of sweat rolled down my back, seeping through my t-shirt as I waited in the boiling heat last July. My legs dangled off my front porch, overlooking the yard, impatiently swinging back and forth, away from the brick ledge behind them. A navy blue Jeep Wrangler rounded the street, turning left and pulling up and into my driveway. I eagerly hopped down, skipping toward my friend as he jumped out of the driver’s seat, ready to flash his sparkling new car.

I tapped my foot in a daze, zoning out at the dingy, middle-aged man explaining a chainsaw-like tool (?) to my dad at the hardware store last winter. The bearded salesman reached down and plugged a black cable into the wall’s nearby outlet, and the industrial tool churned out a sonorous, metallic purr.

“All right, good, just wanted to make sure she’s working okay,” he said.

I strolled along the Ohio River with my friend Lily, soaking in the mid-morning sun and watching the water ripple onto the pebbles below us last week. As the riverbank turned from silt to marsh, we stepped onto the dock tied to four or five boats, bobbing up and down. We watched as two men explored a sleek, sizeable white yacht, playing follow the leader as the seller explained and the buyer nodded, impressed.

The car, she’s a beauty. The tool, she works. The boat, she’s great - might be the one.

Why do we refer to inanimate objects with feminine pronouns? Why do we characterize them with the same language that often describes women: a "beauty," "gorgeous," might be “the one.”

According to the MLA, Chicago and Associated Press style guides, proper, modern English does not assign gender to inanimate objects. Unlike many other ancient and romance languages, English labels every thing with the grammatical pronoun “it.”

However, somehow, society’s rhetoric has evolved to accept - sometimes expect - certain inanimate objects to identify as “she,” as feminine, equating their value with that of a woman.

Many linguistic experts argue that, compared to most Indo-European languages, English is one of the least sexist in the world. The majority of languages over the greater part of Europe and Asia assign objects feminine and masculine titles (i.e. in English, the Associated Press Stylebook says that “the” can label any object, whereas, say, in Spanish, some objects are labeled “la,” feminine, while others are “el,” masculine).

So, since the dawn of Modern English in the late fourteenth century, the English language has excluded grammatical genders in its rulebook. However, despite precedent, despite any official teachings, our contemporary society has planted and cultivated a discourse that labels inanimate objects as “she.” We went rogue, breaking a small, grammatical victory that has withstood gender inequality for centuries. This linguistic custom, however minuscule, reflected a level of indifference between men and and women. Yet, over the years, contemporary culture has managed to undermine this grammatical triumph with the shift of inanimate objects as “it” to “she.”

Unlike that in many global languages, the official rulebook for English does not classify things as feminine or masculine. As a culture adulterated with inequality and sexism, we coined this grammatical reconstruction all by ourselves, a linguistic change that indeed reflects gender inequality in our society.

Granted, speakers often do not recognize the power they bestow onto the patriarchy each time they call cars, boats, gadgets and gizmos as “she’s.” Although the speaker typically wills to assert dominance over the object when he (and here I go, opting for the singular, masculine pronoun, even though AP style recently accepted “they” as proper) labels it as a “she,” the speaker narrates the process as asserting his dominance over women. The offender equates inferiority with femininity.

Countless words and titles in our discourse embrace the patriarchy, for they employ masculine derivatives for elite and executive positions: MANager, congressMAN, policeMAN, statesMAN, etc. Words that describe the human race and its undertakings include only half of the population, like MANkind, huMAN, penMANship, MANpower, MANual, freshMAN, etc. These words are, of course, accepted and intrinsic in our everyday language. Although these words might never disappear, society should recognize the masculinity so commonplace in our everyday rhetoric, so rooted in words we don’t even think about.

Feminism highlights the importance of recognizing the masculinity rooted in and dominant in our culture, reflecting the evolution of grammatical pronouns that belittles women as inanimate objects, as inferior (and vice versa).

Some sexist phrases that society continues to endorse are, however, not historically or inevitable inherent to our contemporary rhetoric. Patriarchal and sexist idioms, often ones that celebrate rape culture, have weaseled their ways into our colloquial discourse and must be exterminated.

Last month, British supermarket and retailer ASDA faced internet backlash after producing a sweatshirt with the phrase “Boys Will Be Boys” printed on the front. A woman named Debbie Dee sparked the resistance on Facebook, posting a rant about the line and the phrase that “has historically and still is used to excuse bad behavior (in boys and men) like hitting, being destructive or boisterous.”

The phrase “boys will be boys” almost never intends to truly excuse unacceptable male behavior because of the agent’s gender. As Dee wrote, “Most people say this and don’t mean any harm by it.” However, “boys will be boys” repeatedly strikes a chord with feminism. Many women consider the phrase a perpetuation of the patriarchy, while others consider it a perpetuation of rape culture.

The denotation of “boys will be boys” excuses young male behavior on account of his sex, a loud, verbal symbol of the patriarchy (undeniable if not in society than in the English language). The apparent ignorance behind “boys will be boys” makes the phrase an easy target for feminists to publicly denounce. Recent feminism has worked to significantly stigmatize “boys will be boys,” as the phrase faces recurrent negative publicity in the media. However, other phrases and words reveal a partiality towards men in the English language that reflects the same partiality deep-seated throughout American history.

Common phrases-- “like a girl,” “wearing the pants,” and “man up”-- undoubtedly expose the conception of female inferiority and male superiority rooted in our culture. Many fashion magazines, web articles and media (although often intended for women) push against these common phrases and ones like them, which hold equal disgrace and sexism within our language’s decaying standards of gender fairness. Nevertheless, men and women alike continue to offend, allowing archaic and prejudice idioms to pour out of their mouths. These offenders perpetuate longstanding yet foolish gender roles that feminism pushes to shatter.

We need to think before we speak. We should recognize that each time we verbally match women with inanimate things, we equate them with inhumanity and dispensability. We need to work to purge the ignorant and antiquated phrases plaguing our beautiful and complex language. We need to understand the potential of tiny changes that can build great ones, changes in language and in culture.

Caitlin Marie Grimes
University of South Florida
10249
Beyond The States