What I Learned From Working At A Crisis Hotline
Odyssey

What I Learned From Working At A Crisis Hotline

I joined Teen Line because I wanted to be a part of the conversations that so many people were afraid to have. 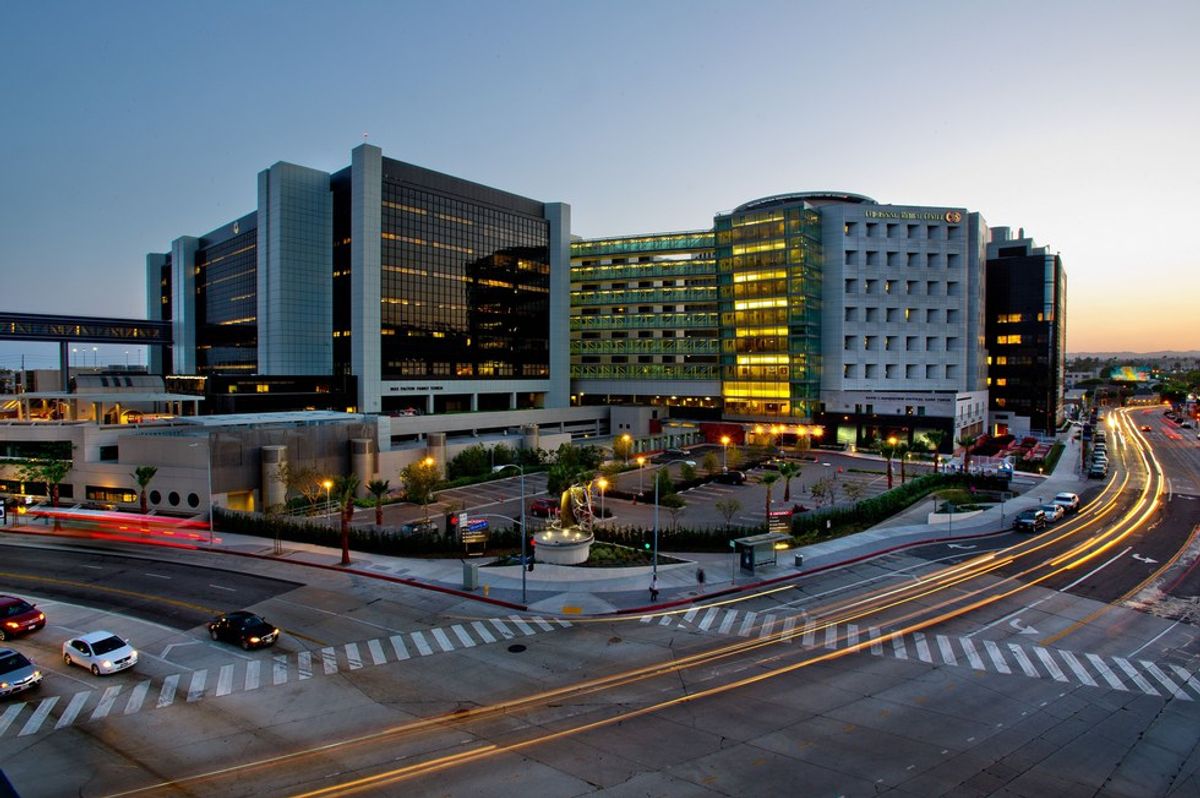 I work for a crisis hotline. I’m sixteen, on the ground floor of Cedars-Sinai Medical Hospital in Beverly Hills, California. This is where I spend my days after school, hightailing it from Santa Monica through the busy streets of Beverly Hills to get to training on time. I pass by the same homeless people, busy bakeries and juice bars every day, determined to get there on time. I always do. If you’re late, you get kicked out of the training. You can’t miss a beat.

The streets that lead me there are hard to navigate. In the typical Californian way, people are cutting me off left and right and honking if I even think of making a full stop at a stop sign. I play my music loudly to try and ignore the beeping and revving around me. The streets are decorated with a mixture of the rich and the poor: On one side elegantly trimmed grass frames a "Beverly Hills" sign, while on my other side dirty, sunburnt commuters wait under orange cement for buses.

I travel through a few different areas on my way to work each day. It starts off with Santa Monica, thick with polished cars and rich housewives carting their preteen children home from private school. Then I hit Culver City, a conglomerate of strip malls and tall office buildings, probably where some of the housewives’ husbands work. Then I hit Beverly Hills, where I never fail to spot a few Starline Tours double decker buses and tourists snapping pictures of the white storefronts. I turn a few corners and I’ve hit Cedars-Sinai, a maze of ten-story high buildings filled with celebrity’s newborn babies and cancer patients.

I navigate my way through the hospital, walking through the main entrance with my lanyard strapped thickly around my neck, reading "Teen Line," on the edges. It’s stacked with seven different plastic cards, from my hospital photo ID to proof of a flu shot, to directions telling me what the different color codes mean if they go off on the loud speakers (Red: Fire, Black: Bomb Threat, Pink: Child or Infant Abduction). I go up to the hallway of elevators and walk inside, usually standing alongside a few doctors in various colored scrubs or a worried family. I pretend I’m in an episode of "Grey's Anatomy" while I wait for the elevator to travel up.

I step out and walk into what looks like an overdone lobby and walk behind the front desk, signing myself in on the computer. After this I go to the Starbucks located on the same floor, ordering a skinny iced mocha with no whip cream. If a doctor’s nearby I know I’ll have to wait longer, because they rush their orders the minute they see them. I go back down the elevator, wandering through another hallway lined with framed pictures of nurses with puppies until I come to the small conference room where Teen Line training is held.

They give us a manual to follow along during training, It’s a white binder, thick with two inches of thin, rough papers. This is everything we’ll be covering for the next few months. The tabs are marked with sections, "Listener Skills," "Environmental," "Mental Health," "Sex and Sexuality," "Self Care" and so on. I skim through the sections on my first day in a sort of ecstasy, thrilled that I’ve found a place where I can finally put all my knowledge of mental health to good use.

There’s something eerie about it though, as I flip through these pages. Some of the sections feel less like tactics and advice on how to handle calls and more personal memories of things I’ve been fighting far too hard to choke back.

I remember I joined Teen Line because I was scared. This is the age of medication. Pop a couple pills, go to work, drive to the dispensary down the road to pick up your prescribed marijuana cookies, go home and spread yourself out on the couch and breathe. And when people question us about it, we simply respond by saying, “I’m crazy,” laughing to ourselves at the sentiment.

We say this phrase with a light intention, as a way to summarize all of our experiences in a single term: crazy.

This word, used as early as 1570, was originally intended as a way to describe someone as “diseased” or “sickly.” During this time, there was a plague in London that killed upwards of 20,000 people, which could be considered the cause for how quickly this phrase grew in popularity. Jump 10 years later, and it was used to describe someone “with cracks and flaws,” or that of an “unsound” mind. In the Jazz age it moved into different meaning, where something that was crazy was cool or exciting. But more often than not, crazy does not come with a good connotation.

Everyone’s heard of what used to happen to those with mental illness in the early days of medicine. The insane asylums, state hospitals, prison wards, even hospitals. Even in cultures as early as the Egyptians and the Mesopotamians, mental illness was treated as something made from evil. People would try to pray these things away, or perform exorcisms to “banish the evil spirits overtaking them.” These people were seen as an embarrassment to the family, and once institutions became a more popular concept, many families would drop off these “crazy” relatives and leave them for the rest of their lives, abandoning them altogether.

And these faculties were not always ones that focused on treatment. People were put in hospitals for being gay, for dyslexia and autism. Some women were even put in for being sexually active or for cheating on their husbands. These places found ways to dehumanize their patients. Electric shock, isolation, confinement, abuse, torture and even human experimentation were all common occurrences in even the most docile of institutions.

In the 1800s, as people realized where they had been sending their relatives for the past 300 years, reforms were slowly put into place in an attempt to better their living conditions. But, as evidenced in novels such as "One Flew Over the Coo Coo Nest," things were not always that much better.

In our modern culture, though we have stopped imprisoning homosexuals and sexually active women just because they had these qualities, things have not altogether improved. There is still an incredible degree of shame and disapproval associated with those who struggle with their mental health. Though we know what bipolar disorder is now, that doesn’t mean that those experiencing manic or depressive episodes are always given time off work when they need to recover. Though we know what depression is, we’re still telling people to perk up. We know what anxiety is, but when someone says they can’t do something we still tell them to just get over it.

I joined Teen Line because this didn’t make sense to me. I wanted to be a part of the conversations that so many people were afraid to have. And in that training room not only were those conversations allowed, they were embraced. I learned skills in that room that no classroom ever taught me—what to do when a friend has a pregnancy scare, how to help someone feel comfortable coming out, how to detect a potential eating disorder, how to step in and help in situations of abuse, how to cope with anxiety and depression and sometimes how to keep someone from taking their own life. In that room I didn’t just learn what to do on the lines. I learned what to do to survive.

A dilemma of celebrating the great US of A.

The Fourth of July is a sensory holiday.

It Is July Already?

Well, the Fourth of July has passed and now you suddenly realize that summer is practically over, and you didn’t do half of the epic fun things you thought you were going to do. For many of us, summer vacation is anything but a “vacation”. Between the hustle of internships and seasonal jobs, we’ve forgotten to have a little fun too. But it’s not too late! With only a few more weeks left of summer vacation, here are five more ways you can take advantage of the rest of what summer has to offer.

Every "Scrubs" Fan NEEDS To Know These Dr. Cox Quotes

Dr. Cox may be the most sarcastic, snarky, and nasty person to ever cross television screens.

Dr. Cox may be the most sarcastic, snarky, and nasty person to ever cross television screens. His long-winded commentary and ability to destroy just about anyone made him terrifying and hilarious. Once you broke through his tough persona, Dr. Cox was genuine, caring and dedicated. He wanted the best for his patients and his interns. Here are some of funniest, most sarcastic and downright mean lines that Dr. Cox has said during his stint on Scrubs.