What’s all the hype about? Don’t believe everything you hear. 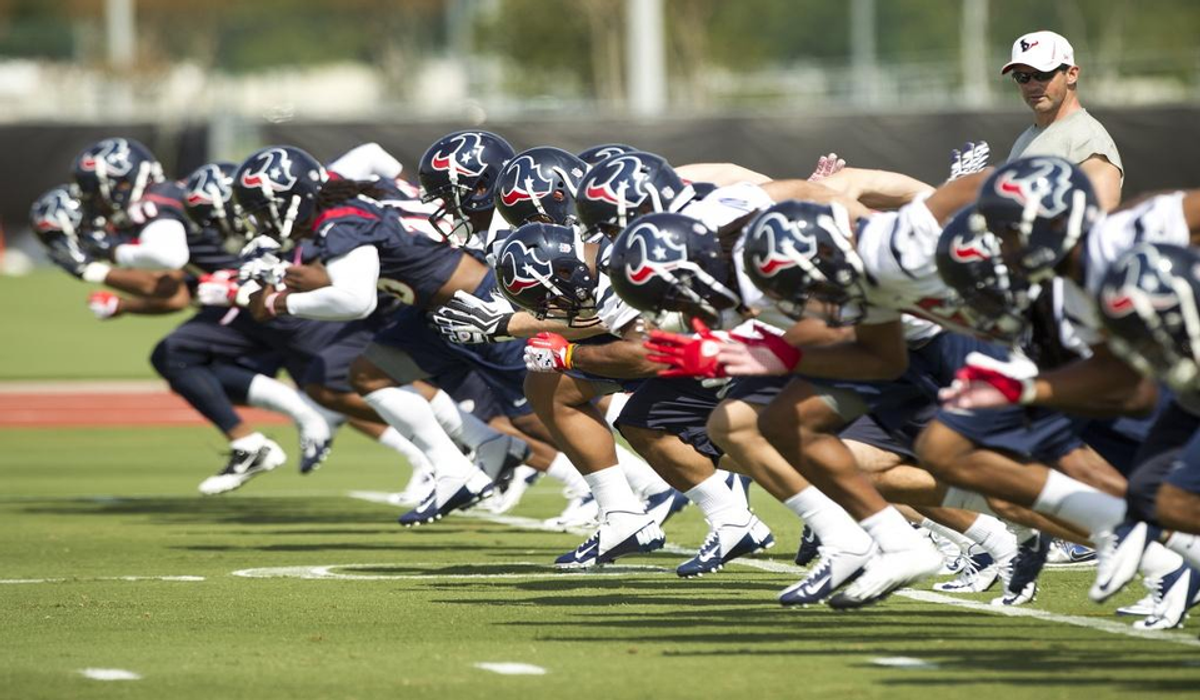 Yes, professional football is an exciting game that triggers testosterone and adrenaline at the shear sight of helmets and pads. However, why is the NFL making such a big deal over the importance of training camp to the general public? Why does the media over-analyze every practice?

I’ll admit it, I like to fantasize about the upcoming NFL season. The new off season additions and story lines bring enough excitement already, but why all the hype for quarterback battles and “roster bubbles” throughout July and August? Just let them play out and support whoever comes out on top. The dumbest analysis has to be “who deserves the starting spot?” and “how good is their incoming draft class?” No one, I’ll repeat that, no one can predict how the season will unfold. Las Vegas tries to do it every year, and more times than not, they can only predict 4-5 teams in the playoffs out of a possible 32.

Here’s the thing that makes life so interesting. The theory of competition says that those who are believed to be stronger don’t always come out on top. Please look up the 2007 NE Patriots and 1980 USSR Olympic Hockey Team if you like picking the favorite. It’s easy to pick favorites because there’s little to no risk and limited research is involved. The underdogs, like my Buffalo Bills, don’t like that sort of thing. The odds don’t tell the whole story. This isn’t a math test where logic is the premier resource.

Forget the analysis, forget the expectations, and forget the odds. When that ball is kicked off the tee at the start of week 1, all bets are off because sports cannot be predicted by a calculator, no matter who is punching the digits. Just sit back and enjoy the game like a casual fan.

Stop trying to make training camp a prime-time event. The unique elements of training camp entail techniques, learning playbooks, watching film and team chemistry. Training camps are made for backyard, high-school culture football that brings players back to their past. Media armies are bombarding team activities, trying to report on story lines that could change sooner rather than later. They report on story lines that may not be true at all!

If I was appointed to be Commissioner of the NFL, I wouldn’t allow any media to attend practices. Questions like “who’s your upcoming star on the roster?” and “why didn’t he practice today?” may seem harmless, but the constant badgering for answers can affect the development process for players of every position and ranking.

I’m sure the Cleveland Browns would love the QB questions to go away by now.

Okay, first thing’s first, NFL Pre-season games are as irrelevant as the Kardashians. Like I said previously, just let the games play out and let the players earn their stripes. Starters will play the first quarter and possibly a couple snaps in the second quarter, but then the game focuses on a team’s depth and supporting roles. The final score means nothing, the final record means nothing, and the story lines mean nothing.

As much as we’d like to think football is just around the corner, it’s still over six weeks away.

Seriously, keep soaking up the sun rays and sipping the lemonade. Football will still be here when September comes around just like Christmas in December. I understand football is a religion in certain regions of the US, but is it really fair to these players and coaches with wall-to-wall training camp coverage that we won’t even remember by week five?