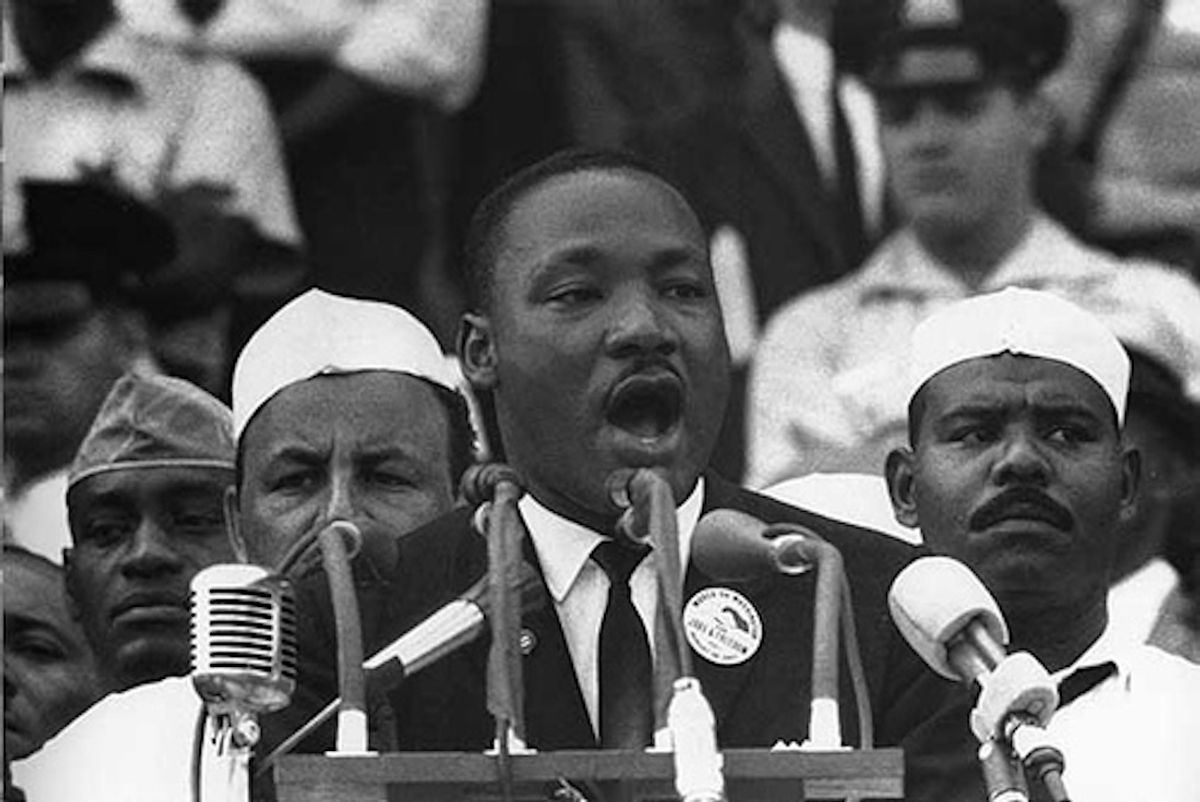 So, I present the ten most powerful speeches from the twentieth and twenty-first centuries. I am only including those made after the widespread use of picture-and-audio-synced cameras. You will notice that there are no female speakers; hopefully, this will change as time, and society, wanes on. The list is in order of oldest to most recent.

1. Franklin Delano Roosevelt: First Inaugural Speech, “The Only Thing We Have To Fear Is Fear Itself” (March 4, 1933).

This speech is among the most widely known of a president. Its meaning became the battle cry of an impoverished people, who were relying on the charismatic, newly-inaugurated Roosevelt to lead them through the valley of the Great Depression. The oration is in great contrast to much of his campaign, which was marked by him actually speaking poignantly very little. Emerging technology also made it more accessible for the average citizen to view or read this speech.

Years later, President Roosevelt took the podium in a Congress chamber to deliver a stern message not only to its members, but the American people. He condemned the monstrosity that had occurred in Hawaii, an act by the "Empire of Japan". Less than an hour after the speech's delivery, Congress approved for the United States to formally join the Allies in WWII.

On a frigid January day, swashbuckling Massachusetts native John F. Kennedy took the oath of office, inaugurating the age of Camelot in the United States that would see the makings of the Cold War. His words stood in contrast to the legacy of his predecessor, Dwight Eisenhower, whose words hardly ever became so impassioned. JFK's youth and enthusiasm, along with his many controversies, make his speeches even more remarkable in the eyes of history.

Just five months before his assassination, President Kennedy traveled to Berlin to reassure the citizens of West Berlin that they were approved of-- and protected-- by the United States. JFK mentions the ages-old "I am a citizen of Rome," relating it to democratic Germany instead. He even spoke in German at parts, his famous line being "I am a Berliner," in an unmistakable Massachusetts accent.

The now-beloved reverend and civil rights leader MLK was a master of rhetoric. His years of training for church and excellent education make him not only articulate, but inspiring too. Hundreds of thousands of marchers witnessed King plea for a future in which his children, and their children, would not be bound by their race.

The speech was given to a congregation in Memphis, mainly concerning the Memphis Sanitation strikes. Little did anyone know this would be MLK's last public speech. As always, he advocated for nonviolence, boycotts, and peaceful protests. His tone shifts near the end. His family and other advisers had seen the danger in Memphis and other places King travelled, and had tried to dissuade him from continuing. He speaks of the possibility of an early death of his; the speech is truly prophetic, as MLK was assassinated the very next evening.

It is common knowledge that the ever-paranoid Richard Nixon was embroiled in scandal several times in his career, especially the presidency. He foresaw his impeachment and decided to resign instead, though not truly admitting his guilt. To this day, he is the only president to willingly step down from an active term.

With the Cold War coming to a close and the USSR on the brink of collapse, President Reagan returned to where JFK had stood to deliver a clear message to "Mr. Gorbachev": to destroy the hastily-built Berlin Wall that split Germany.

The terrorist attacks of that fateful morning made another date which will live in infamy. President Bush left his reading appointment at an elementary school to fly to New York and stand among the rubble with emergency workers and press surrounding him. He had a fireman under one arm and held a megaphone with the other.

Barack Obama, who stepped to the forefront of politics after delivering a powerful speech at the 2004 DNC, defeated Republican John McCain and became the first non-white man to serve as the president of the United States. His campaign promise of "yes we can," followed him through two full terms, leading to the triumphant phrase of "yes we did."

QueenRadhi
The State University of New York at Stony Brook
2959