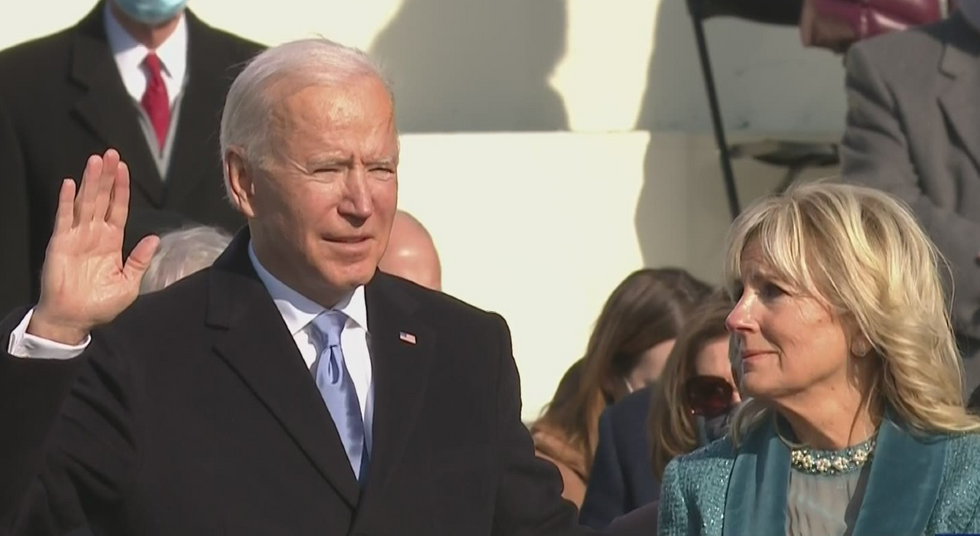 When rioters stormed the Capitol building, it was the day Congress was meeting to certify Biden's election win. This was an important moment because Trump was still pushing the lie of voter fraud. It's hard to know whether this was a move of extreme narcissism or extreme embarrassment. Was Trump so egotistical that voter fraud seemed like the only possible answer to his loss? Or was he aware that he lost fair and square but couldn't bear the blow as such a powerful man?

Something tells me the answer lies somewhere in the middle. Trump himself continually expressed his outrage on social media and at a rally before that fateful day at the Capitol. In his speech, he called on his supporters to march at the Capitol that day and to "fight like hell." This definitely sounds to me like incitement of violence but it will be up for the Senate to decide. Trump has become the first President in history to be impeached twice.

The second impeachment was due to the House's vote that he incited the riots that day. Not only that, it took forever for Trump to condemn the violence. He didn't make any statement until much later in the day, after the damage was already done. He also spent much of the time before the House vote defending his speech at the rally. It wasn't until after the House vote that he posted a video message condemning the violence.

By that point, it felt so insincere it was almost laughable. It sounded more like he was saying, "I don't want to get indicted, so I'm making this statement my advisors wrote for me." It was posted to the White House's Twitter account because Trump had been permanently banned from the platform. His years of ranting and divisive tweets finally led to what many had long been calling on Twitter to do.

This move didn't go over well with many Republicans and Trump supporters. The understanding of Twitter being a private company and, therefore, being allowed to ban anyone it saw fit was lost on them. There was also a lack of understanding of the First Amendment. It actually says Congress shall not pass a law stripping freedom of speech. The most ignorant of the reactions would come in the form of Holocaust comparisons.

A mass genocide that killed 6 million Jewish people and millions of others is not the same thing as being banned from a social media app.

I can't believe that's something that even needs to be said, but I guess that's the intelligence level we're dealing with. Making such nonsensical comparisons is antisemitic and blatantly disrespectful of Holocaust education. We can't minimize and cheapen the severity of the horrors of that tragedy.

Yet, that's exactly what these politicians are doing. And it's not just on the right. No — the left has committed its share of sins as well. For the record, imprisoned children at the border, as terrible as it is, isn't the same as Jewish people being rounded up in concentration camps. And not everyone who disagrees with you is a Nazi. Even the rioters at the Capitol aren't Nazis, they're Neo-Nazis. That term exists for a reason. Use it.

It should come as no surprise then, when we see a rioter at the Capitol wearing a shirt that says "Camp Auschwitz." Not to mention an Israeli news reporter that got harassed during live coverage of the events. I have no doubt this was an attempted coup and insurrection. Everyone who participated in it should be held accountable. And yes, everyone who incited it should be held accountable as well.

The white supremacy that was displayed at the Capitol didn't just include antisemitism. It was littered with racism as well. There were sad, yet unsurprising photos of a man walking into the Capitol carrying a Confederate Flag. There was also an alarming display of white privilege when compared to the Black Lives Matter protests.

Last summer, peaceful protesters were shot with tear gas, beaten up, and in some cases, driven into. Yet, police at the Capitol were nowhere near as aggressive, with some even posing for selfies with the rioters. Windows were broken, people were beaten up, and several people died. But people who wanted to march outside peacefully got more pushback. Make it make sense.

The reaction to such a monumentally terrifying occasion wasn't one I hoped for. Instead of a real attempt at unification, people were either feeling sorry for themselves or infighting. The Twitter feud between Ted Cruz and AOC over who was more antisemitic was particularly amusing. It left me feeling like a mother whose kids were fighting and both needed to be put in time out for misbehaving.

You know it's bad when you feel the only way to get through to politicians is to talk to them like children. However, I felt a very strong feeling of hope at the same time. In the 24 hours before the riots, Democrats Jon Ossoff and Raphael Warnock were declared the winners in their Senate races in Georgia. This helped flip the Senate and give Democrats control. It was particularly comforting to see a Black man and a Jewish man win on a day where so much racism and antisemitism unloaded on our country's Capitol.

It was comforting because it signaled the future. It signaled the fact that, no matter how big of a hissy fit these Trump supporters throw, they have no power. Yes, their hatred is very real and still exists in the world. We should pay attention to it and do everything in our power to rid this world of such hatred. However, the democratic process of our country will go on no matter what. And by the looks of it, we're headed in a much better direction.

The unified front Ossoff and Warnock showed during their campaign should serve as an example to many. There is still much infighting in marginalized groups. Being part of an oppressed group doesn't absolve you of being bigoted yourself. In the past year, many seemed to forget the history of the Civil Rights Movement and how Jewish people marched with Black people.

We lost John Lewis last year, who worked with the Jewish community to fight antisemitism. Lewis served as a mentor to Ossoff and was very supportive of him. Warnock is the pastor at Ebenezer Baptist Church in Atlanta, where Martin Luther King Jr. was once pastor. King was also a friend to the Jewish people and supported Israel. These connections aren't merely coincidence. I believe this signals our country is headed in a brighter direction.

And so, here we are on Inauguration Day. Unlike some social media users, I wasn't convinced that everything would restart once the clock struck midnight on January 1. But I still believe this year and new administration has the potential to be a time of healing. I have hope for actual unity and progress.

As cheesy as the following saying is, it's true. There is a light at the end of the tunnel and I believe we're getting closer to it.

Lawsuits are piling up in the wake of the massive data breach.

Two class-action lawsuits have been filed against T-Mobile in the wake of a massive data breach that left millions of customers' personal information exposed.