The Day I Learned I was White: Jason Webb, Senior Pastor From Milwaukee, Gives a Speech to Inspire Racial Reconciliation

The Day I Learned I was White: Jason Webb, Senior Pastor From Milwaukee, Gives a Speech to Inspire Racial Reconciliation

The following is an adaptation from Jason Webb's speech on January 15, 2018, at Eastbrook Church in Milwaukee, WI for Dr. Martin Luther King Jr. Day Celebration for the Milwaukee Declaration, a group of churches and organizations dedicated to ending systemic racism in Milwaukee. 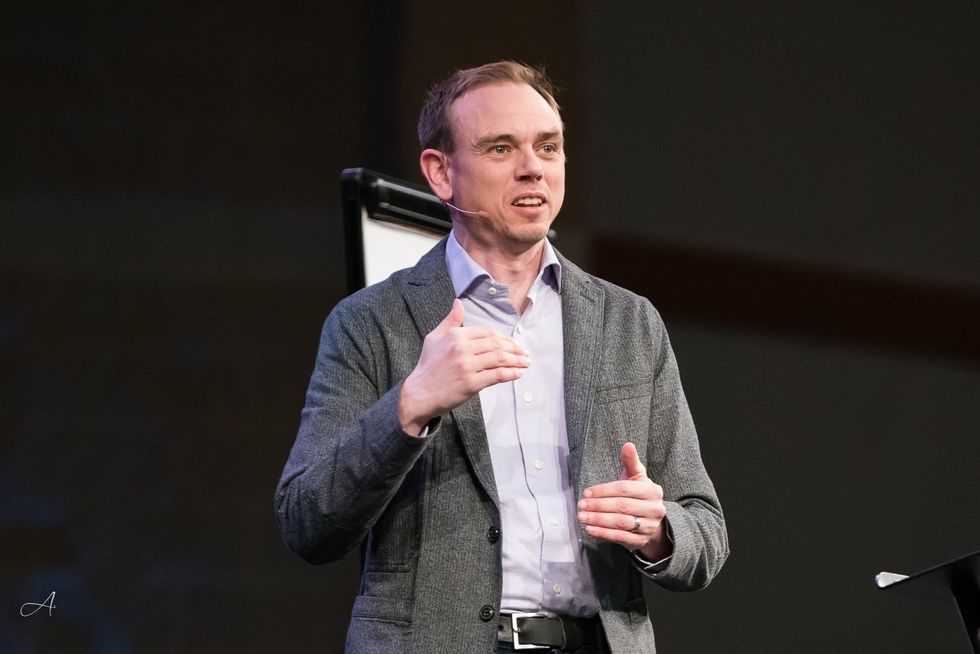 Jason Webb is a Milwaukee-based pastor, public speaker, entrepreneur, and movement leader. He's established and led numerous organizations and churches, such as Elmbrook Church, Brook life Church, Nairobi Chapel, New Thing, James Place, and many other nonprofit organizations locally and globally. Below, Mr. Webb shares his speech called "The Day I learned I was White" to inspire racial reconciliation.

The Day I Learned I was White

When Bishop Harvey asked me to share this evening, I was excited, but then he told me the topic, "I want you to talk about the day you learned you were white." I said to Walter, "I'm white?!" Nobody ever told me!'"

So after several counseling sessions since that moment, I can declare to you: I am white. I am pale as a ghost. I can't dance or jump. I am as white as white can be. (Now, mind you, my favorite singer growing up was Michael Jackson - black, who, but by the time I turned thirteen, actually turned white. So that doesn't count.)

While I say that, all tongue in cheek, the reality is that while I always knew my skin color was white, each day I learn what it means to be white.

The day I learned that I was white was in third grade and another white friend pulled out a book of jokes and read one racist joke after another and I laughed, but something inside whispered, "This isn't right."

The day I learned I was white was when my nearly all-white church in a nearly all-black neighborhood only allowed the "neighborhood kids", which was code for "black kids", to certain events and they locked down parts of the building for those events.

The day I learned I was white was when I was a teenager and people I loved told me about a deeply intellectual speech they heard but then added these words, "and he was black", as if that were a surprise.

The day I learned I was white was the day shortly after we adopted our black son in Kenya and we couldn't figure out why, after a couple of months his skin was so gray and chalky and cracked until a black friend of ours told us, "You know black people have to put Vaseline on their skin every day right?" (Oops!!)

The day I learned I was white was the day we received a phone call from the principal of that same son's school telling us that a white kid said to my son, "I don't want to play with that nigger." I had no clue how to parent him through that.

The day I learned I was white was the day not too long after that event that I reflected on all the things my father never had to teach me: how to not look suspicious at a store, where to put your hands and how to speak to an officer, how to present yourself in an interview recognizing that you begin in a hole based on your skin color.

The day I learned I was white was the day I spoke with Pastor Paco Cojon, the pastor of our Espanol campus, and he told me how terrified his congregants were that they would be deported, even though they were in the United States legally.

The day I learned I was white was the day I finally accepted the reality that systemic sin is a reality: in education, business, housing, the judicial system, in nearly every arena of society.

The day I learned I was white was that same day when I came face to face with the reality that there is such a thing called white privilege and I had leveraged it to win at life without even realizing it.

The day I learned I was white was the day I realized that I, as the Senior Pastor of a mainly white suburban evangelical mega-church, had a moral and biblical obligation to speak into these things. Yet when I asked fellow suburban white evangelical pastors how they spoke into these things, more than 90% of them said, "Oh, I don't. It's too risky. Jason, I would strongly advise you not to say anything."

The day I learned I was white was the day I started speaking about God's call to racial reconciliation and was labeled by many, many people in the church as a liberal, a socialist, an ego-maniac, unfit to be a pastor, a disgrace, a shame, a false teacher, a wolf in sheep's clothing, and, worst of all, unbiblical. This was despite the fact that my Savior, who crossed racial lines himself, has given all of us, the Bible says, the "ministry of reconciliation."

The day I learned I was white was when I realized my momentary pain and sadness over these vile statements were nothing compared to the constant pain, sadness, and misunderstanding that my brothers and sisters of color experience daily.

The day I learned I was white was last Monday, despite my passion for racial reconciliation and justice, as I was walking in my Milwaukee neighborhood and saw a black teenage boy in a hoodie and I immediately feared for my safety only to have him smile at me as he passed. I went and repented to my God.

And the day I learned I was white was today in this place when I realized that my role is not to speak but to listen, to enter into a story that I do not know, to come alongside leaders of color in this great city not as someone with answers but as someone who must follow first.