It's not always easy to tell... 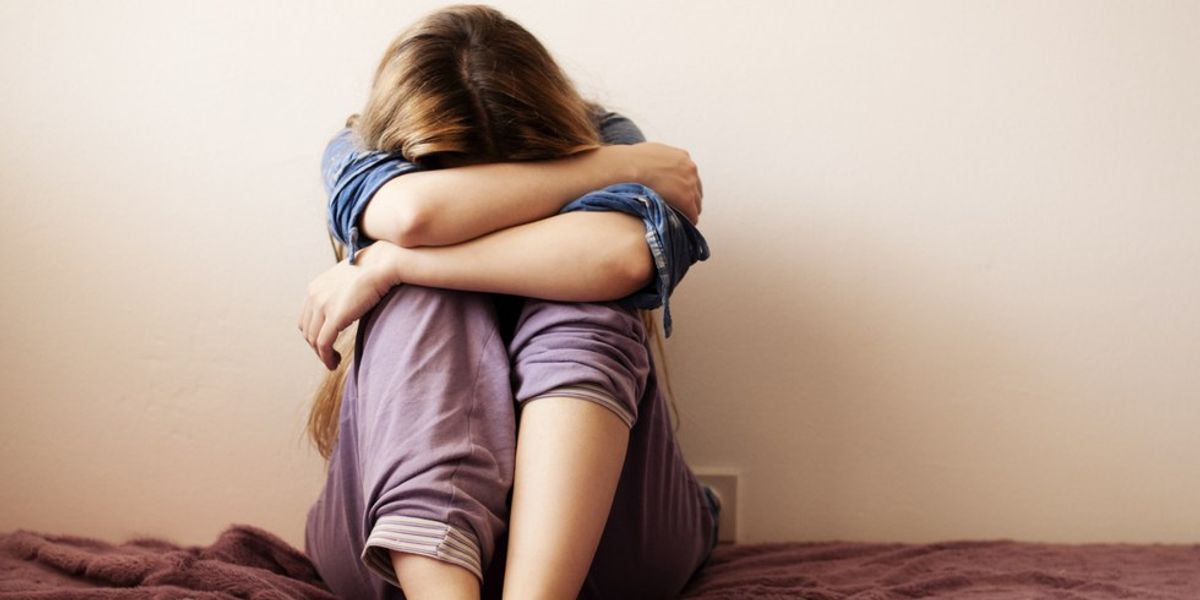 It's time everyone started speaking candidly about mental illness. But since that time is not now, I've decided to share the story of one of my friends, who suffers in silence out of fear of the impact it will have on her friendships, career, and daily life. It's hard enough to struggle with these things, it's even harder when you feel like there is no one for you to talk about it with.

My friend struggles with depression and eating disorders. Not sure where it seems to have stemmed from, she knows that it began in the eighth grade with a bad bout with anorexia. She lost around 20 pounds, but could only see the fact that she was now smaller. She couldn't see the bags under her eyes from exhaustion and her slowing mile times. She could only hear the boys around her telling her how good she looked. She couldn't hear her stomach growling after a long day of only water and a few mashed potatoes.

Depression came in different rounds, showing up when she least expected it. Sometimes, she said, it came with a trigger, and sometimes with no warning at all. Sometimes within the confines of a sports team, and sometimes a point where she was surrounded by no one at all. The hardest part is not knowing when it will hit her next. I feel helpless because it seems like there is nothing that I can do to stop it from crippling her in anxiety and self-loathing. But no matter how I feel about her depression, it is worse for her.

The problem for her has never been recognizing that she has a problem. She already knows, it's the fact that she knows it is bad but her brain still tells her not to put too much food on her plate. She knows that her life has meaning, but that doesn't stop her brain from telling her she is worthless and she will never amount to anything. She knows she has friends around her that love her to the end of the Earth, but that doesn't mean that she doesn't think that every time she texts one of them, they don't respond because they secretly hate her.

When she told me her problems, I knew the important thing was to support her, and understand that I may not always be able to help her get better, but I can be a support system to help her get through the rough times. She said the best thing anyone has done for her has been a friend constantly reminding her every day how important she is to so many people. She helped her to get out of bed and go to class on the bad days and congratulated her on the smallest victories.

If you or someone you know struggles with mental illness, it is important to help them seek help, but also to support them no matter what. Sometimes it is hard to go talk to a professional.The most important thing is that they know you are there for them. Because things like depression already make them feel alone, they don't need to be truly alone.