Azealia Is Ignorant, And So Are We

Azealia Is Ignorant, And So Are We

Maybe we shouldn't be so quick to discredit the dark-skinned black women's woes in the media. 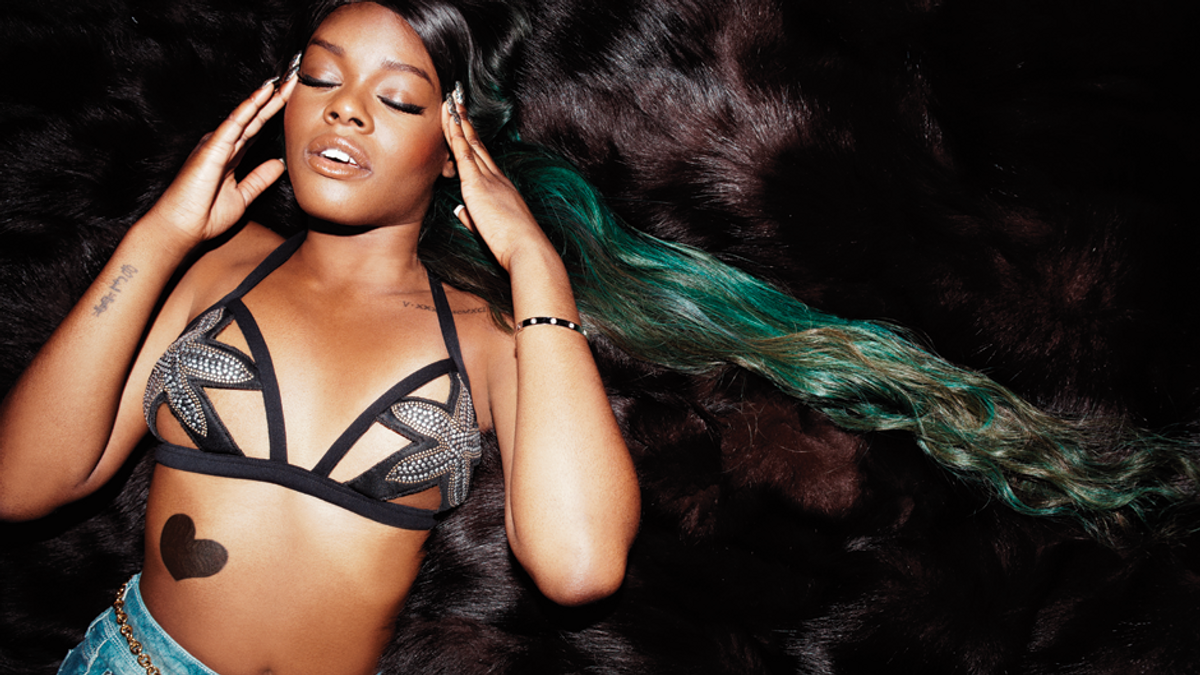 When I first heard of Azealia Banks in late 2011, I was excited to say the least. The song “212” was on constant repeat and even Eve recognized her talents stating, “I like Azealia Banks. I think her style is dope. If you listen to her lyrics, she knows how to wordplay and I think that’s cute."

To this day I can still dance to every part of Azealia’s 1991 video, I can reenact the whole Liquorice song and video solo, and I can spit word for word on Van Vogue. While we’re on the subject, let me just add that Azealia’s videos have always been well put together and artsy. Simply put, Azealia was an up and coming young, black female visionary and I was here for every part of her creative process.

When Azealia began getting mainstream traction, I was beyond proud. I genuinely thought she deserved every bit of success coming her way, but that traction seemed to always be some kind of beef. If it was not with Iggy Azalea and T.I, it was with Lil Kim or Erykah Badu, or perhaps taking shots at Nicki Minaj, and fast forward to today, it’s calling Zayn Malik a “curry-scented bitch.”

But Azealia’s most recent beef seems to be with herself and how others are perceiving her actions. Earlier this week, she posted a video where she commented on how she’s receiving backlash for bleaching her skin yet no one had any criticisms when she was wearing 30-inch weaves and said that not only was skin bleaching no different than wearing weaves or getting a nose job, but her decision to do so does not negate her intellect or prior comments on being pro-black.

Now, after getting over the initial contradictory nature of such a statement, I was very concerned with just how that declaration came about. Yes, to many, Azealia’s proclamation just made no sense. While I do agree with her in the sense that her decision to skin bleach does not correlate to her lacking intelligence, it does seem to be the most hypocritical thing a pro-black activist could do. Do I look at her differently because of it? No. But the fact of the matter is no one will take someone skin bleaching as a serious advocate for pro-blackness. I will say however, I can see where Azealia is coming from.

She has done and said many ignorant and disparaging comments in the past- there is no denying that. So much so that until writing up this article I almost forgot just how much I used to love her. But further than her ignorance, many people are very ignorant to the fact that being a dark skinned black female is pretty depressing. I am not surprised by Azealia’s skin bleaching because it was obviously coming.

Last year, she posted a string of tweets commending Diana Ross, Lil Kim, and K. Michelle on their skin bleaching efforts. She also admitted that it was depressing seeing lighter women with worse music than her advance and that being a dark skinned black female made her want to “lay down and die.” I would be lying if I said I too have never felt that way.

Of course, Azealia’s mentions are drowned in hate speech (although they pretty much always are), only this time it’s for bleaching. As is the case with Lil Kim.

Kim has stated that her bleaching and plastic surgery are products of men in her past cheating on her with European-esque prototypes and conditioning her to believe she was neither good nor pretty enough.

“All my life men have told me I wasn’t pretty enough—even the men I was dating... It’s always been men putting me down just like my dad. To this day when someone says I’m cute, I can’t see it. I don’t see it no matter what anybody says."

"I have low self-esteem and I always have. Guys always cheated on me with women who were European-looking. You know, the long-hair type. Really beautiful women that left me thinking, 'How I can I compete with that?' Being a regular black girl wasn't good enough.”

Of course, people are too quick with the memes and the hate speech in their comment sections, but no one wants to have that conversation or own up responsibility about exactly why it is that dark skinned women feel the need to even bleach their skin in the first place in some self-vying journey for affirmation and acceptance.

Do Azealia's struggles with self acceptance excuse her words and actions? No. But please stop asking why so-and-so bleached their "beautiful skin" when in the same breath you dog her pigmentation.

So while I do not think someone who skin bleaches will ever be revered as some pro-black martyr, I can see the logic in preaching a love you do not have for yourself because it is what you seek to have.