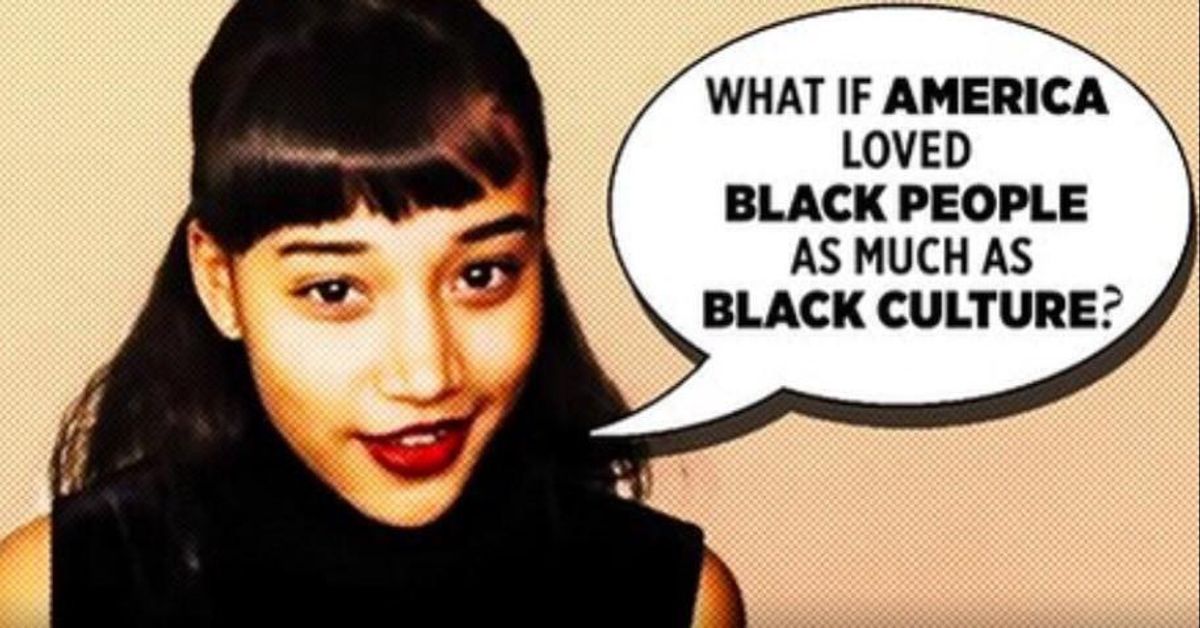 The tradition of African American satire first manifested itself out of necessity: a simple coded joke, in the presence of white oppressors.

But over time African American satire has become more layered and complicated — reflecting the progression of black identity in America. Increasingly, African American humor became heavily coded and drenched in what W.E.B Du Bois would call “double consciousness.” Although the days of slavery and segregation are over, there is a different strain or racism that still plagues the United States. It disguises itself as a joke, reinforcing black stereotypes and burrowing itself deep under the surface of American culture.

The rap genre in general seemingly panders to these stereotypes instead of deconstructing them. While there are a myriad of examples from the genre that could potentially fall into this category, this is an assumption that dismisses the possibility that modern rap is simply another manifestation of African American satire. There is a growing strain of rappers that feel rap is a vessel to rewrite black identity beyond the racial stereotypes typically associated with the rap genre through satire. The backpack rappers, alternative rappers more concerned with the underground than prime real estate are being thwarted, however, by those who appropriate black culture for sales.

Rap emerged at the heels of the Civil Rights Movement. It was a way to bring attention to important social issues within the black community. It was the music that helped characterize a revolution in race relations. It was a way to survive a world where discrimination, racism, and notions of inferiority were still a reality despite the fact that the Civil Rights Movement was legislatively successful. Coded language and jokes resurfaced in rap in order to mobilize a movement.

In the case of modern rap, it functions in direct opposition with the newest antagonist of the rap narrative: cultural appropriation fueled by the capitalist machine and notions of color blindness.

In America, the game of forcing a subculture to submit is no longer in vogue. There’s a new game called “consensual domination,” a term coined by Simona Hill and Dave Ramsaran in their research about Hip-Hop and Inequality, where the dominant culture takes away the subculture’s ability to say “no” to domination by allying with key players from any particular subculture in order to embed submission into the culture’s identity. Consent is “manufactured” rather than forced. In our color-blind, capitalist society, Hip-Hop serves as a capitalist game piece to advance social stratification and keep the dominant culture dominant. Modern rap uses satire to fight against the cultural colonization that is increasingly pervasive in the rap industry.

Being considered “too white” to rap was not an issue in the rap genre until the dual emergence of the prevalence of white rapper appropriation and the alternative rapper. This idea of being “too white” is only bestowed upon black rappers who don’t sound “gangsta” enough or “thug” enough to be considered a Black rapper. This is a classification that emerged as a result of new inequality that has entered the rap genre as it becomes more integrated. This is not to say that there shouldn’t be white rappers, but rather this obsession with pigeonholing Black vernacular in rap to just one type of sound needs to cease. In Childish Gambino’s song “Backpackers,” he describes himself the way other people in the industry see him:

“that well-spoken token that ain’t been heard

the only white rapper who’s allowed to say the N word.”

Gambino is not white. He’s black, but he people in the industry do not associate him with his Black identity because he doesn’t attempt to adopt a sound that is not his.

Somewhere along the way, Hip-Hop became more about edge and less about the content of the message. It became about sales and the more white people, who had potentially never been truly exposed to Black culture firsthand, began to buy the music, the music inevitably had to change. The music had to change from reality to perceived reality. If it didn’t make white, suburban youth feel so grateful to live in suburbia where life is not “rough, ” then the music had not accomplished its purpose. Rap is perceived as deviant — a way to rebel against parents and to hear and learn about topics possibly too taboo to bring up at the family dinner table. The white community finding ways to identify with struggles portrayed in rap music is not a bad a thing. However, it becomes problematic when the point is missed entirety for the sake of identification. Hip-Hop has come to represent “the rebelliousness of youth” rather than the rebelliousness of the individual seeking to perpetuate real change.

When it really starts I’m a runaway slave-master

Iggy Azalea rose to fame in early 2014, with her Grammy-nominated single “Fancy.” In 2014, she won the Grammy for the favorite artist of the year. Her music has been a source of controversy, as she continues to spew racially charged, questionable lyrics. In “Fancy,” Azalea’s display of superiority is pervasive. There’s no humor, nuance, or perspective. She’s just fancy. It’s bland, it’s stale, and it’s uninspired.

It doesn’t take much effort to find words that rhyme with “me” and “good.” Iggy takes a piece of “land” (rap) that doesn’t belong to her and digging in her white flag of privilege. In the context of history, this is colonization. As she adopts a southern twang native to parts of Georgia, like Atlanta, she both stereotypes rap and appropriates it. This is a two-fold endeavor that complicates both her misdemeanor and its effect on Black identity.

Iggy Azalea is a prime example of cultural appropriation within the rap sphere because of the way she uses language, linguistically. Because rap is so heavily rooted in identity, there’s a lot of focus on the way one already talks. By taking on this persona without any real attempt to tackle issues relevant to the community she is “paying homage to,” Azaela enforces an acceptance of already existing black stereotypes without adding anything new.

When attacked by people who say that she is practicing cultural appropriation, Azalea insists that she deserves to be part of Hip-Hop culture. She doesn’t find it strange that she’s a white rapper in a predominantly “black genre.” She states:

“If you go back to the Rolling Stones and Elvis Presley and Eminem — they’ve all basically done black music. I felt this wasn’t that far from what we’ve seen in music history over and over again.”

“A white rapper like Iggy Azalea acts out signifiers which the white majority associates with black culture — hyper sexuality, senseless materialism, an obsession with drugs, money and alcohol — as well as adopting clothing, speech and music — as a costume that they can put on and discard at will. It’s a cheap circus act.”

Azalea is not attempting peaceful coexistence.

The danger, however, is not her (or others like her) mere presence in the industry. It is her failure and refusal to truly understand the context of rap and it’s an easy mistake to make. Rap music and Hip-Hop culture provides easy, instant access to the black community to those who might be far removed either socially, geographically or both. However, despite being in the industry, Azalea (like the suburban youth she sells her music to) manages to maintain a safe distance from the actual culture from which her genre was birthed.

Striking a balance between taking part of a culture that didn’t originate from your community and colonizing that culture can be a challenging endeavor. There is a very clear distinction between “paying homage” to something you admire and culturally appropriating it. The act of paying homage becomes cultural appropriation when a dominant culture attempts to take a subculture entirely for their own devices, leaving nothing for the subculture.

Wanting to take part in a culture that does not belong to you is valid and necessary to fully understanding other human beings. It becomes problematic when there is not attempt to understand others and instead, a sound or a cultural nuance is considered novel and therefore marketable. This is where the true issue lies because this is where inequality is perpetuated. This is how stereotypes evolve from benign to something much more dangerous, of L.A. race riot proportions — where a human being is no longer a human being, but rather a set of preconceived notions that help enforce the dominant culture’s superiority.