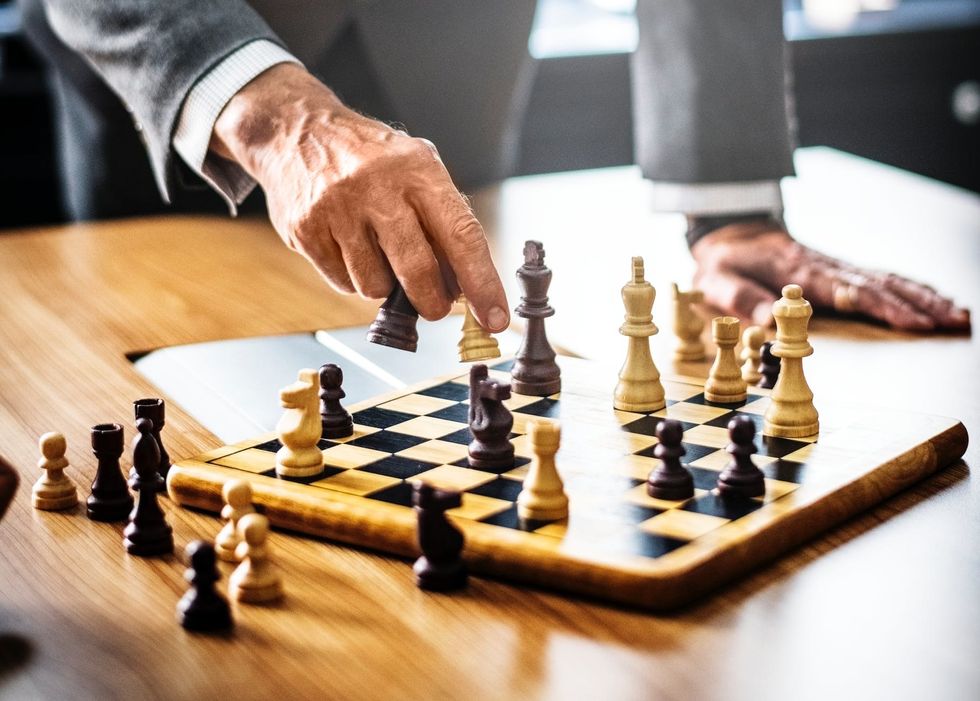 Before reading the finale of the analysis below, check out part two here!

After accepting the inevitable, humans must realize that they have the freedom of choice. To an extent, they can do anything they wish to do which proves that a person's purpose in life is to make his/her own purpose until death arrives. Death is inevitable so why spend a lifetime anticipating it; live life according to its own timeline rather than death's timeline. Lockean theory states that personal identity is based on memory and consciousness, so if a person is conscious of the fact that s/he are in control and can make his/her own purpose in life, then that in itself is an opinion and belief which adds to a person's personal identity (Piccirillo, 2010). Personal identity is created from opinions, beliefs, and perspectives about different issues and events; if a person is conscious of this matter and of the beliefs s/he holds, s/he is also aware of his/her personal identity and why it is the way it is (Olson, 2015).

Usually identity and purpose go together so if one struggles with identity s/he also struggles with purpose and vice versa. The contemplation of a person's existence and why his/her exist can lead to a questioning of who s/he are inside and what his/her purpose is which can be overcome with the realization that humans can choose what to do with their life. While a greater being may predestine fate, how people react to fate is not. Becoming conscious of this will allow people to truly understand their experiences, thus leading to the formation of an identity that is much more understandable by the owner of said conscious which also creates a better understanding of how a human's purpose is not pre-made; his/her purpose is created by him/herself.

Freedom of choice gives chance to create individualism in a person's own life that will allow him/herself to serve his/her own interests whilst living. S/he does the actions s/he choose to do for him/herself or for others, but at the end of the day, it is done for the sake of life, not death, and for the sake of enjoying life. Being able to choose what a person wants to do is what makes that person unique and peculiar in his/her own sense; his/her actions serve him/herself. But again, there must be a balance between such. Freedom of choice leading to creation of purpose also allows a person to choose to isolate him/herself or include him/herself in society. S/he does as s/he pleases according to individualistic standards but it is not healthy to lean completely to one side of the spectrum.

Choosing to completely isolate oneself can lead to identity crises and existential issues because that person is not surrounding him/herself with other opinions and perspectives. Choosing to completely immerse oneself can lead to the same identity and existential issue, only this time it is not due to the lack of another's opinion but rather the lack of space to think for oneself and create personal opinions and perspectives. This does not mean that choosing to do both are bad; quite the contrary, choosing to isolate oneself at times can lead to a peace of mind for the several moments a person is in isolation, while being included in a group can help a person gain a different perspective on a topic s/he thought differently of before. There has to be a healthy balance when realizing one's power in his/her freedom to choose how to live his/her life. There must be a personal standard because while someone cannot completely please everyone else, s/he must also realize s/he cannot always please him/herself. It is a matter of ensuring a peaceful and regulated society yet a happy personal lifestyle.

There is always a fear that a person will not assimilate properly, thus will not be included in any group in the future, but there must be a realization that people should worry about individualism just the same. Keeping up with self-interest should have the same emphasis as keeping up with what others may be interested in within you. Like before, choosing to do both is not a bad thing because assimilating oneself to an extent allows for a more forward, peaceful society while keeping aware of being more individualistic allows a person to gain conscious of his/her identity and thus help him/herself create his/her own purpose in life (Boaz, 2011). Again, there must be a balance in the assimilation and individualism process as there must be a balance in the isolation and inclusion process.

By realizing that a god or a higher being does not create a person's purpose, instead said person creates it, isolation versus inclusion balance and the consciousness of control in a person's life connect. When a person is conscious of his/her freedom to control any aspect in his/her life, such as how s/he reacts to certain situations or what s/he chooses to do in other situations, s/he becomes conscious of his/her ability to isolate him/herself or include him/herself in any situation. Becoming conscious of experiencing isolation and inclusion by choice has impact on personal identity because said experiences of isolation and inclusion shape a person's beliefs and perspectives. In the beginning of "Stranger Than Fiction," Harold Crick is not conscious of his ability to make decisions as he thinks he has to live his life according to strict routine, proving his ignorance to freedom of choice and his ability to create his own purpose (Doran & Forster, 2006).

The end of life is not something humans should mourn or constantly think about; it is inevitable so nothing can change what is coming. Humans must live life for what it is and should realize that while death cannot be avoided, living a mundane and boring life can; it is because of freedom of choice that humans can life a happy life that feeds their self-interests, but humans must be conscious of their freedom of choice. Whether s/he chooses to assimilate or isolate is up to a person, but at the end of the day, that person is in charge of creating his/her own purpose, and how s/he fulfills his/her own purpose is up to his/her own choosing.

Madison Franz
The Narrative
1120458
Photo by Brooke Cagle on Unsplash

Madison Franz
The Narrative
655708
Photo by Manny Moreno on Unsplash