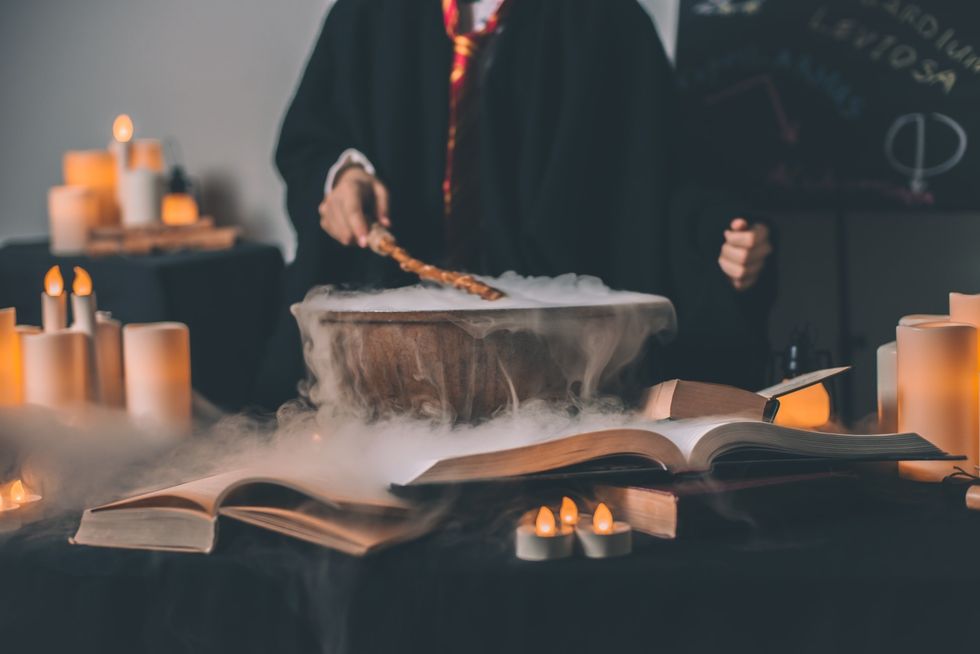 The Harry Potter version of Pokémon Go is here! Only a few years after the augmented reality (AR) Pokémon game called Pokémon Go was released, Niantic Labs just released its successor: Harry Potter: Wizards Unite. The mobile AR Harry Potter game was released Thursday (June 20th) in the US and UK, so that means you can start playing it right now! The AR game is free to download on Android and iOS; however, in-game currency can be purchased with real-world money for spell energy and other items.

In Harry Potter: Wizards Unite, magic is placed in the hands of players worldwide. Taking on the role of wizards, players join a task force to contain magic after beasts, people and artifacts from the Harry Potter franchise are scattered worldwide.

Furthermore, because the game revolves around a dynamic map, different aspects, including the weather, time, and moon phase, can affect the ingredients and beasts you come across when adventuring.

Some game features include players creating a Ministry ID by "establish[ing] themselves as an official member of the wizarding world and the Statute of Secrecy Task Force", using portkeys to "explore iconic Wizarding World locations", "brew[ing] different Potions that can improve their gameplay", "specializ[ing] in different professions", "cast[ing] various spells to defeat confounding magic", "trigger[ing] specific Encounters" while exploring the real world, "solving various mysteries", and undergoing wizarding challenges.

EVERYTHING YOU NEED TO KNOW TO PLAY

When you open the app, you are prompted to create your Ministry of Magic ID. This customization includes modifying a selfie through AR by adding wigs, hats, glasses, etc, and choosing your specific Hogwarts house and wand.

After creating a profile for yourself, you can see several images sprawled across the map. Let's break down what exactly those images are:

The badges (also known as Confoundables) are what you are trying to collect. The most efficient way to collect as many badges as possible is to follow the flags on the map. These flags indicate regions that have a significant number of badges. It is important to note that the more badges you obtain, the faster you can move up in certain categories.

When you select a badge, you must swipe over a specific pattern that shows up on the screen to "cast a spell." Moreover, sometimes you must cast the spell several times. Once you collect the badge, you can add it to your Registry.

Greenhouses reward wizards with different ingredients to brew different potion necessities to improve players' gameplay. Although certain ingredients are obviously more useful than others, wizards have no control over what ingredient they may get after pulling one of the five plants they are presented with. Moreover, like the inns, you can pull more than one plant; however, you must wait an additional five minutes.

As you brew more and more potions, the more your potion skills, such as brewing time, quantity, and yield, will improve.

Fortresses are battles that allow you to gain powerful items. Now that said, you must team up with at least one other player (a maximum of four other players) to engage in these battles.

However, to take part in these fortresses you must use rune stones, which can only be obtained from badges and treasure chests. It is important to note that Fortresses have 10 levels; therefore, as you move up each level, the more challenging the Fortresses become.

Often, you will find yourself in a dual when you are out tracking down the scattered beasts, people and artifacts (also known as foundable items). These opponents are wizards and/or creatures that are protecting these items. As expected, your job is to either defeat your enemy or eliminate the confounding magic being used on the foundable so that you can return it to the Ministry.

It is important to note that before you begin any battle, you can assess your enemy's threat level. If you decide it is worth the risk, you must trace the spell symbol shown on your screen to not only fight your enemy but defend yourself against his/her/its attacks. Whether you win or lose the battle, is based upon the speed and accuracy of your trace.

Some battles, like landmark events, are more important than others. They typically entail you revisiting a classic event from the Wizarding World franchise.

Their main purpose is to advance the game's storyline. Like Fortresses, victorious battles will reward you with experience, which will help you move up each level.

Players can choose from three professions: Auror, Magizoologist and Professor. As you gain experience and different items, you can progress in your chosen field.

Moreover, each profession has its own weaknesses and strengths when it comes to taking on a Fortress. Therefore, when battling, you should be strategic about how each wizard (or player) approaches the fight. It is important to note that at any time you can change your profession without losing any of the progress you made in your current profession.