A Letter To My Almost 20-Year-Old Self
Odyssey
CurrentlySwoonLifestyleHealth & WellnessStudent LifeContent InspirationEntertainmentPolitics and ActivismSportsAdulting
About usAdvertiseTermsPrivacyDMCAContact us
® 2023 ODYSSEY
Welcome back
Sign in to comment to your favorite stories, participate in your community and interact with your friends
or
LOG IN WITH FACEBOOK
No account? Create one
Start writing a post
Sports

A Letter To My Almost 20-Year-Old Self

Looking back on the past two decades and what this new one means for me. 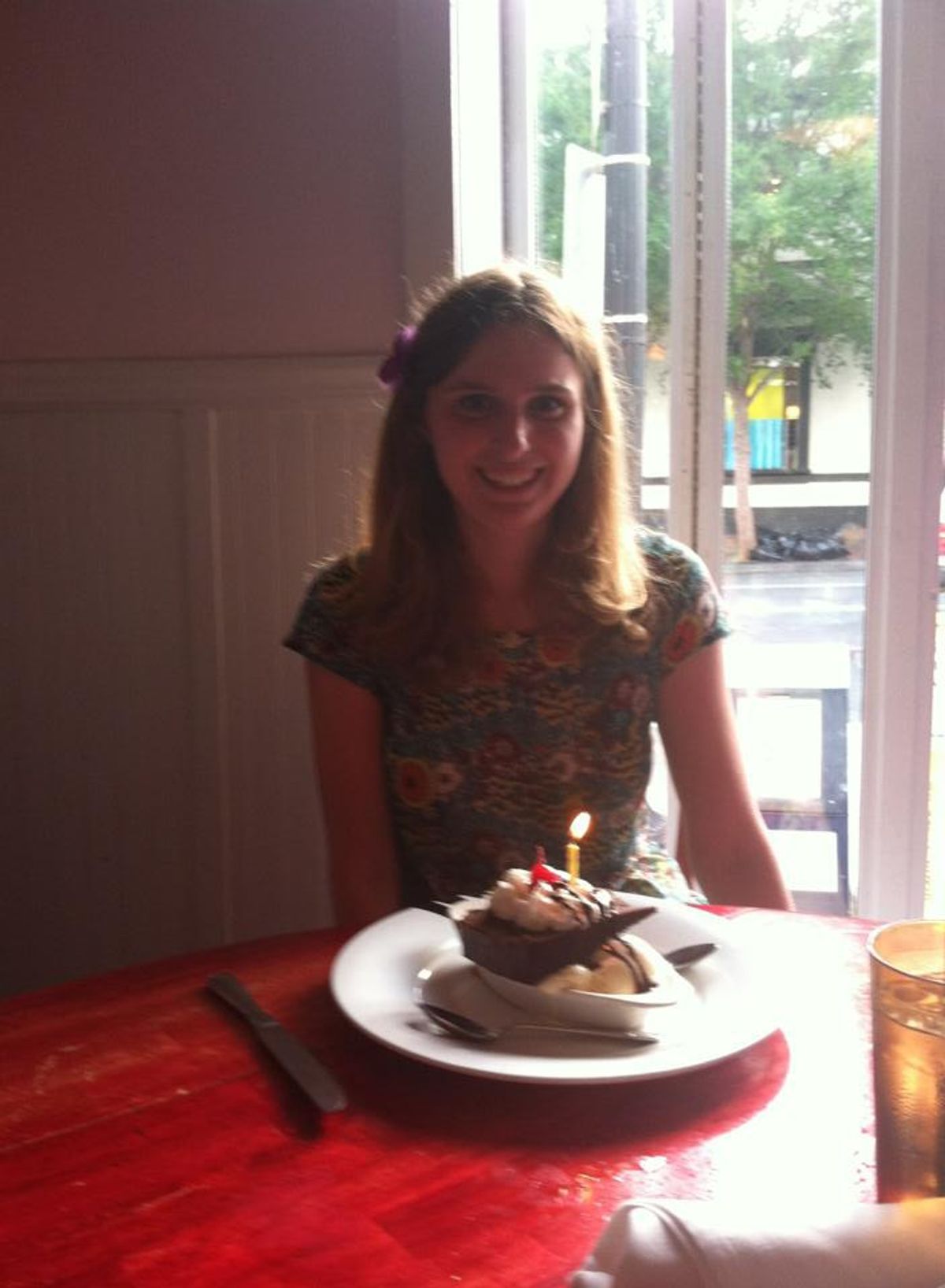 Dear My Almost 20-year-old Self,

Do you remember 10 years ago, when you heard your mom talking on the phone to your grandfather? She was raving to him about your upcoming 10th birthday, asking if he could believe that his granddaughter was about to be “a whole decade old.”

The reason I look back to this moment, however, is because in two days it is your 20th birthday. You are going to be two decades old.

I would not say that any of your birthdays so far have been particularly monumental. You have enjoyed every one of them, but the moments in your life that have been significant have not happened in conjunction with any of your birthdays. There were times that you hoped things would happen on your birthday, that you would have your first kiss or grow two inches taller; but, of course, none of that happened. There has not been a birthday that you woke up and felt, well, different. You were aware that you were a year older, but did that really make you a year wiser?

However, as you edge toward your 20th birthday, something about you does feel different. I cannot quite put my finger on exactly what it is. Part of it may be that for the past seven years, when someone has asked how old you were, you responded with a number that ended in “teen.” In two days, that will not be the case anymore. You will no longer be a teenager. Maybe you were legal when you turned 18, but you were undoubtedly still a teenager. Now, you are going to be a real, true adult.

This is bittersweet. Your teenage years probably comprise the most defining era of your entire life. Looking back, you really did not change that much until you became a teenager. Of course you changed some--you became a big sister, grew many inches, and learned a lot in school. But, for 13 years, you were always one of the shortest and smallest kids in your grade. You were a gymnast. You had very few, if any, love interests. You did not enjoy school very much. You pretty much had the same group of friends through all those years.

However, while this may be the end of literal teenage years, I want you to know that you do not have to completely grow up. You can continue to love all your teenage and childhood passions. You can still jam out to Avril Lavigne and Fall Out Boy. You can still have "High School Musical" and Disney movie marathons with your friends. You can still laugh hysterically over small things, and you can still cry and ask for help when you need it. Just because you are entering a new decade does not mean you need to give up all of your passions.

Twenty years. Sometimes it seems like it has gone by so quickly, other times it seemed like forever. I want you to know that I am so proud of you. Just think about how much you have accomplished in the 20 years you have been alive. It may not seem like something to be proud of, but it is. If you think about where you started out, and look at yourself now, you should be very proud of yourself. You have accomplished so much, and been able to pull yourself through the hard times. Living 20 years does seem like a long time, but it does not seem nearly as long when you think about how much you have grown. As you enter your third decade, continue to be yourself but do not be afraid to change and grow, just like you have in the past two. Enjoy being 20, and good luck!

QueenRadhi
The State University of New York at Stony Brook
2136