I'm tired of hearing it everywhere I go, and I know I'm not the only one. 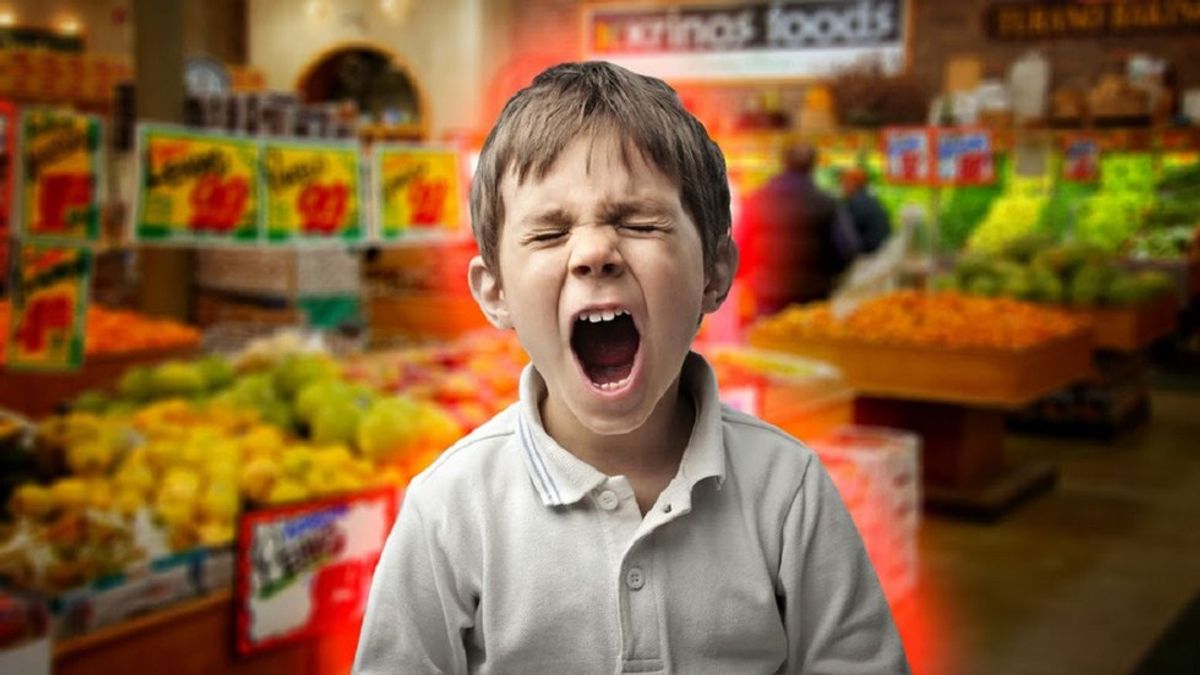 Disclaimer: This is not an article speculating on the purported obesity epidemic. This article focuses on the overwhelming talk of calories and nutrition in casual conversation.

There’s a time and place for “calorie talk," and that’s with a doctor, dietitian or within a relevant academic setting. I mean, calories being described as units of heat energy in my first chemistry class was almost mind-blowing in its innocent simplicity. To hear it in that context is so unfamiliar compared to how the term is used on a more regular basis between people.

My frustration with the incessant talk of the number of calories in this or that stems from my hearing it in any random space, whether I’m in a grocery store, gym, restaurant or before class when people are complaining about how they were “soooo bad” the past weekend. Yes, you have a right to complain about things that bother you or that you think will earn a laugh from whoever you're talking to.

However, for me personally, making calories and nutrition the focus of conversation that uses the labels “bad” and “good” makes me uncomfortable. It perpetuates diet culture in its notion that calories, which are necessary for our bodies to function at the most basic level, need to be categorized into what is deemed acceptable or not acceptable for consumption. When really, unless you’re playing teeter totter with extremes of over or under-eating, should have no invitation to dominate or significantly pervade topics within the social sphere.

When I’m walking through the cereal aisle of a grocery store, I don’t want to hear whines about the sugar content of a “bad” cereal and jokes about how much they're going to have to work out after eating it. I’m just trying to buy some damn cereal. Hearing complaints and negative critique also creates doubt in my mind, whether I want it to or not. Sometimes that means I'll end up leaving the aisle empty-handed and ashamed of my hunger for “bad” things. I should be able to brush it off, or even laugh at the comments, and sometimes I can, but when talk of what foods a person should avoid at all costs are staring you in the face wherever you go, or with whoever you see, it can be difficult to always dismiss. It sinks in, this language of “good” and “bad," “healthy” and “unhealthy," even when it’s coming from the mouths of people whose only source of information is Dr. Oz.

My question then is: why can’t we talk about how good food is not in nutritional terms, but in how good it tastes? Is it really so shameful to enjoy food? Or otherwise condemn it? Beets, for instance, are horrible. Not because they’re lacking in the nutritional department—I mean, they’re a vegetable—but because they just taste awful. Personal preference, feel free to disagree.

Under normal circumstances—“normal” meaning there are no health conditions that require a limitation of certain foods or a need to pay particular attention to caloric content—there are just better, more productive things to talk about that don’t contribute to this shame of what we decide to feed our bodies. Even if you’re just laughing and joking to your friends about how “horrible” you were because you ate a whole pint of Ben & Jerry’s during movie night, there’s still an underlying sense of guilt that grounds itself whenever we label any action of ours as “bad” or negative in any respect. When it comes to fulfilling a basic necessity of life, you don’t deserve to burden yourself with that negativity. Nor anyone else that's audience to your self-deprecation.

I know the obesity crisis is a hot topic in the United States, and that might be a contributor to the incessant talk of calories and macro-nutrients in our everyday conversations, but again, there’s a time and place to discuss that concern. With your doctor, or with a nutritionist/dietitian if your eating habits are worrying you to the point that you’ve decided you need extra guidance with your diet.

Not with friends, not at the grocery store, not with some random person you’re crossing paths with in the gym. I don’t care what you have to say about the high carb and caloric content of the artificial protein-packed food I’m buying, but what I do care about is that you think it’s appropriate conversation to start with a stranger. Yes, this happens, yes it bothers me and no, I’m not happy that it’s happened on more than one occasion.

Promote positive talk when it comes to food. Or appropriately negative if you've tried the new Swedish fish flavored Oreos and discovered they're so gross that you can’t even.

Instead of saying, “I shouldn’t eat this, I already ate too much bad stuff today…” say, “You know what, maybe I’ll leave that for tomorrow,” or even just a simple, “#YOLO." Think of it in terms of moderation.

And make connections with people that aren’t based around diet talk and food-related complaints. What’s more interesting than the number of calories in a Starbucks Frappuccino? Books! Netflix! The jerk who didn’t use his turn signals! Not pleasant, but still more interesting.

There is so much going on in the world and already too much unnecessary shame and guilt we carry; forgive yourself for having an extra cookie.

Give yourself—and others, please and thank you—a break.