9 Golf Clubs That Should Always Be In Your Bag
Odyssey
CurrentlySwoonLifestyleHealth & WellnessStudent LifeContent InspirationEntertainmentPolitics and ActivismSportsAdulting
About usAdvertiseTermsPrivacyDMCAContact us
® 2023 ODYSSEY
Welcome back
Sign in to comment to your favorite stories, participate in your community and interact with your friends
or
LOG IN WITH FACEBOOK
No account? Create one
Start writing a post
Sports

9 Golf Clubs That Should Always Be In Your Bag

A golfer's love/hate relationship with his equipment. 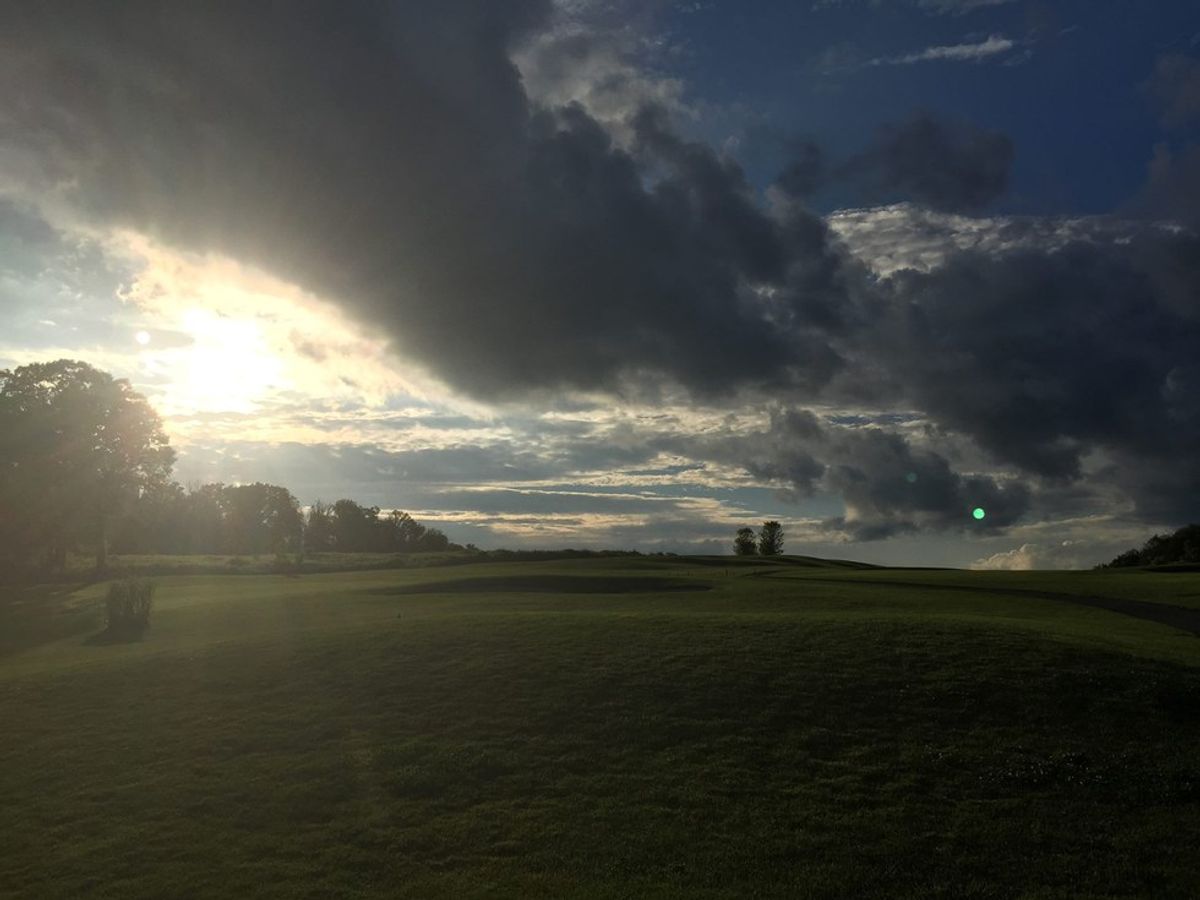 Each situation calls for a different club. The yardage. The weather. The competition. Every second that passes comes with another decision in which the outcome changes drastically. A round of golf is a lot like life the more time I spend on the course.

Over time I have come to love the game of golf. Watching, playing, practicing over and over again but not with repetition. If you ask a golfer if they have hit the same shot twice, they will explain that many look identical, but it is always a different experience. The club might change due to recent ball striking. The ball might change because the last ball was "shanked" into the woods. Thoughts racing how to have a perfect and imperfect game. Golf is more mentally stressful than any other activity I have participated in. The 9 clubs in my bag represent further meaning than just equipment. Every golfer has their favorite club, but every golfer has stories behind each club and why it is in the bag.

2013 TaylorMade Rocketballz calls attention to itself while I shuffle to the ball. It's the first club you investigate when on the first hole. "Should I go for it all, or play it safe?" Taking risks has always been a boundary I try not to cross in any aspect of life. After playing enough rounds, however, I notice the worn grip on the shaft. The hundreds of ball marks on the head of the club. I have given this club enough light to take it out one more time, every time.

If part of a family, the three-wood would be the younger brother to the driver. Smaller, but deadlier. Being able to control the ball off the tee is vital. If the wind is vicious and waiting to grab the ball out of the air like a hawk preying on a fish, the three-wood is your best option. Keep it low, and rip it through the wind. I stand over the club confidently and my shadow engulfs the dent where my younger self found a rock instead of a ball. After playing for a few years my maturity level has increased enough to know when the three-wood is the club to take out.

350 yards. Par four. Bunkers covering the fairway 200 yards out. The five-wood is my most secure club in the bag. I know I could try to glide my driver or my three-wood over the bunkers, but I know I can safely land before the bunkers and utilize another club in the bag to nail the green. It is my newest, but oddly the safest club because I do not expect to hit it well and I do not think too much while swinging. What I mean is that I have nothing to lose with it in my hands, so I swing without regrets or hesitation.

Not an iron, but not a wood, a hybrid is a mixture of the two and quite often a club I never take out of the bag. Practice and more practice is what I always tell myself, but I never feel safe to take it out of the bag. It's a deep dark cave that you want to delve into, but you know the inside will take awhile to discover. The hybrid is a beast all in its own, and I am continuously trying to improve myself.

The mid-game is handled in the fairway, if you're lucky and guided by the way you use irons. I have an average set of five irons that provide me with enough range to hit the green within 135 yards to almost 200 yards. You must be meticulous when deciding which iron to hit, how far to choke up on the grip, and where to hit the ball when using irons. They are ruthless and never forgiving. These are the clubs you will use most often in the bag and over the years they take a beating. Make sure to keep them clean and well-maintained.

My favorite club in the bag. Probably because I use it in situations I should be using an iron, but I feel more comfortable with it in my hand. The swift clip of the grass on a cold morning leaves my wedge wet and stained. Off the fairway, out of the rough, or even off the tee my pitching wedge is my "go-to" weapon on the course. The ridges on the club have started to fade but my love for the club has not.

52-degrees of pure steel. As the name of the wedge suggests, I often use the club out of bunkers. However, I utilize this club anywhere I can where I need a quick 75 yards. The cloud of sand after the swing of the club is instantly followed by anticipation and anxiety of where the ball is. Standing in he bunker behind a hindering opaque sand wall is stressful but exhilarating. "This could save my round, or ruin the score."

My last hope to get on the green. A black club with an entirely silver head due to the paint fading away because of the wear and tear it has taken. I can flop the ball over any obstacle in my way. It is by far the most unique club in my bag with the way it looks, hits, and feels. I continue to make mistakes with it trying to figure out how to perfect the shot. By constantly failing I can hope to improve.

I remember playing mini-golf as a kid with my father. He is the one who got me into the game. I stand over every putt like I am playing mini golf with him. An innocent, fun kids' game with so much potential for the ball to fall in the cup. I may miss the first stroke, the second, and even the third, but there will be a next time. I will pick the ball out of the cup and start over again on the next hole.

I love the game of golf and every club in my bag. Although rules state the maximum number of clubs in the bag are 14, I do not think I would add or subtract any if the rules changed. The way my game is played now, is the way I will play it in the future. A golfer is always thinking about how to improve on what is already built. Every experience and situation in golf is new and should be handled as such. A golfer should feel comfortable while swinging, but should not feel comfortable with settling. Like in life, never remain comfortable, always strive for improvement. Whether it be with one club, or all of them, remember to use the correct equipment for the given situation.