20 Ways To Tell If You're A Crazy Girlfriend
Odyssey

20 Ways To Tell If You're A Crazy Girlfriend 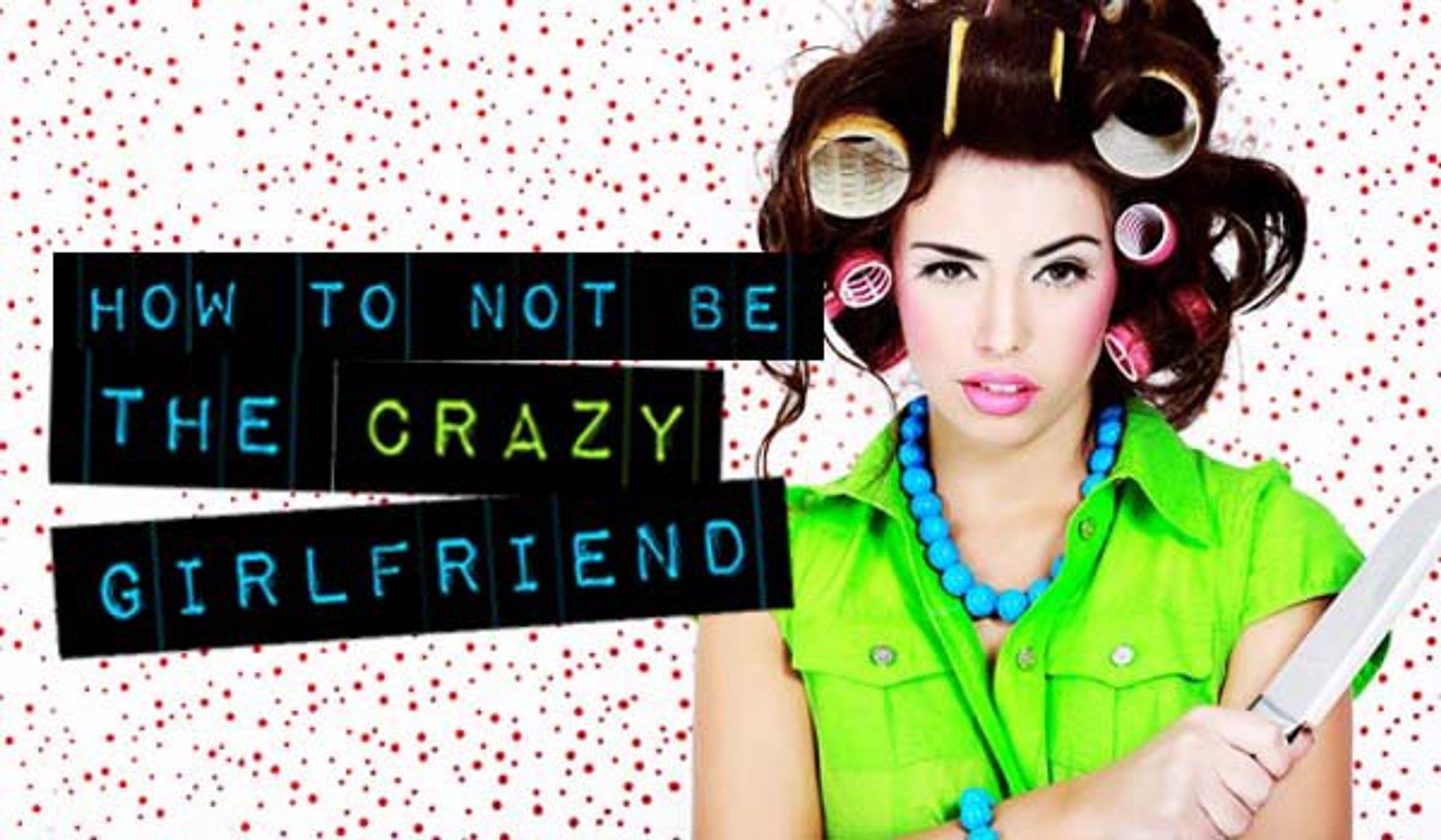 Girls, we know we can be crazy sometimes. But, where is the line drawn? I am no expert— I do have my share of crazy moments—but after being in a healthy relationship for over four years I feel like I have some knowledge on what's okay verses what's not. You'll slip up, and sometimes the jealousy will get the best of you, but I promise if you follow these guidelines your relationship should be stronger than ever.

Don't be known as the psycho girlfriend, take my advice:

4. What's okay: Talking about ex-best friends.
What's not: Talking about ex-boyfriends.
Why? I'm sorry, but nobody wants to hear about how you have trust issues from your past boyfriend. We've all been there, and we've all had sucky ex-boyfriends. Your boyfriend has probably had sucky ex-girlfriends too, but you don't want to hear about those right? Or worse, become one of those.

5. What's okay: Being on his phone.
What's not: Going through his phone.
Why? Playing Fruit Ninja on his phone while he watches a football game is totally fine, but once you find yourself looking through his messages, put the phone down. That's probably one of the most unattractive things you can do in a guy's eyes. (P.S. I asked my boyfriend's roommates, and they all said this was the biggest turn off from a girl).

6. What's okay: Asking what he is doing.
What's not: Using Find my iPhone to see what he's doing.
Why? Wanting to know what he's up to is normal, but if you're starting to question where he is every time you aren't with him, you probably shouldn't be dating him.

8. What's okay: Offering him suggestions.
What's not: Controlling his life.
Why? This should be pretty self explanatory. Girls...please. stop. controlling. your.boyfriends.

9. What's okay: Being concerned.
What's not: Being his mom.
Why? He already has a mom to tell him, "Don't drink too much," "Stay in and get your homework done," and, "Clean your room, it's gross." He doesn't need to hear it from you.

10. What's okay: Wanting alone time.
What's not: Not letting him out of your sight.
Why? It makes sense to want a night alone, away from his video game playing roommates every once in awhile. But completely secluding him from his friends and/or family is only going to make him resent you.

11. What's okay: Asking if he needs anything.
What's not: Nagging him.
Why? Nobody likes to be nagged. If you think he should be doing something, offer to help don't tell him a million and one times to get it done. Once again, you aren't his mother.

12. What's okay: Adapting some of his hobbies.
What's not: Complaining about his hobbies.
Why? My boyfriend's absolutely favorite thing to do is sit for hours playing NHL (chel, as they call it), and while it wouldn't be my first choice in activity, you have to compromise in doing each other's favorite things. So instead, I tried learning and now sub in sometimes when one of his roommates has to do homework—which his other roommates hate because I am horrible at it.

13. What's okay: Talking about hot celebs.
What's not: Talking about hot guys in your math class.
Why? Drooling over the new Channing Tatum movie isn't a problem, but once you start going head over heels for some rando in your class, your boyfriend should be concerned.

15. What's okay: Ordering a plate of fries in front of him.
What's not: Ordering a salad and then eating all his fries anyway.
Why? My boyfriend told me to add this one in here. I guess I do this a lot or something? But really, its okay to order the unhealthier option in front of him, he doesn't care.

16. What's okay: Borrowing his sweatshirt.
What's not: Stealing his closet.
Why? Boys probably have like three different outfits total, so if you have three of his sweatshirts he probably won't have anything to wear once fall comes around.

18. What's okay: Asking about his day.
What's not: Asking about the girl in his Snap story.
Why? You don't need to know everything. Trust him! If you're constantly asking who that girl was he waved to walking to class or who he is with when you aren't there, it'll start to get annoying, and you might push him away right into the hands of the waving girl from the chem building.

19. What's okay: Holding his hand in public.
What's not: Holding his leash in public.
Why? Maybe he's whipped, maybe he's not, but do you really need to have him on such a tight leash in front of his friends? Come on, that's embarrassing for both of you.

Keep a trusting relationship, stay happy and love each other! That's really all you need for a successful relationship.

Caitlyn Morral
St Bonaventure University
2929
Wordpress
Odyssey recognizes that mental well-being is a huge component of physical wellness. Our mission this month is to bring about awareness & normality to conversations around mental health from our community. Let's recognize the common symptoms and encourage the help needed without judgement or prejudice. Life's a tough journey, we are here for you and want to hear from you.