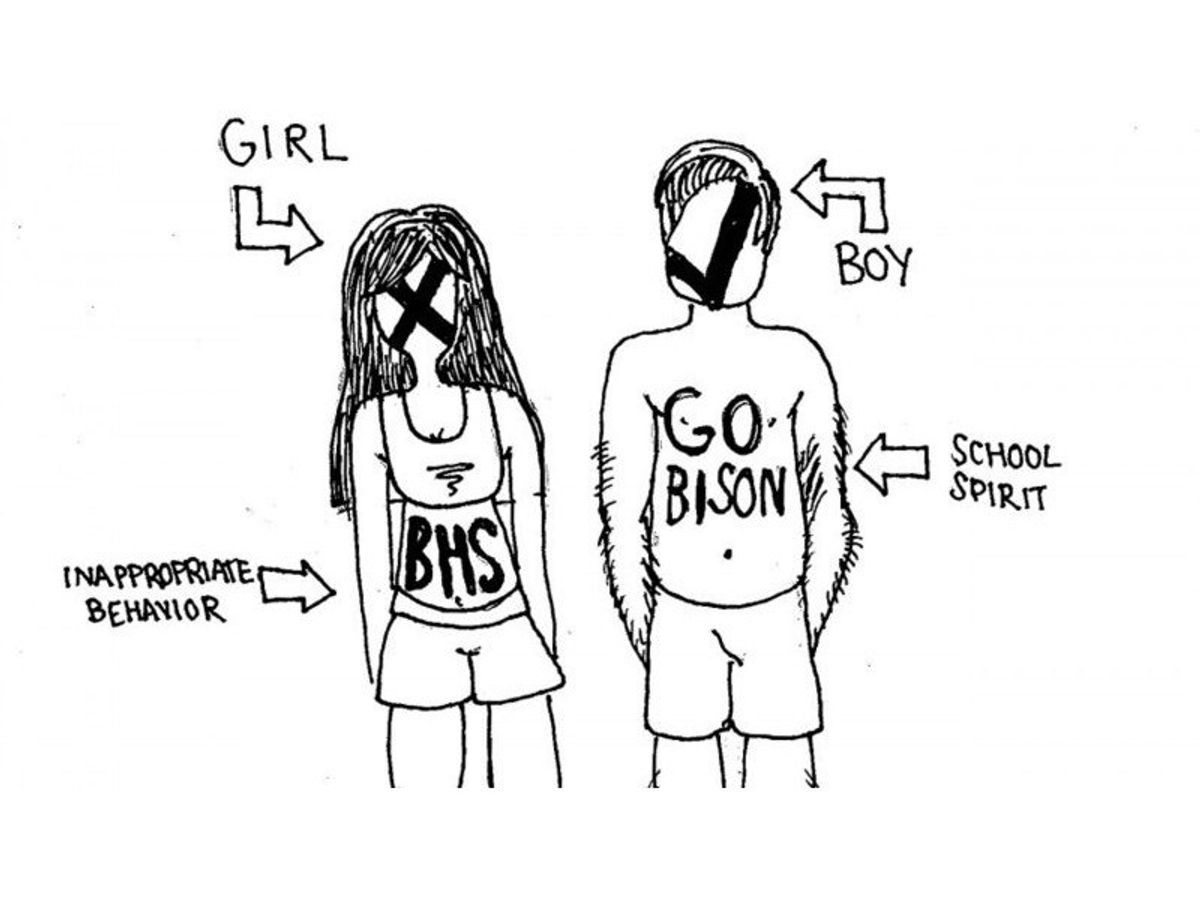 Black girls can’t wear shorts, or at least that was the gist of the rules at the middle school I attended.

Hindsight is always 20/20, and at the time, I didn’t think anything of it. I went to a middle school in a Chicago suburb. Incidentally, the school also banned hugging at one point, but that’s a story on it’s own. The dress code consisted of two main rules: straps had to have an equal or greater width of three adult fingers, and shorts had to at least reach the tips of your fingers. Like any school with a similar dress code, the rules were set with girls in mind. No one cared about the boys who sagged their pants and let their underwear show, or the boys in tanks that were two adult fingers at best.

However, this isn’t the problem. These rules are at many schools across the nation and they’ve always had a sexist background. But I’m not going to discuss the over-sexualization of young girls and the men who leer at them before putting these rules in place. It’s the focus on Black girls that’s key, and the fetishization that corrupts their young age, even in their tween years.

At my middle school, there were three assistant principals — one for each grade. The assistant principal for my grade, who is still the assistant principal today, approached me and a couple of my friends. He directed one of them to go inside and change because her shorts came to her thumbs and not her longest finger. The protocol was that girls who broke the rules of the dress code had to change into their gym uniform. My friend came back out in her gym shorts, and we all sat around fuming about the situation as young girls do. But then we noticed one of the white students, a girl who was sitting a couple feet away from us, was wearing jogging short.

Yes. The jogging shorts that come mid-thigh at best. She had very long legs, and it was clear to anyone who can see that she had beyond surpassed breaking the dress code. So we got the assistant principal. Justice, it seemed to us, needed to be served. It was a youthful mentality — that if one suffered, we all had to. And in the eyes of the administration, it should have been a mentality that was upheld.

“Well she’s talking to someone right now,” he told us.

But we had all been talking to each other when he approached our group, and he made our friend change regardless.

The more he was referring to was the curviness of the Black woman’s figure.

We all laughed at the time. We had already noticed that we had been developing a little faster than our white counterparts, and that our hips and curves were desirable. It had actually seemed like a compliment.

He had clearly and unapologetically told us that he only targeted Black girls when it came to the dress code because of the way they develop. That our bodies, in our tweens, had already been labeled as sexual and lust-worthy, and we needed more clothes than others, even other girls, to keep from becoming a distraction.

And to put it simply, that’s disgusting.

I purposely did not include the name of the assistant principal because this really isn’t about him. It’s about the ease that comes with sexualizing the young Black body, and how a person can feel so comfortable doing it that they’ll admit to it.

I sincerely hope that my middle school aims to uphold the dress code in all cases. If it is a rule, everyone should be held to it.