You can believe in science while questioning if something is right for your body. 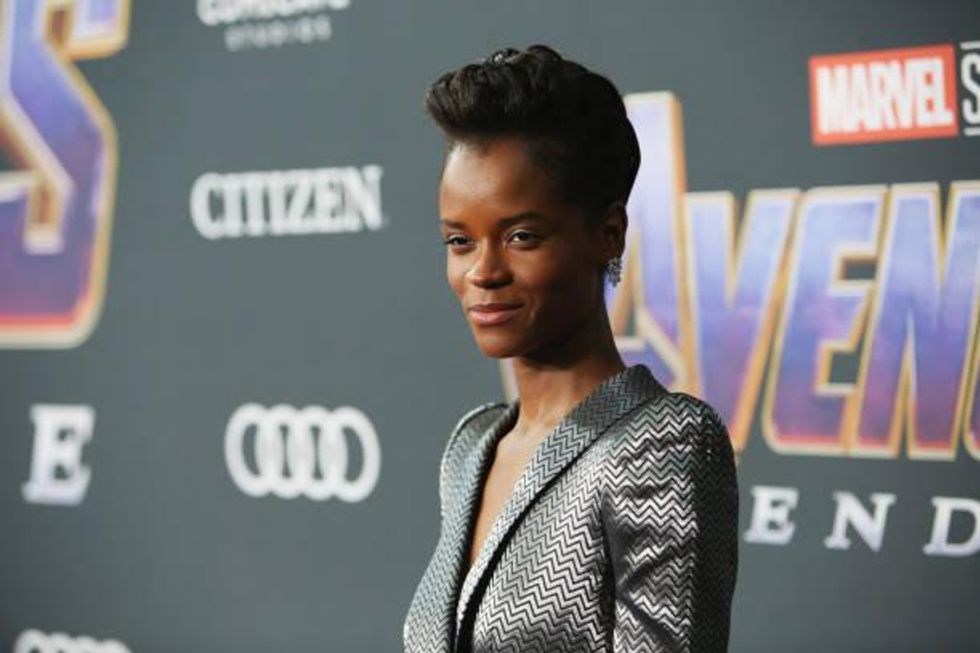 If you have seen the movie Black Panther, you may remember Letitia Wright's character, Shuri. In case you missed it, Letitia Wright recently faced controversy for sharing a video that questioned the validity of the COVID-19 vaccine. I know that the video included other segments, but we're specifically talking about the vaccine here. When I heard the news at first, I thought to myself, "Hmm." I was questioning it, but I also thought that there was some validity. I normally don't write about topics like this, but after hearing some valid concerns about why some people (particularly Black people) said that they will not take the vaccine, I felt compelled to write this.

In the day and age of social media, people love to jump to conclusions and paint things as black-and-white without considering other perspectives. That's not to say everything is worth listening to, but maybe stopping and listening to one's concerns can make you understand why they feel the way they do.

Letitia is not the only one who has concerns about what one may put into their bodies—others feel uncertain about the same thing. This is not the "vaccines cause autism" argument. We know that vaccines don't cause autism, and we know that vaccines for diseases like chickenpox, measles, and mumps are highly effective. We're talking about questions surrounding possible long-term effects and whether the COVID-19 will really work in the long-run.

The news about it sounds miraculous. Even so, it's important to think about the information as well. Scientists are highly credible, but they are also prone to fallacy. No one is immune from fallacy—not even researchers. And at this present time, there's not enough information about the possible adverse effects and its effectiveness in the long-run. Adverse effects may be rare, but they can be devastating, and who knows with this vaccine?

On top of that, it is unclear if you are immune from COVID after receiving it the first time. There are people that contracted it the second time around unexpectedly, with the degree of cases varying from mild to severe. Think about it. When you receive a vaccine, you receive a dead or severely weakened form of the virus to help your body build immunity to it. That normally works. However, with no guarantee of immunity from COVID, skepticism about getting the vaccine is completely understandable. No, that does not mean that the person is not taking COVID seriously or secretly wants to get COVID. It means that taking measures like wearing a mask, physical distancing, and remaining at home may bring more security to the person. Which, to be frank, is something that you should be doing even if you get the vaccine.

And then here is another point that is not always mentioned but needs to be mentioned: systemic racism. There are Black people saying that they will not take the vaccine, and for valid reasons. It is true that Black people are being infected with COVID and dying from it at disproportionate rates. However, it's not only about that. It's also about the way Black people have been treated in the past. Take Tuskegee, Alabama. There was a 40-year Syphilis study conducted on Black men, who were not given honest information about the study, options for treatment, or the potentially deadly effects. That happened from 1932-1972, and penicillin became available to treat syphilis in 1947. The study left many of the men dead and their families and other people infected. Read more about it here.

It has been said that medical researchers have used Black people as guinea pigs. With that harsh reality, there are concerns on if Black people will be used as guinea pigs again for the COVID-19 vaccine. It is unclear if it will be truly safe or effective in the long run, so it is understandable why there is little confidence in the vaccine among Black adults. Even my mother, a doctorate degree holder, is highly distrustful of the vaccine. This is not because she is an "anti-vaxxer" (she makes sure to get her shots and mine). It is because the information leaves her with questions that have yet to be answered. This is not about being an anti-vaxxer. This is about honesty and wanting to learn more about the potential effects before making a life-changing decision. You wouldn't want your doctor to mislead you about something before you took it, would you? False information about COVID is definitely rampant on the Internet, but it's still important to take information from credible sources and make a thorough decision about what is and isn't right for your body.

The last main point to make is that when hearing about things that are new, it's just flat-out normal to wonder about it. This is a vaccine that we are talking about here, but again, with it just becoming available, it is too early to tell the long-term results. Researchers and scientists are extremely important and necessary, don't get me wrong. However, even with medicine and treatment options, it's up to the person to weigh their options and think about what's best for them. Science does not work equally on everybody, and science is definitely not favored towards everybody either.

So in actuality, Letitia's concerns are not only valid, they're common among other people. On social media, it's easy to jump to conclusions and tell someone that they're "wrong". But you're not doing any service with that behavior nor are you contributing anything worth consideration to the conversation. Instead of seeing things as "black-and-white", think about why a person may think the way they do. Maybe search up why some people have those kinds of opinions. Maybe it's because of their upbringing, culture, hometown, or personal experiences. Maybe they did thorough research on the matter and formed opinions based on what they read. Opinions are not a black-and-white thing. There are gray areas, as well as dashes of red, yellow, blue, green, and every color in between. You do not have to agree with that person, but a civil debate where you take each perspective as knowledge goes a long way.

Speaking of which, it's okay to not agree with this article. You can get the vaccine if you want and have your own opinion about the matter. However, you're not morally superior just because you call someone out over the internet. Making assumptions and lashing out at others is not activism.