Autism Is Not Always What The Media Portrays
Odyssey
CurrentlySwoonLifestyleHealth & WellnessStudent LifeContent InspirationEntertainmentPolitics and ActivismSportsAdulting
About usAdvertiseTermsPrivacyDMCAContact us
® 2023 ODYSSEY
Welcome back
Sign in to comment to your favorite stories, participate in your community and interact with your friends
or
LOG IN WITH FACEBOOK
No account? Create one
Start writing a post
Health and Wellness

Autism Is Not Always What The Media Portrays

I am one of the many faces of autism. 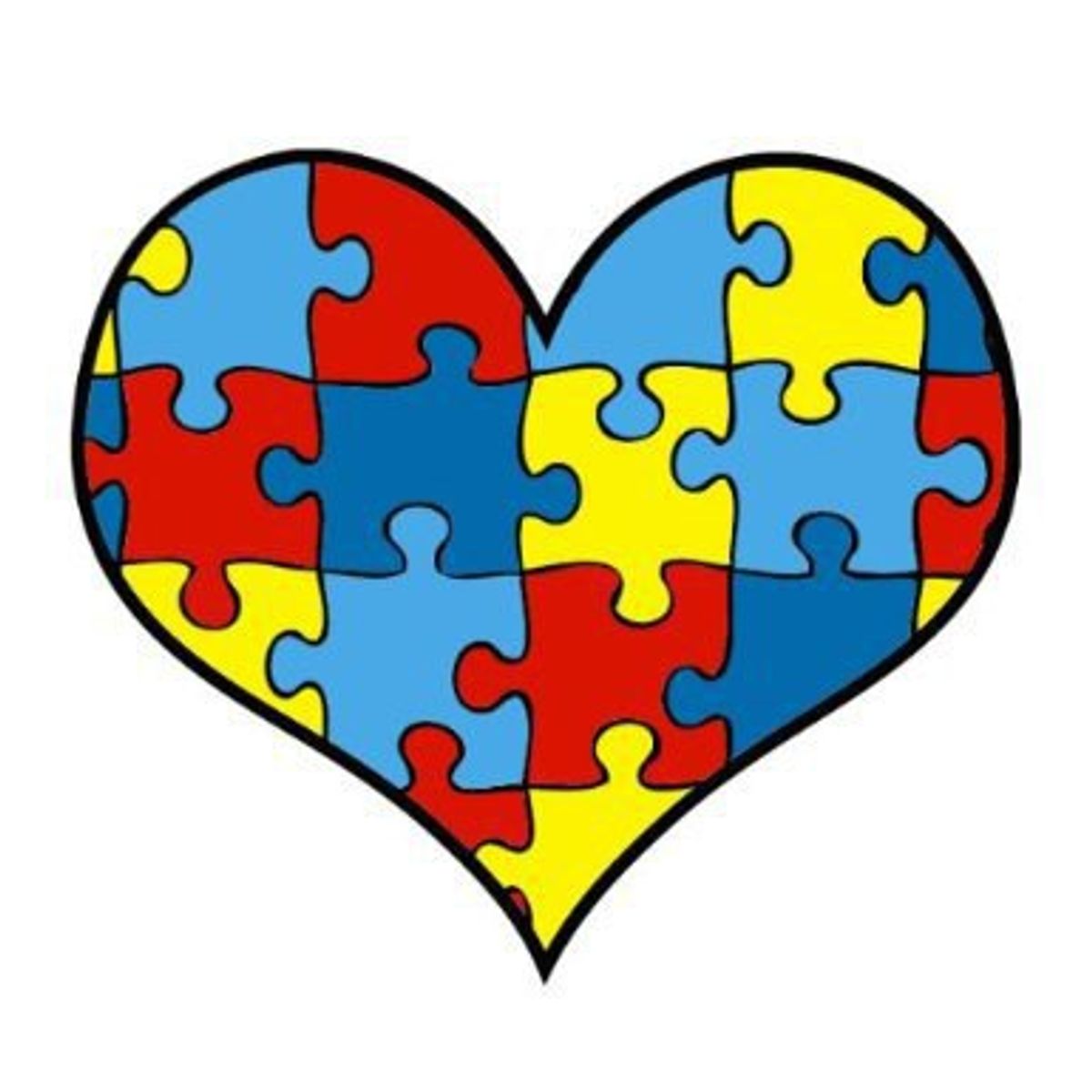 As I have said in previous articles, I have Asperger’s Syndrome. When I was diagnosed almost 12 years ago, it was classified as a form of Autism in the DSM-IV. With the DSM-V out recently, it isn’t. Since it was when I was diagnosed, I have always classified myself as autistic, and most likely always will.

My case of Asperger’s Syndrome affects my social skills immensely. I trip over my own tongue in practically every conversation I’m using my vocal chords, even if I’ve rehearsed what I needed to say tens of times before the event. I have a hard time talking over the phone, if it’s not my family. I’m the kind of girl who wants to get to know someone, but who sits and waits for the other person to be brave enough to come up to her and talk, more often than not. I have multiple obsessions, instead of the usual just one obsession most autistics have; mine are Disney, "The Hunger Games" book trilogy and movie saga, writing stories and plays, etc.

When I tell people I have Asperger’s Syndrome, most of them react in a way that makes me feel alien to their social group, but that’s not the case at Bethany. I tend to lock myself in my room/suite, depending on where I’m at geographically, and listen to music as I write things down so I don’t forget them. I have terrible self-esteem, terrible self-worth, terrible self-confidence, etc. I have a weird taste in music that I can write a whole other article about. I don’t like loud, sudden noises -- such as a microphone giving off static over the speakers -- or someone’s ring hitting a large metal object. I love fireworks, but for the longest time I had to wear earplugs when I watched them because I hated the noise that came with seeing fireworks up close and personal. This summer, I just got over having to wear earplugs all the time, unless I’m standing right next to where the fireworks are going off. I am a literalist.

I also have depression, but seeing how this is not the main topic of this article, I will make my explanation of this simpler. I’m the kind of girl who authority figures (parents, teachers) say is beautiful, but tends to believe a peer with a small age difference (classmate, underclassman to her) when they say she’s ugly. I have to deal with random bouts of, Why is this life worth living? and I try to not get the urge to grab something to hurt myself, if I ever feel like I could.

For example, when my father went to Bethany, one of the fraternities there that is still on campus today fit the stereotype of goofballs. I was going to an event at this frat house on April Fool’s Day. I was hoping that something would happen in my favor, but seeing how a situation played out at the end of last semester, I kept my hopes low. I was a little paranoid that the students at this frat, now, could be stereotyped as goofballs like the students in fall 1974 to spring 1978 were. If something happened in my favor at this event that was more like what I was hoping for, it would be an April Fool’s Day prank. Fortunately, nobody seemed to be pranked. Unfortunately, that seemed to be the only thing happening in my favor on the topic I was paranoid about.

I can think of three different crime dramas that have had an episode with an autistic character in it. Those shows would be "Cold Case," "Criminal Minds," and "NCIS: Los Angeles."

In "Cold Case," the autistic character is obsessed with beta fish. His parents happened to be killed by his older sister’s boyfriend, but that’s not the point. He knew a lot about different sea creatures, always carried his most precious beta in a small container filled with water, and ended up getting a bedroom that was themed with aquatic life. He’s verbal, but his speech patterns are weird.

In "Criminal Minds," an autistic kid’s parents were kidnapped. He was mostly non-verbal. He had a specific schedule to help him get used to routine. The day his parents were kidnapped, he came to school with blood on his shirt, and he didn’t even know it. The Behavioral Analysis Unit came to the town this kid and his parents lived in, and tried to get information from this boy, but he just kept drawing random patterns; three, to be exact. He happened to be somewhat of a savant with the piano. He kept playing this one song over and over and over again. After Dr. Spencer Reid played that song a bit with this boy, he realized that this boy was trying to help them, but was doing so in one of the only ways he knew how.

One of the patterns was the anchors on Reid’s socks. Another pattern was the bottom of David Rossi’s shoe. The last pattern was a certain time in his schedule. It was after the time they were supposed to be at a certain place in the schedule, and Reid asked what this boy should be doing right then. The boy spoke the only three words he said in the entire episode, walked away from the piano, out the door, and to the music store -- the place he was supposed to be according to his schedule. By going to the music store, the team connected one thing to another, and they found the kidnapper and this boy’s parents.

In "NCIS: Los Angeles," the team is looking for a Marine, but they’re also looking for his daughter, who has Asperger’s Syndrome. It seems she’s more obsessed with trying to find another card game to play than anything else.

Those are just a few of the cases that could actually be true, but there are so many more other cases, and each one is different. One boy could be non-verbal at the age of 10; he could stim a lot; he could be oversensitive to touch as in hugging and the like; he could be obsessed with trains. That would be one case.

One girl could be very verbal by the age of three, but have trouble learning the social skills she needed to not be laughed -- things such as closing the bathroom door when she was peeing or how to be social. She could hate certain foods or taste combinations; she could love hugs; she could be obsessed with action figures; she might not stim at all. That’s another case.

I’ve most likely bored you long enough with this article about autism, but I ask you to please be aware of people in your community who are autistic. They are people, too, and they want to be treated as such. This is why I wanted to be a part of Alpha Xi Delta so badly before formal recruitment so I could help out those like me, but less fortunate than I am.

Again, I ask you to be be aware this Autism Awareness Month. With the help we could get, we might be able to recognize the “symptoms” -- for lack of a better term -- earlier, and help families know what might be “wrong” with their kids.

And, no, vaccines do not cause autism. That study was debunked about 18 years ago! My father most likely has Asperger’s Syndrome; we have some of the same qualities that fall under my autistic traits.