7 Reasons to Bike instead of Drive
Odyssey

7 Reasons to Bike instead of Drive

It has more benefits than you may realize. 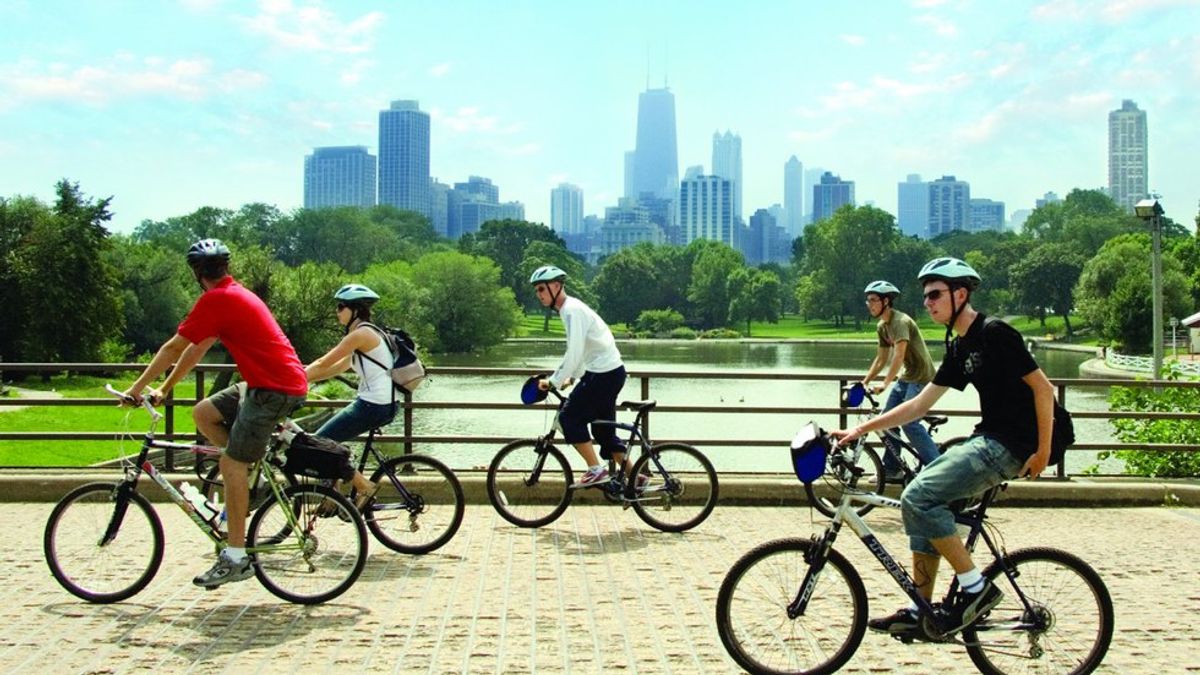 Driving to and from places certainly has its benefits; it's fast, you can travel long distances, and it's generally a comfortable experience. However, there are quite a few benefits of choosing to ride a bike rather than driving. Now, I'm not suggesting that you ride your bike on your family's cross-country road trip in January; that's pretty insane. I'm more so talking about small-scale trips, like biking to class or work rather than driving there. Here are just some of the benefits of taking a bike instead of a car!

In any economy, especially with the fluctuating gas prices, paying for gas is not something that most people love. It can get expensive fairly quickly, so riding a bike even once a week can save quite a bit of money over time.

2. It's better for the environment.

Cars put out a lot of exhaust, which pollutes the air, and riding your bike uses nothing but your own muscle power. Also, it requires much less energy to produce a bike than it does to manufacture a car.

3. You improve your physical health.

Being in a car may get you to your destination more quickly, but your body is still idly sitting there, despite your speed of 45 mph. Especially with the obesity epidemic in the United States, getting enough exercise is more important now than ever. By biking, you not only burn calories and strengthen the muscles in your legs, but you also lower your blood pressure and risk of cancer, diabetes, and other diseases over time.

4. You can improve your mental health.

Studies have shown that biking on a regular basis can reduce the effects of depression and anxiety disorders. Cycling can also improve your brain's cognition, brain function, and general mental performance. Biking, as well as other forms of aerobic exercise, helps to increase the size of your hippocampus, which is responsible for memory and problem solving skills.

5. You won't get stuck in traffic.

Driving at rush hour, especially in busy metropolitan areas, can be frustrating when you have to deal with stop and go traffic. Biking paths and sidewalks have much less congestion, and you will often be able to go to and from work without stopping more than a few times.

6. It's cheaper than a gym membership.

Provided that you already own a bicycle, biking to work is free. Not only do you save money on gas (as mentioned earlier), but you don't have to pay for an expensive gym membership. Biking is a great form of exercise, and by using it as your transportation to and from class or work, you don't have to spend more time working out at the gym after you get home.

7. You never have to worry about finding a parking spot.

Finding a place to park can sometimes be a difficult task, but taking a bicycle avoids that annoying part of driving. It's typically much easier to find a place to lock up your bike than to park a car.

8. You get to take the scenic route.

There are a lot of places that bikes can go, but cars cannot. Some biking paths go through parks or wooded areas, which are much more pleasant to look at than a gridlock of cars on a congested city street. Many biking paths are adjacent to city streets, but this doesn't mean you can't still get the scenic route. Because you aren't stuck inside a car, you get to take a look at the city in a new, different way.

Glorie Martinez
224
Why I Write On Odyssey