When in doubt, just think, "What Would Nick Saban Do?" 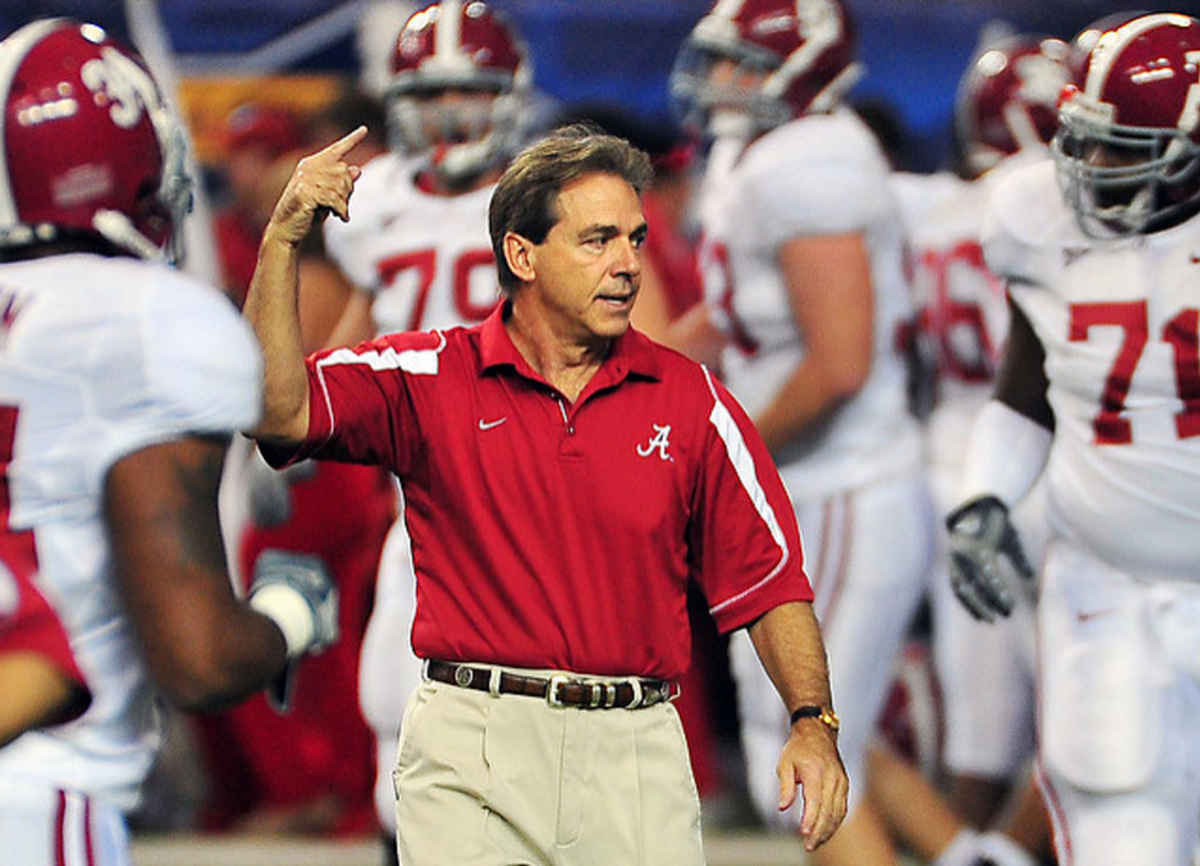 It's no secret Nick Saban is revered all across Alabama (except Auburn, obviously). He's known for his unwavering focus, drive, and leadership. He is constantly looking for ways to improve his team, and his one focus is on the next game–not the championship or the potential recruit for next season–but how they're going to prepare for the next game on Saturday. My dad is a die-hard Alabama fan. When deciding whether to live in Montgomery or Tuscaloosa, he picked Tuscaloosa. Because of Alabama football. Now, whenever any of us kids have questions or need life advice, his go-to source is Nick Saban. So here are the 7 reasons Nick Saban is the greatest human on Earth, according to my dad.

Apparently, he has eaten the same lunch (a salad) every day since he's been at Alabama because he doesn't want to waste time having to pick what he wants for lunch.

This comes from part of a talk by Nick Saban. Mediocre people, or those who settle for mediocrity, don't like being around high achievers. Instead of trying to help them out, they'll put up road blocks to keep them from achieving their goals. It’s eye-opening because it makes you realize that if you’re trying to achieve a level of excellence in whatever job you’re doing, there are going to be people who will dislike that and try to keep you from succeeding. So if you want to be a high achiever, you need to surround yourself with other high achievers who will support you.

You focus on what you’re supposed to; do your job the right way every time; don’t worry about if other people are doing their job correctly; rely on the people around you; don’t waste a lot of mental energy on things that aren’t your responsibility or that you don’t have control of.

“Make Their Ass Quit” which means that whatever or whoever your competition is in life (another business, fighting cancer, relationships) whatever it is, you need to come with the fire and determination to do whatever it takes to dominate that opponent.

Supposedly, when Nick Saban came in, he outlined everyone’s jobs in the athletic organization (from the janitors all the way up to the coordinators) in order to ensure everything was running exactly how it needed to and exactly how he wanted it.

As you can see, there's a lot my dad loves and respects about Nick Saban. And he has good reason to. So next time you're in doubt, just think to yourself, "What would Nick Saban do?"