6 Swimmers Every Team Has
Odyssey

6 Swimmers Every Team Has

Can you identify them all on your team? 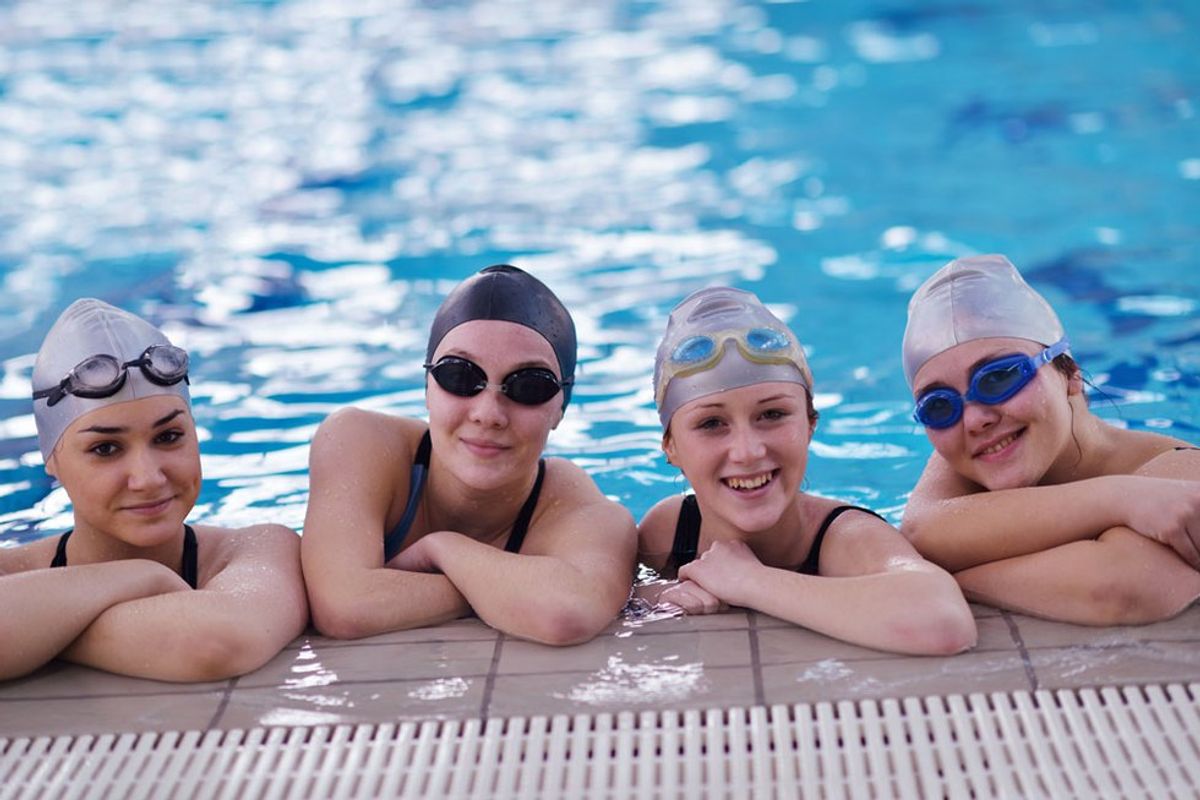 They're there. Every team has them. Swimmers with all types of habits and tendencies. Some habits are admirable. They make you want to be like them and work harder on your own abilities. Others not so much. They may make you want to smack some sense into your teammates. Regardless, they never change. They swim on - in your lane, in front of you, or across the pool. Can you identify each type of swimmer on your team?

This swimmer is always on your heels, literally. Clearly they are not waiting the standard five seconds before pushing off after you otherwise they would not keep touching your feet. Of course, they wouldn't bother you as much if they would actually pass you. But do they? Nope. As you as you get to the wall and tell them to go ahead they say no. Next time you push off, they're touching your feet again!

Bulldozers are almost worse than Feet Touchers, depending on your opinion. They do the exact opposite of Feet Touchers. Instead of touching your feet and hanging out right behind you, Bulldozers push onward. First they touch your feet, then the back of your knee, then they try to pass you with swimmers coming in the opposite direction. Before you know it you are making eye contact underwater as they do a flip turn literally on top of you.

The last thing anyone wants to do at six in the morning is jump into a cold pool. That's understandable. But these guys take it a little too far. Procrastinators stumble in just as everyone is jumping in for warm ups. Then they have to stretch, walk around, put on their cap, adjust their goggles, and stare at the water for a little bit. Meanwhile, the rest of the team has finished warm up and is waiting for the Procrastinators to get in.

Once again an opposite, an Eager Beaver is the first one in the water. They show up for six o'clock practice, get their goggles on and stretch in one fluid movement, and jump in before everyone else has a chance to realize what's going on. Their focus and determination is admirable, until the coach is yelling at everyone else to hurry up and get in the water. Couldn't they have just waited another five minutes? It's not even time to start practice yet!

This swimmer thinks every pool is the Olympics. Every set is a chance to win. While it might be a great motivational strategy, they often forget that the race is only in their heads. It can get old to listen to a teammate brag about out touching you in a race you didn't know you were participating in. Or to have a teammate next to you suddenly race past you in the last rep of a set just to look faster.

Every team has at least one or two of these. These swimmers aren't always the fastest, or the most focused. They are on the team simply to feel a part of something. They work hard in practice, but they are more concerned with having fun and making sure everyone else is having fun and swimming well.