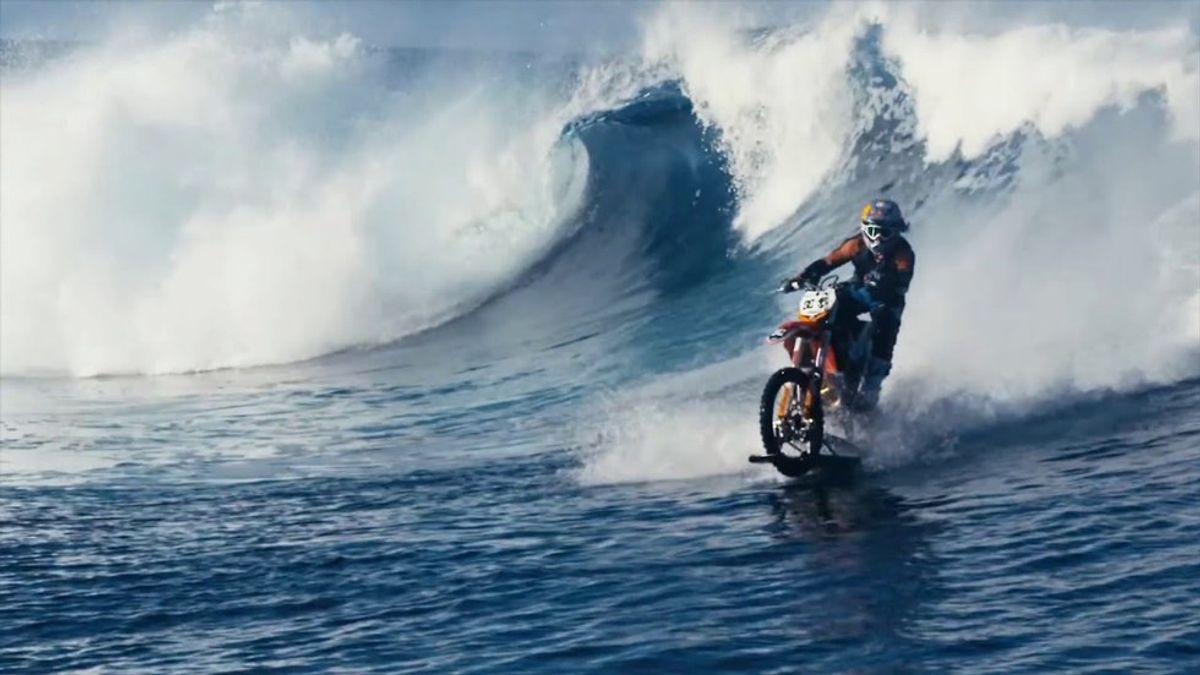 The internet is one of the worlds greatest inventions, mainly because it can introduce you to things you honestly would have never thought of. For example, scrolling through my Facebook feed this week I learned that there are all kinds of sports that no one knew about such as Professional Parkour Tag. Now if that wasn’t odd enough, there are actual things that count as “Extreme Sports” that are probably weirder than Parkour Tag, so after doing extensive Research (instead of studying like a good college student) here are the strangest extreme sports I could find.

I’m not really sure whose idea this was but it seems like a really bad one to me. Essentially what you do is hike up the side of an active volcano and then use either a wooden sled or board and slide down the ash covered volcano. It is nowhere near as nice or serene as snowboarding but I guess it’s all about the adrenaline rush.

It’s essentially what it sounds like. You strap on roller skates and go as low as you can go. The current record is 6.69 inches off the ground.

Underwater Hockey has been gaining popularity in the U.S. since 2013. It combines swimming with hockey. It actually takes a lot of skill due to the amount of pressure on the players, the tiny 12 inch hockey sticks, and the heavy ice hockey puck that stays on the bottom of the pool.

What do you get when you combine rugby with capture the flag rules? Essentially Bo-taoshi. There are two very large teams. One has a pole with a man who is perched on top. The objective of the game is to knock over the pole. If you haven’t seen the video about this game you should because it is ridiculously violent and silly.

No one really likes household chores so why anyone would choose to do them in their free time is beyond me. Why anyone would want to take those chores to the next level also makes no sense but that is exactly what these people have done. This is a sport that has been done almost anywhere. It has been done while water ski-ing, sky diving, cycling, and even scuba diving.

Unicyclers are a dying breed as it is, but those who combine mountain biking and unicycling are might end up dead. Honestly I think it is the most dangerous sport on this list but that also might be because I lack basic balance skills.