Why Figure Skating Is One Of The Hardest Sports In The World
Odyssey
CurrentlySwoonLifestyleHealth & WellnessStudent LifeContent InspirationEntertainmentPolitics and ActivismSportsAdulting
About usAdvertiseTermsPrivacyDMCAContact us
® 2023 ODYSSEY
Welcome back
Sign in to comment to your favorite stories, participate in your community and interact with your friends
or
LOG IN WITH FACEBOOK
No account? Create one
Start writing a post
Sports

It isn't all pretty dresses and makeup. 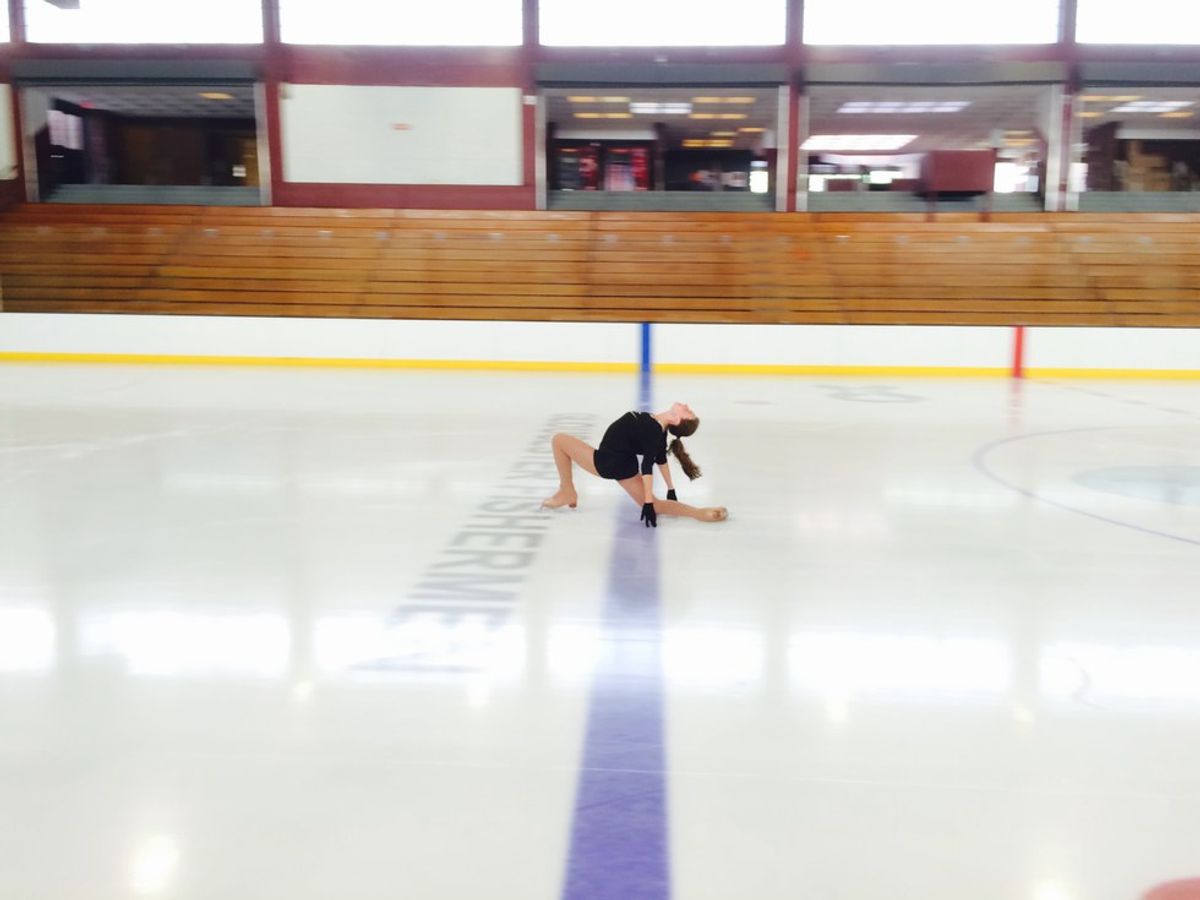 I’m sure some of you laughed at that title, but the men and women who have participated in this grueling sport understand it’s the truth. I’ve been athletic my entire life. I’ve done soccer, basketball, softball, tennis, gymnastics, swimming, dance, field hockey, lacrosse, and figure skating, and I dedicated myself to all those sports. I can say honestly, however, that figure skating is the hardest sport and therefore the most rewarding.

While the stereotypical figure skating music is soft and slow and pretty, the people who compete with it are tough, fierce and driven. How would you feel after skating triple sessions in one day and you still can’t get the majority of jumps in your program? What about when there’s a competition coming up and your coach is making you do double run-throughs? We want to yell in our coaches’ faces but we can’t get enough air back into our lungs to express how badly our legs are burning. So without further ado, here are four reasons figure skating is incredibly difficult.

Our blades are four millimeters thick…four millimeters. We balance on very small metal edges as we fling our bodies into spins and jumps and footwork. It takes a heck of a lot more coordination and strength to stay standing as we go through our routines as opposed to running around on a field. Also, the smallest changes make the biggest differences. If you go too long without sharpening your blades, you won’t be able to do your jumps or spins with the proper speed or height. If you go too long without getting new blades, they will flatten out and make it literally impossible to do any skills. While it’s also important to get new sneakers or cleats for other athletes, using run-down equipment will not completely stop your ability to compete as it does with skating.

The falls are painful and frequent. The only way to improve is to try new jumps and spins…the only way to learn those new skills is to try wholeheartedly. Nobody lands a double jump for the first time if she doesn’t really try to jump. When you really jump high and lose control, you fall hard on freezing cold ice, which is just as soft as pavement and we don’t use pads. I’ve had bruises on my knees, hips, tailbones, elbows, even shoulders. I’ve dislocated my shoulder and knee during skating. However, when you fall that hard, you have to just skate it off. You won’t improve if you don’t take the falls, but just imagine that time you took a tumble on public ice that one time you went with some friends…you have to keep falling until you get better at gliding, but at least you’re not flying into a double double combination jump.

Personally, this was always the hardest part of the sport for me because I’m not naturally flexible. It is incredibly important, but not for the reason most of you are probably thinking of. It doesn’t matter so much if you can’t lift your leg over your head during a spin or a spiral. That skill is great for bonus points, but you have to be flexible enough to do the little things. For example, if my hip flexor is tight, I won’t be able to take off vertically for my jumps, which could lead to some fantastic falls. If my hamstrings are tight, I won’t be able to bend at the waist enough for a spin because it hurts too much. However, it’s very difficult to stay flexible enough because your muscles get tight when you work out hard on the ice, so you need to stretch enough after every practice to make sure you can still do the skills. It’s a relentless, difficult cycle.

While skating for four minutes straight and flinging your body into the air to do jump after jump and doing difficult footwork to get crucial points, you have to be present. The. Entire. Time. You can’t be hunchbacked with spaghetti arms as you skate. That presents a terrible image to the judges and audience. When you can barely breathe and you are frantically trying to stay calm for your next jump passage, you have to keep your shoulders down, have your arms out, your head held high and your torso upright. It takes so much more strength to stand straight while doing these skills as supposed to just channeling that strength into getting up in the air. Try this right now: keep your arms straight out from your body at shoulder length for four minutes straight. It’s not as easy as it seems, so imagine doing that while going all over the ice.

How on Earth is this sport worth it? What insane people would put their bodies through the constant pain and humiliation and stress just to do a perfect program on the ice? The answer is the people who have felt the incredible satisfaction and pride in themselves when they finally get it right. It could take months, but when you’re as stubborn as a skater, it eventually comes together and it’s the most rewarding feeling in the world to finally land that jump on the toe or to nail that jump passage in the program. The sport only attracts the type of athletes who are willing to go through hell and back to do their passion and do it well. It, therefore, is not for the faint hearted and should be recognized as one of the most difficult sports out there.

Nicole Marie Nigro
Individual Creator
7444
c1.staticflickr.com
Where to start...... Let me start with the cliche that life throws us curveballs and what we do with it is what counts.