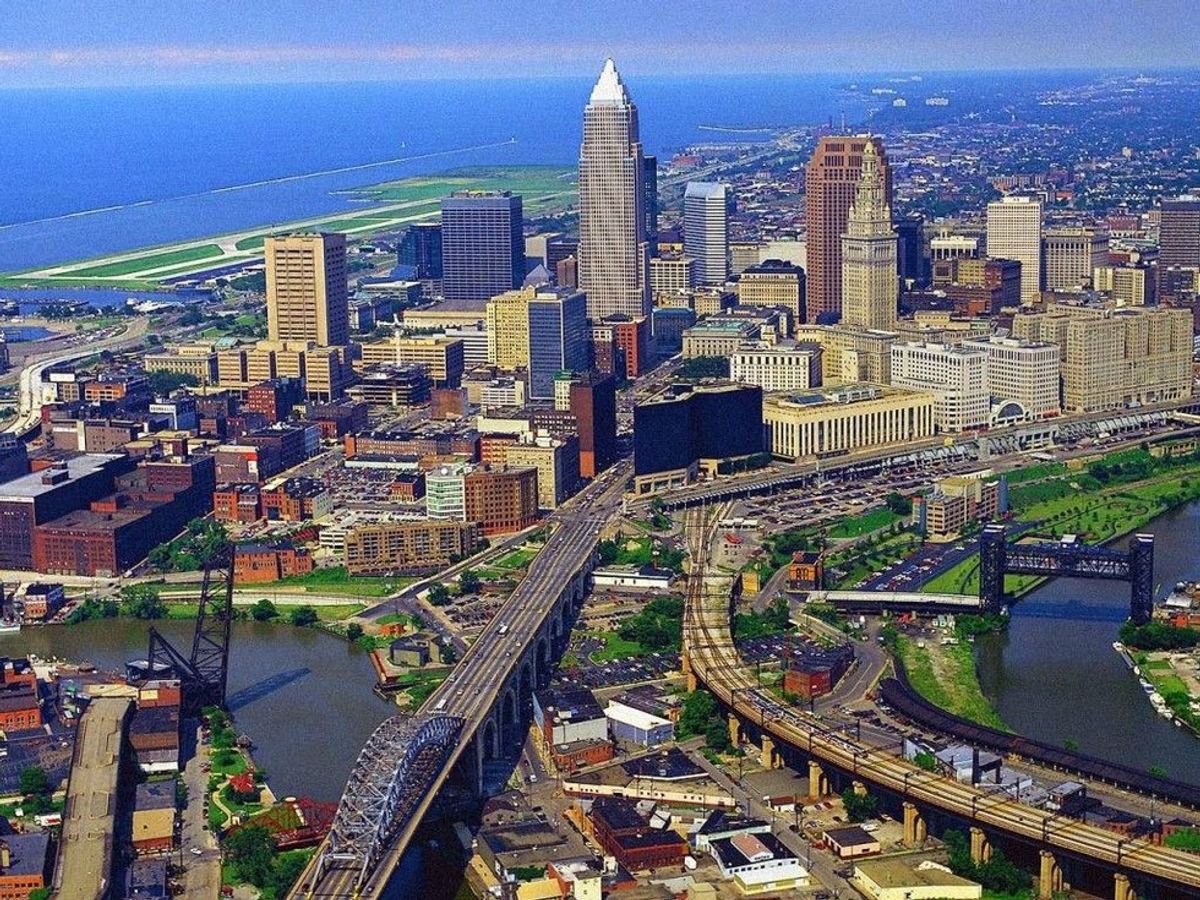 I like to refer to Ohio as the 6 C's: Cincinnati, Columbus, Cleveland, Cows, Corn and Construction. Besides those things, there is not much worth mentioning about this state. As much as you may dislike it, as soon as someone from outside of Ohio bad-mouths it, you get angry. Its a state we love to hate and hate to love. Here's some surefire ways you know you're a true Ohioan.

1. You could drive over a 5 foot pothole and not even flinch

It's to the point now where you are actually more concerned when you're on a road without potholes.

2. Even if you don't care about football, you despise the school up north

You were born with Buckeye blood and will forever hate *ichigan.

3. You have spelled Ohio with your arms somewhere other than Ohio

Bonus points if you used a landmark as the I.

4. The only way you know how to give directions is in time increments instead of miles

Apparently saying "its 5 minutes away" is native to our dear Ohio.

5. You have never driven 10 miles without construction

At this point, there's probably more orange cones in Ohio than people.

6. Cedar Point or Kings Island are the best vacations you could ever take

Even if you've ridden every ride 100 times because its the only "vacation" you ever take, it is still one of the best ways to spend a day.

7. You know that Columbus is split down the middle on which pro teams they support

Cleveland is Browns and Indians fans, Cincinnati is Bengals and Reds fans, and Columbus just has to choose one.

8. You've probably needed shorts and a winter coat in the same day

9. You've been to a flea market

There's probably an annual one on your town square, or one near you.

11. You find yourself craving Skyline Chili on a weekly basis

Because what's better than cheese, spaghetti noodles and meat together?

12. And you compare every chocolate chip ice cream to Graeters

Chocolate chips that aren't the size of a boulder aren't even worth your time anymore.

13. You've eaten at at least 3 restaurants with deer heads mounted on the wall

You know you have.

14. You either love or hate Lebron James, there's no middle ground

With Ohio being James' home state, its only fair we argue about him.

15. You've said "I'm from Columbus" or "I'm from Cleveland" even when you live upwards of 45 minutes away from the city

Because nobody really would have any idea where your hometown is.

16. Every graduation party you went to had a game of corn-hole

They were probably decorated with the college the person was going to attend, and if not, it was probably scarlet and grey. Because Ohio.

17. You think people who say "soda" are wrong

18. At any given spot, you're 5 miles away from a cornfield

You probably live next to one, behind one, or pass one on your way to work.

19. You know at least one person who's dad is a farmer

20. Either you or someone you know has totaled a car due to a deer

Those deer crossing signs do not help diminish the ridiculous amount of deer killed daily by cars.

21. Every party you've ever gone to has ended around a bonfire

Because if it doesn't end around a huge fire, it wasn't really an Ohio party.

22. You don't think of Florida when Miami is mentioned

At this point you don't even say "of Ohio?" you just assume it is.

23. And you don't think of Kentucky when Bowling Green is mentioned

Where even is Bowling Green Kentucky?

24. And you don't think of Europe when Athens or Oxford is mentioned

You get the point.

25. You probably don't want to live here forever, but it will always feel like home

Ohio may not be perfect, but but we will always carry a part of it with us.