25 Things Only People From Maryland Will Understand

25 Things Only People From Maryland Will Understand

Because sometimes amazing things really do come in small packages. 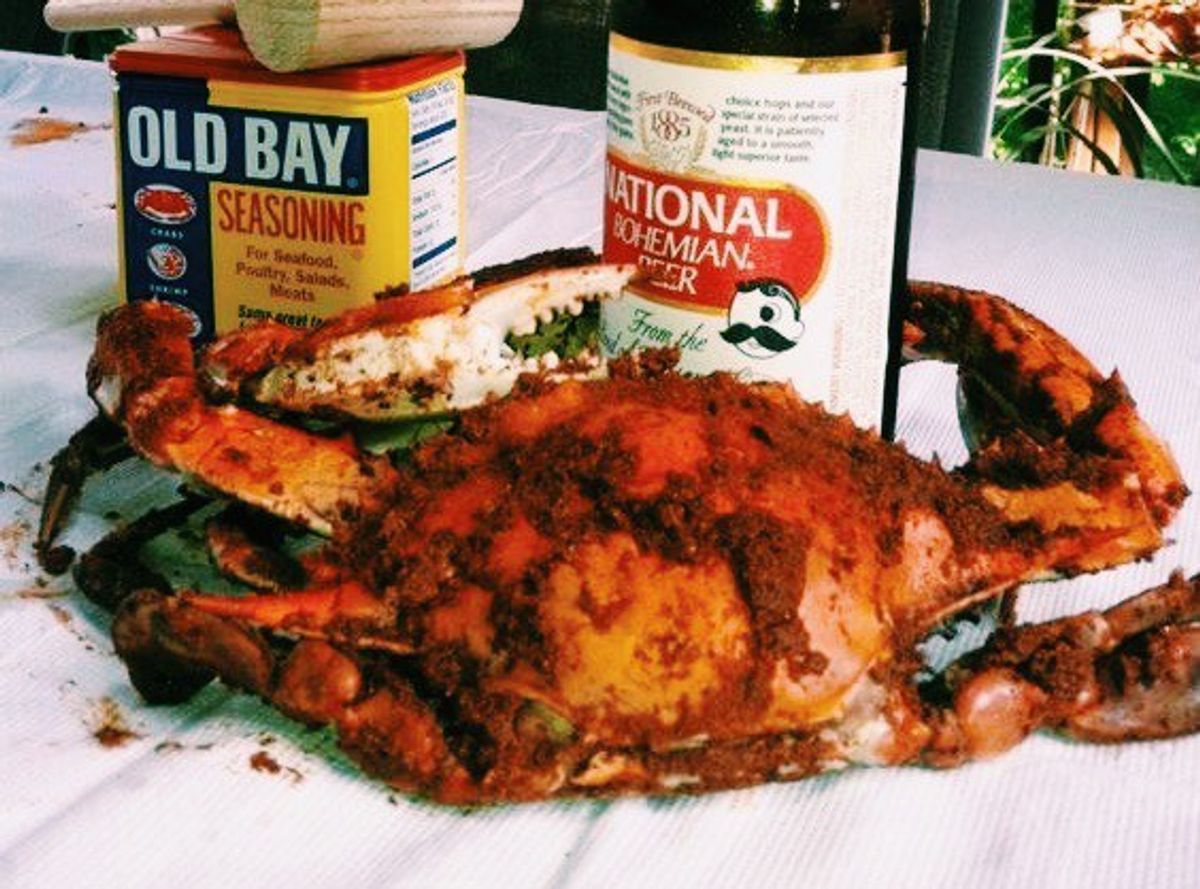 If someone were to ask you what the most awesome state was, Maryland probably wouldn't be the first one to pop into your head. In fact, most of the kids growing up in Maryland can't wait to get out, but once you do you look back and appreciate how home-y your home state really was. Even though some people might ignore Maryland as some random east-coast state or the tiny filling of the infamous "DMV", us Marylanders take pride in where we came from and the things that only we understand.

1. Old Bay. We literally put that stuff on everything.

Crabs, soups, cakes, pretzels, hummus, pizza, fries, popcorn, and just about anything you can think of. Taking a can of old bay out of state with you whether it be on vacation or relocation is a must. Other people just don't know what they're missing.

2. Feeling a certain type of bond with anyone you meet out of state.

Anyone that has a 301 or 240 number, you want to ask them 50 thousand questions about where they're from.

3. The "jocks" in high school are just as likely to be a lacrosse player as a football player.

We love our lacrosse. If you ask around Maryland, chances are most of the people you’ll talk to played lax in high school.

4. Going to Ocean city (or Ocean Sh*tty as we call it) for either the weekend or "senior week" and leaving all sense of dignity and caution behind.

But we all end up making the memories of a lifetime there.

nothing is better than indulging in Fractured Prune doughnuts for breakfast, lunch, and dinner.


6. Not being surprised at all when an "Eastern Motors" commercial comes on the TV...

And you, unfortunately, know every single word.

7. We do crab like no place in the world.

There are few things that get Marylanders more excited than tearing into a bushel of red-shelled beauties. From cakes to dip, you can always tell when anything crab flavored is a Maryland blue crab. I mean seriously, we have a whole season dedicated to eating these things.

8. Knowing that in just an hour-or-so's drive in any direction, we can have a city, mountains, or beaches.

And yes, they are all beautiful.

9. Feeling like a geography wiz because we all know that Baltimore is in fact- NOT our state capital.

National Bohemian beer is the only beer you’ll ever need to know in Maryland. Brewed locally and advertised with Mr. Boh within an inch of it's life, Natty Boh is more of a landmark than it is a beer. Any true cheap beer connoisseur knows that nothing else can really compare. And yes, people will even class it up by putting old bay on the rim.12. No, not everyone here is from DC.

13. Knowing the exact placement of every speed camera in your county.


Because chances are, you've been caught at least once.

Football is a touchy subject for us Marylanders after the Colts broke our hearts. However a lot of us are true Redskins fans despite their lack in talent, and the rest of us jumped ship to root for the Ravens, but both are opinionated on the subject. Redskins fans will tell you that they’re true football fans because they've stuck with them through their multiple losses, and that Ravens fans are just a bunch of bandwagon posers. Ravens fans simply respond with, “But who won the Super Bowl?" The division doesn’t stop there. Maryland is also split between Baltimore Orioles and Washington Nationals fans, but that’s a whole different story.

15. Being tempted to never step foot in the woods knowing The Blair Witch Project was filmed in your state.

Or maybe that's just me.

16. Being one of the only people out of state that knows how to pronounce "Towson."

It`s pronounced just like it`s written. Tow, rhymes with cow, son as in male child or sun in the sky. Not "town-sun."

17. Introducing yourself by county.

In Maryland, your county is your family (most of the time quite literally).

18. Finding humor when you see "Maryland Crab Cake" written on a menu at a restaurant outside of Maryland.

19. You probably know someone with a boat.

...and you'll pretend to be their best friend for the day so they can take you river tubing.


20. Almost losing your life more than once because your state is overflowing with deer.

Then allowing one (or several) to live in your backyard for a year because you made the mistake of feeding them.


21. Seeing a civil war re-enactment at least once.

For some odd reason, people around here just love those.

We love the fair so much that we get a day off of school specifically for "fair day." Nothing is more fun then riding "the zipper" over and over with your crush until you puke up your fried Oreos.

22. The best pizza is square shaped.

24. Whether you're from Maryland or not, we all know deep down that we have the sweetest state flag of all time.

While people in other states barely even know what their flag looks like, Marylanders fly theirs proudly all across the state.

25. Lastly, Maryland teaches you things that you just can't learn anywhere else.

Growing up in a small state you're more than likely to want to get out as soon as you can. But once you do, I promise you'll always be thankful for how you grew up. While you might have left it to follow your path elsewhere, the foundation you got from Maryland is something you'll never lose. It'll always be home.

Professional Athletes Are Paid Too Much