15 Things You Notice On Dating Sites

15 Things You Notice On Dating Sites

When you spend enough time anywhere, you start to notice trends, especially when it comes to online dating. 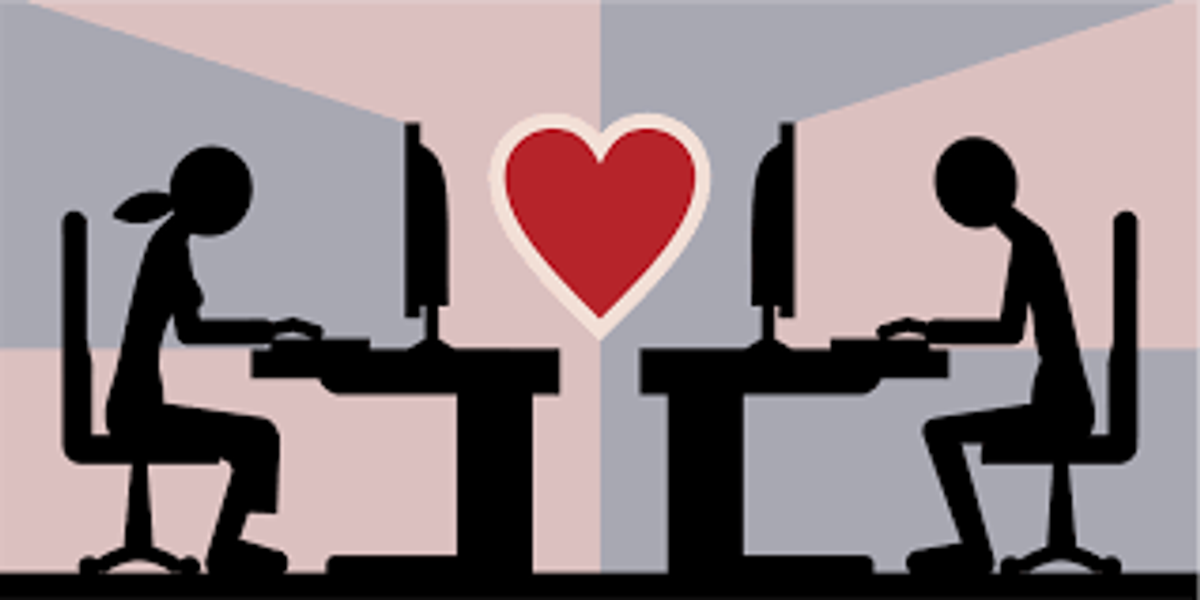 I have been single for quite a while now. And as a single person, it's hard not to notice all the dating sites that pop up on Facebook and even on TV commercials. I've used different sites on and off over the years, and every time I do there are a few trends that seem to come up time and time again. I can only speak for women profiles that I have seen on different sites (and also, for people that are between the ages of 18 and 25), and not men. Here are 15 things you start to notice on dating sites.

Dating in your early 20s can be fickle sometimes, and most people don’t want to have children yet. And plenty of people that age already have children. When someone has a child in one of their pictures that isn’t theirs, they want to make sure that everyone knows that it’s actually their nephew or niece or some other child.

It doesn’t matter what animal it is, people love them. Their dogs, cats, horses and any other pet you can imagine. You often see them in profile pictures, and even at times see them in the bios of the people. One of the most common things is, “I probably like my dog more than I'll like you,” and, “If you don’t like dogs we won’t work out."

3. Sometimes just a little is all you need.

Almost every dating sight has a bio section, where the person is able to talk about themselves. Sometimes you will find entire life stories hidden in them, and other times all you get is a sentence. These sentences are usually a short, witty quip to something they like or dislike, and that’s all they need you to know before trying to talk to them.

4. People embrace not being mainstream.

They are who they are and everyone else can deal with it. They make it known that they are different than other people for some reason or another. Maybe it’s as simple as they follow a less-known religion, or they're transgender and don’t want to be criticized for who they are. These people frankly don’t care what other people think of them.

5. Religion can really mean a lot.

6. Smoking can be a deal-breaker.

I’m not talking about smoking cigarettes. Though marijuana is illegal in most of the states, there is a huge culture around it, and many people use it anyway. For some, if you aren’t “420 friendly,” then don’t even bother trying. And others don’t want anything to do with the drug.

Probably the most common thing you see on dating sites is that people want more than sex. Obviously, because they are putting themselves out there in an attempt to find a significant other, they don’t want every person that comes their way to just be trying to get into their pants, many saying, “If all you want is sex, then don’t even bother trying.”

Not just that people enjoy drinking, but some people have a connection to specific types of alcohol. They like their Coors Light, their Jack, and even specific types of wine sometimes. Or maybe they are indifferent; as long as they have something to drink they’ll be happy.

Especially here in the South, family is a big deal to most people. They make that known when trying to find a significant other that they can hopefully take home to their family. Pictures with family, comments on how much they mean to them; you see it all.

When I say personality, I don’t mean just who a person is, but rather the personality that you get from taking a personality test. For example, I am an INFP. For people that understand personalities, some work well with others. So people will tell what they are in hopes that it will help them match with someone with a corresponding personality.

11. You always have to explain yourself.

This is similar to the having-a-child thing from before. If there is a weird photo, people want you to understand why it’s there. They don’t want to scare people away with something weird if in reality it’s only weird when out of context, unlike the image above, which is weird with or without context.

12. Try to leave nothing to the imagination.

This is less on a visual level, and more about understanding who the person is. Some people will have their entire backstory, everything you need to know about who they are, and why they are there laid out so you don’t have to do much work to know a lot about them. They want to be as appealing as possible, so they try not to keep secrets from people in their profile.

People care about the height of their significant other. I can only speak for women’s profiles, but I see all the time that they don’t want to date someone that is shorter than them. They state that they want tall men, and someone being shorter than them just won’t work.

14. People are afraid to put themselves out there sometimes.

The opposite of point No. 12. Sometimes people put very little about themselves, having their bio be nothing more than “ask me.” People want you to come to them and actually talk to them and figure out who they are that way, instead of serving it to you on a silver platter.

15. People aren’t all there for the same reason.

This could not be more obvious. Some people really think they are going to find a soul mate through these sites, others just want casual relationships, and then other people only want to meet new friends or to meet people. Every single person that you see on a dating site is looking for something different.
Report this Content
This article has not been reviewed by Odyssey HQ and solely reflects the ideas and opinions of the creator.