Who could resist looking at these cutie pies? 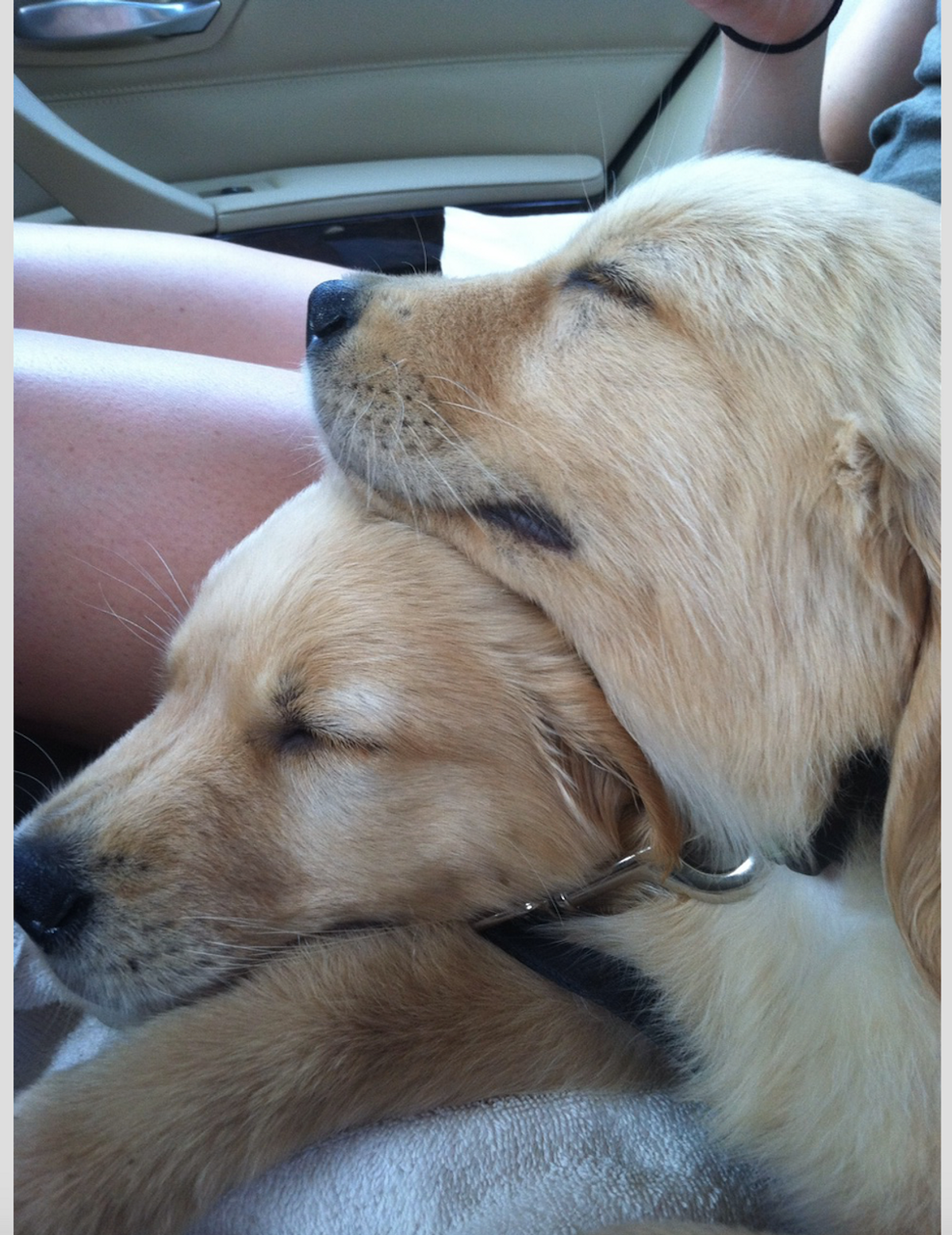 Who could resist looking at these cutie pies? Sometimes all what you need is some time away from work and school to look at pictures of adorable Golden Retrievers. Take a look at these priceless shots -- but be warned, you're going to want one! So I suggest hiding your wallet as you look at them before you buy one in the morning.

This cutie pie is going to be called Ralphie. He's a fan of convict-style striped pajamas, and he likes to steal your grilled cheeses. He's also a fan of socks.

This is Pete. He enjoys curling up like a cat and cuddling next to your feet. He also enjoys biting your feet. Don't let that face fool you. Pete's a little devil.

Charlie and Diane are twins. Yes, twins. They'd like to think they're enemies, but let's be honest, these siblings love each other.

Some people think Sarah is a lion. Sarah may think she is a lion, too. Let's just call her what she is -- a football fan. No doubt about it. She's a Redskins fan. All the way. Sarah watches TV in her free time and enjoys short walks and more food.

Beet is a dangerous little fellow. He may or may not have once demolished a sofa and a kitchen table in the same day. But yes, beet is also a little puppy model. And he's basically adorable. He may not like his vegetables, but he deeply enjoys naps. Beet is Sarah's next-door neighbor.

Frank would like to think he is a king. In reality, Frank's favorite thing is stealing his sister's mac and cheese. Thank you, Frank. Thank you for that. Hope you enjoyed it.

Eleanor may be carrying a basketball, but she does not play. She also refuses to fetch that ball. She also would like to think she is a gymnast.

Jeanne is an adventurer. She likes to collect leaves and frolic in the valley when she's not napping.

Claretta aspires to be a firefighter. On the outside, you'd think she'd want to be a ballerina. No. Claretta is fierce and Claretta is strong.

George enjoys styling his hair in a mohawk formation when his mom's not looking.

Henry is still recovering from eating his father's steak last night. Henry also may have seen a bear in the back yard.

Ben, like Henry, is in recovery right now. The loaf of French bread that he stole is still inside of him.

Caitlin Marie Grimes
University of South Florida
8534
Beyond The States