What It's Like To Be A Young Republican In Today's Society

As A Young, Female Republican, I Encourage You To Stand Up For Your Beliefs, Even When You Disagree With Mine

Just because I'm a Republican doesn't mean that I'm like every other Republican you've ever met. 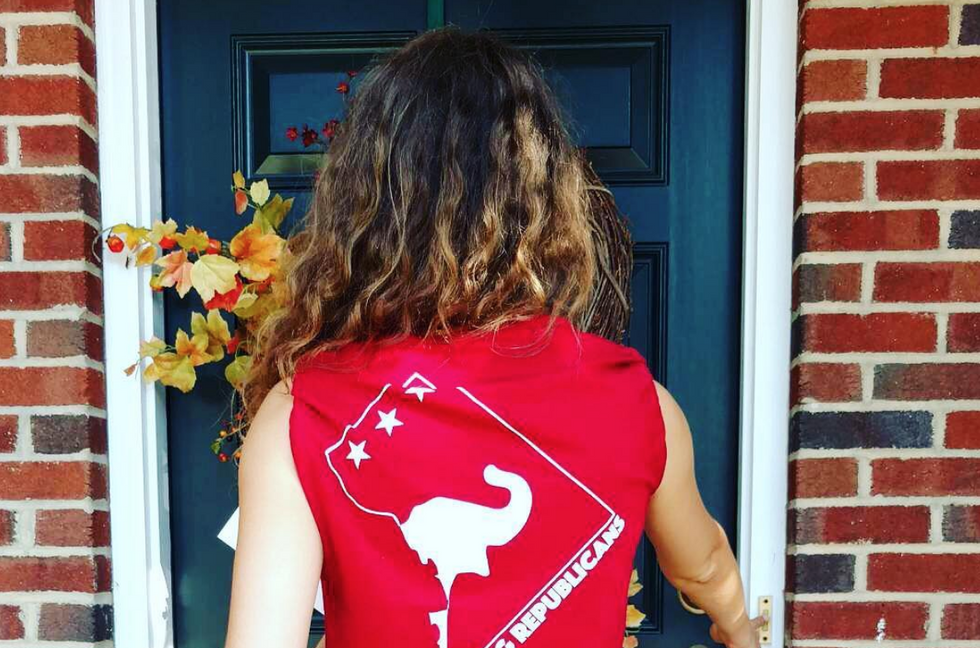 In today's society, there seems to be a clear defining line between republicans and democrats, but most people's political views are not so clearly defined.

I am proud of who I am and who I support, but I would be lying to say that there are never times or places that I am afraid to express my political views.

I grew up in a small town, surrounded by Republicans, so I never really felt out of place.

The first time I felt any real scrutiny over my political view was when I went to eat with my mom while wearing a "Make America Great Again" shirt in the months leading up to the 2016 election.

I was standing behind her in line and when the girl at the register took her order, she was nice as can be.

However, as soon as I stepped up to order, she immediately looked down at my shirt, dropped her smile, and rudely said, "yeah and what do you want?"

I was completely taken aback but tried to ignore the scrutiny as best as I could. My mother nor I said anything about the hurtful way I was talked to, but it really stuck with me. It was absolutely insane to me that she felt like she had the right to judge everything about who I am as a person and treat me differently, based solely on the presidential candidate I supported.

And honestly, it has gotten much worse since.

When I left for college, I wanted to hang a Trump-Pence poster in my dorm, but my mother begged me not to, out of fear of me being bullied or harassed by anyone who might see it. The one and only time I wore my Trump shirt on campus was for a sorority "American" themed event.

My close friend came by my dorm room to pick me up for the event, and in just the short 20-second walk from the building to her car, a group of women noticed my shirt and started talking, pointing, and laughing at me. I have been bashed, put down, cussed at, called names, and so much more — by people who know nothing more about me than who I support politically.

News flash: Just because I identify as a republican, doesn't mean that EVERY SINGLE view of mine is "conservative."

Yes, I am pro-life. I believe in strong military force when it is due and working to earn what we have.

I think immigration should be done the legal way and that we should stand for the flag.

I believe in Trump.

He has done SO MUCH for this country and has worked hard to fulfill his campaign promises.

However, I also believe he has his flaws and could benefit from learning when to be just a little quieter.

I believe in same-sex marriage, gender equality, and feel like it's no one's business to tell you who you are or who you can be.

I think we should make the process easier for those who desperately want to make America their home.

I believe in being who you are, standing for what you believe in.

Honestly, isn't treating someone badly just because they're different everything you work so hard to discourage?

I respect who you are and will never belittle you based solely on your chosen political candidate, all I ask is that you give me the same respect.