Why I Support The Alabama Abortion Law

I Lost Two Babies Before Age 20, And I’m Proud Of Alabama For Banning Abortion 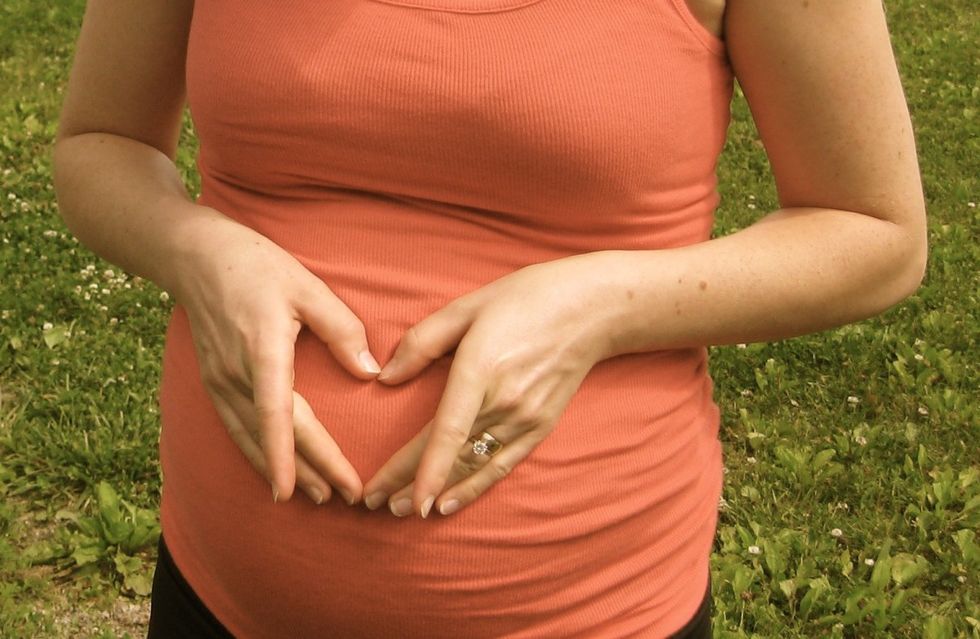 Gov. Kay Ivey signed the Alabama Human Life Protection Act into law on May 15 after it passed with flying colors in both branches of Alabama legislature.

Before moving on, I feel as though I need to point out that these felony charges are NOT for the woman, but for the doctor/professional who performs the abortion.

Much of the opposition comes from the lack of exceptions for cases of rape and incest. However, there is an exception in cases where the mother's life is at extreme risk.

SEE ALSO: Alabama's Abortion Ban, Passed Into Law By 25 Men, Is Not Pro-Life — It's Anti-Woman

I've seen A LOT of posts lately from the liberal/pro-choice side of the issue, with little public representation (outside of personal social media outlets) from the pro-life side. So, here is my take on the matter.

I've always been a very open person and someone who can at least listen to (and respect) the opinions of others, even when they don't match my own beliefs. But the topic of abortion is my only exception.

I will NEVER be able to fathom how anyone in their right minds can support abortion. To me, it isn't an issue of pure opinion. It's about morals. Either you're okay with the murdering of unborn children or you're not. And unless you are in the latter group, your morals should be in question.

My opinions and beliefs on abortion are not based on culture or religion. When I was young, it could be argued that my raising or my Christian beliefs could be "to blame" for my pro-life stance. However, that is no longer the case. While I do still live in the same culture and still believe in the same religion, my stance is all my own, based on my own life experiences.

I became pregnant at 17 and was certainly scared out of my mind, but I made my choices and my own careless actions resulted in the conception of that beautiful, unmistakable life that grew inside of me.

But I lost that little life due to circumstances that I could not control.

At 19, I became pregnant again, for an even shorter period of time. Honestly, even in such early stages of pregnancy, there is still proof of that life inside of you. Little things that sometimes are hard to notice and sometimes are hard to ignore. I knew I was pregnant very early on both times, but I can promise you that, while one pregnancy was planned and one was not, that little life inside of me was ALWAYS a life.

From the moment I conceived, there was a life separate from my own.

As a woman who has lost pregnancies and worries about her future fertility, it angers me to even begin to think about a careless woman taking the life of her child due to her own selfish agenda.

Some argue that while our adoption and foster system are overrun, abortions should continue (and are considered to be the most viable option). Honestly, though, our world is crowded, over-populated, and dying, but you don't see liberals promoting mass genocide and murder just to protect and/or save the other half of the population.

SEE ALSO: I'm A Small Town Christian From Alabama, But As A Woman, I Cannot Support Banning Abortion

No one is standing up and saying, "But wouldn't it be better for everyone just to kill off half of us? Those who die will not have to suffer and those who live will prosper." Isn't that sort of what abortion is? Murdering a select group of life, just to save them from suffering and to protect those still here?

While I understand the utter travesty and pain of those impregnated due to rape, who are we to decide that the life of a baby conceived in such ways is any less important than another? I get that the lack of exceptions is infuriating to those who already believe abortion to be justified.

One life is no more or less worthy of protection than another.

The state of Alabama and its elected officials have shown bravery and efficiency these past couple weeks. Their hard work and dedication have brought this state honor and pride.

Rep. Terri Collins, the bill's sponsor, is courageous and strong. Even though the risks and backlash were known, Collins pushed this bill anyway and saw to it that the state of Alabama would no longer sit by the wayside and be a part of the murdering of innocent, unborn children.

I'm so glad that my home state now has the most strict laws on abortion in the United States since Roe v. Wade.

I firmly believe in The Alabama Human Life Protection Act.

I proudly stand with Alabama and its elected officials because life begins at conception.