It's great when you don't conform to identity politics 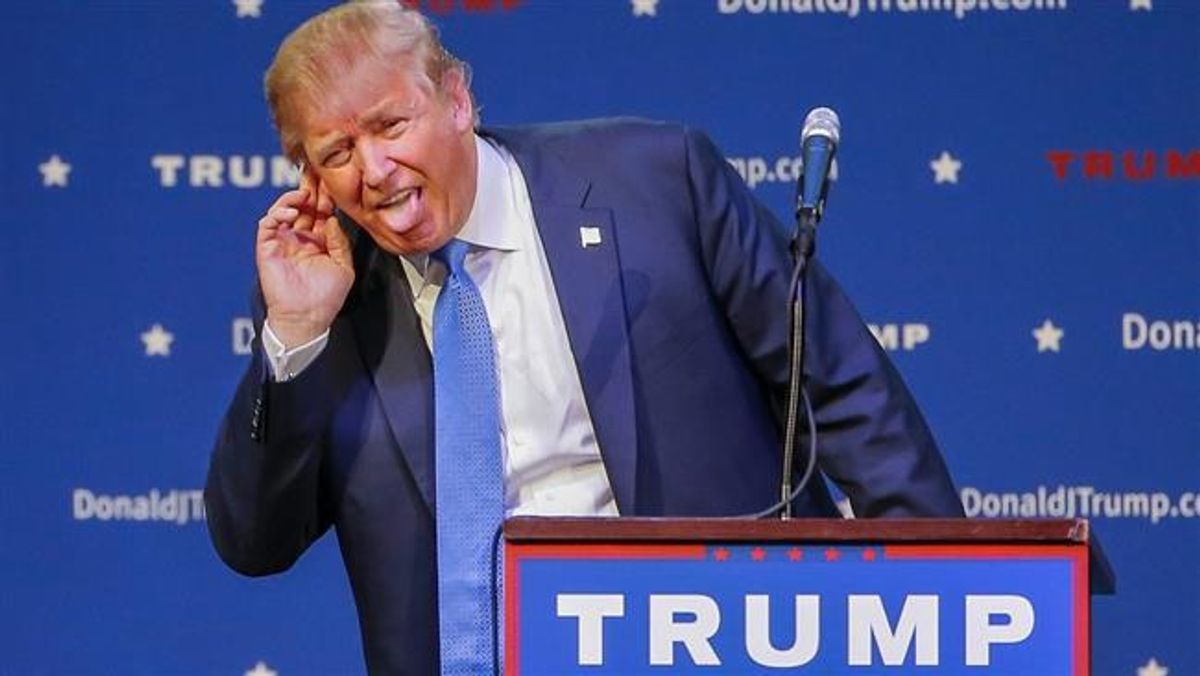 Liberals think throwing around the terms racist, xenophobic, sexist, ableist, and some other terms that liberals want to throw around to describe Trump would mean all his voters are at least one of these things if not all of them. Here’s the thing liberals, he’s neither of those things and your buzzwords and your identity politics don’t work. I’m a Hispanic and I’m voting for Trump. Before I get into why let me give you a few brief details about myself.

My grandparents immigrated here legally from Ecuador because they wanted their children to prosper and succeed. My stepfather came here from Colombia, and he’s here legally. He struggles to speak the English language but he’s proud to be here as a hardworking legal immigrant in construction. You notice a trend here, right? Donald Trump has never once said, “all immigrants are the problem.” His positions have always been clear with illegal immigrants, and why not? Illegal Immigration is a problem, and yes some illegal immigrants that cross the border are in fact, rapists.

Ironically, while liberals are notorious for trying to help black people in America, they’re actually doing harm by not securing our borders. The black unemployment rate is currently at 11 percent, yet illegal immigrants are the ones getting the jobs. No one sees any issue with this but Donald Trump? I certainly do, as I’d prefer someone who put the interests of Americans before the interest of his own agenda.

I also enjoy the idea of someone who’s anti-establishment. As a professional wrestling fan, one of my greatest joys was watching Stone Cold Steve Austin shout out profanity language, and beat up on his boss. That’s about as anti-establishment as it gets until you see Donald Trump. He’s forced everyone to play into his game of insults and get away from the idea of policy. Seriously name five policies discussed in the Democratic or Republican Primaries. Whether it’s the attempts by Kasich and Cruz to beat Trump, or the attempts by Hillary to outwit him, or Bernie Sanders attempt to be anti-establishment until he sold out to the Democrats, Trump beats them all.

Trump is not only anti-establishment but also very pro-First-Amendment. Now the First Amendment makes it so that the government can’t tell anyone what they can say, think, play, express, believe, etc. Now, thanks to the idea of being politically correct, which is the idea that one shouldn’t say something due to it being possibly offensive, that freedom of expression is being met with serious scrutiny. When a homosexual is unable to talk on campus because what he says might not be politically correct, then that says more about the people being offended rather than the content of the speaker. The day we start caring more about feelings rather than fact, that’s a world where madness has awoken.

Despite my interest for Americans to be put first by the president, people will look past that and already claim Trump is a racist or sexist or something else that comes from the horrendous world of Buzzfeed. What race has he gone after exactly? Illegal Immigrants? Radical Muslims? Those aren’t races, and there is legitimacy to his claims. Does he hate women? Why does he hire them? When it wasn’t ideal to hire women in construction, he hired a woman in construction named Barbara Res. Here’s the newsflash, he doesn’t care at all about race, sex, sexual preference, any of that. That’s the greatest thing about him. He sees your value to America, not by what race you are so he can win your vote, he sees the value of one's contributions to either his campaign or to society in the form of your job. God forbid someone stops caring about race and sees your merit as enough to commend or criticize you.

Just like this election, this was not about policies. This election hasn’t had any politicians where policies were a strong point, except maybe Rand Paul. There is a culture war that the regressive left want to blame all the worlds problems on the 1 percent, offensive speech and somehow the only way to solve these issues is to find a way to create an equal outcome and to make everyone less offensive. Trump just wants you to succeed on your own merit, and to me, that’s worthy enough to support him.