Where Would We Be Without Agriculture?
Odyssey

Where Would We Be Without Agriculture?

Why agriculture should never be taken for granted. 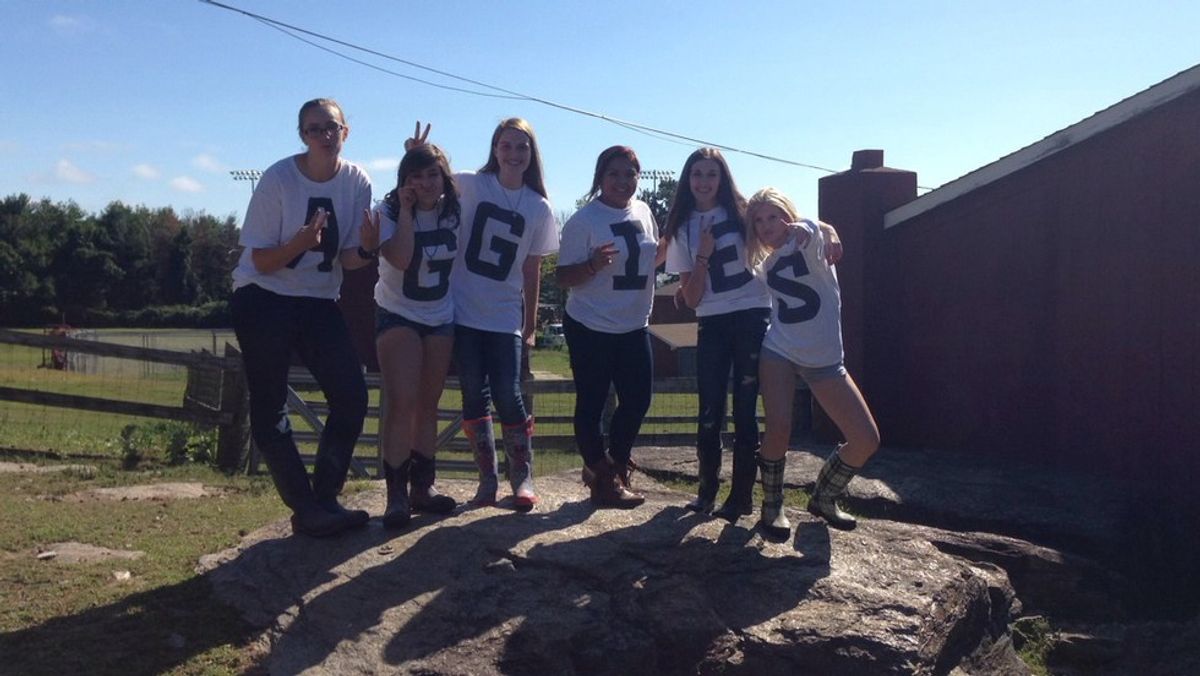 When I was in high school, our Ag program did not seem to get the credit it deserved. People would call it VOAG or vocational agriculture. I remember one of my teachers telling me that at a school he taught at in the past, his class was considered "nonacademic".

People don't realize what goes into agriculture and how important it is to just about every living species on the planet. Being a farmer or working in another agricultural career is difficult, but also rewarding. Agriculturalists sustain human life in more ways than just food production. Just about all of our resources come from the agricultural field.

This is the most obvious resource we get from agriculture, but I think that many people, especially in the US, take it for granted. When I joined my high school's Ag program and FFA as a high school freshman, I started looking at my food differently. Every vegetable, grain, and every piece of meat originates from a farm. All of the food you eat took hard work to make. Food production is one of the hardest, and most tiring jobs there is. It is unpredictable, involves endless manual labor, and is strategically challenging; however, it is one of the most rewarding jobs a person can have. I can't think of many career fields that are even close to being as important as food production.

Where do you think your paper came from? What about wood? Or even your soap and makeup? What about the ethanol that can be used to power cars? Most people know that trees are used to produce wood and paper, but not as many people realize that crops have a part in producing things like soap and makeup. Soap and makeup both contain oil. That oil can comes from many different crops. Oil can come from cotton and corn. It can even come from sheep. Sheep produce an oil called lanolin in their wool. Lanolin is used in moisturizers, chapstick, and other cosmetic products.

Not everyone realizes that corn plays a part in powering vehicles. Ethanol fuel is commonly used for many different types of cars and trucks. It is made through a process called dry milling, where the corn is milled, cooked, liquified, and fermented. Ethanol gas is a great option as it is more environmentally friendly than normal gas.

Have you ever thought about how your sweaters were created? Or even your shirts and socks? Just about everything we wear is created agriculturally. Cotton is a plant that is produced in the south. Cotton is one of the main materials that is used to make clothes. Wool is also a common material. Wool comes from sheep, and in some cases, llamas and alpacas. Raw materials for just about every textile made can be found on a farm.

The production of medicine is taken for granted in wealthier countries. We are very lucky to have all of the medications we do and without agriculture, we wouldn't have them. One of the most commonly used medications would not exist if it weren't for farmers. About 10 percent of the population has been diagnosed with diabetes and 5 percent of those people have type 1. People with type 1 diabetes are insulin dependent for their entire lives. During the 20th century, that insulin came from pigs and in some places, pork insulin is still used. Thousands of people would not be alive today if it weren't for swine production.

Agriculture is also used to help create supplements in undeveloped countries. GMO's tend to get a bad rap, but they can actually be very beneficial. Many Asian countries suffer from vitamin A deficiency due to poor diets. To help solve this problem, agriculturalists have created golden rice through genetic engineering. Golden rice is a type of rice that contains extra vitamin A. The creation of golden rice has helped thousands of people across the world.

Agriculture is also used in medical research. When scientists create drugs, the drugs are tested on humans last. In many cases, agricultural animals will be used to test medications. This decreases human casualties in medical studies. Without agriculture, the medical field would not be as advanced as it is today.

These are only some of the ways agriculture is involved in our every day lives. The hard work done by agriculturalists should never be taken for granted. I am proud to be a part of the FFA and to go to a school that is known for agriculture. We should be very thankful to our farmers and agriscientists and never forget the hard work they do everyday.

Emma Hyatt
1117
The Truth About My Parents' Divorce

An Open Letter To My Other Self