Winning from the eyes of a not-so-sore loser. 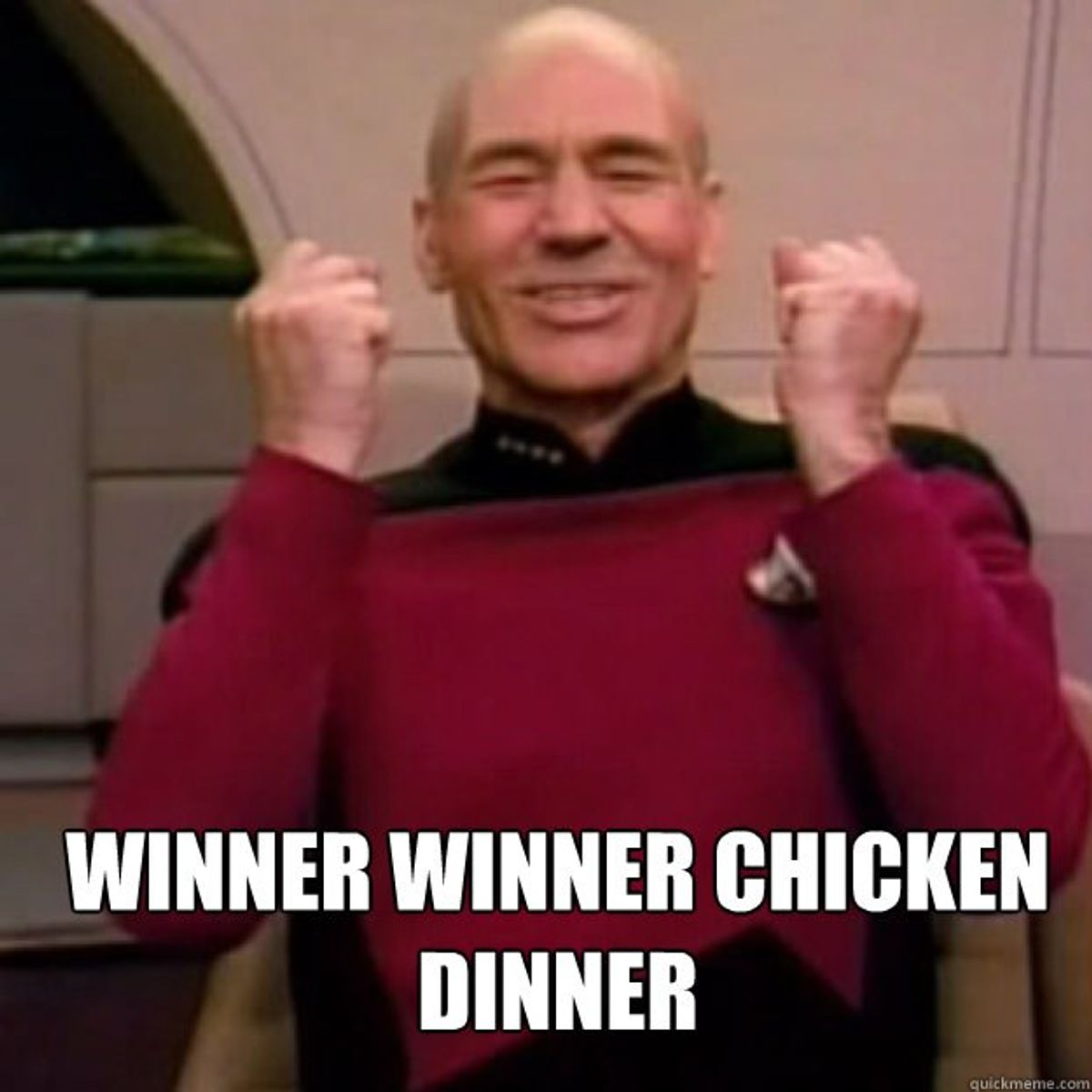 From the moment I stepped foot in a dance studio, I knew I had found something special. Something I can spend all day doing no matter what emotion I was feeling. Sadness, happiness, loneliness, I knew I had place where I could be free to express those feelings, and not be judged on how well I execute them. But, in the midst of this discovery of new found passion, I became disillusioned on why I was dancing in the first place. Was it because it was something I loved? Something that helped me grow into the person I am today? Or was it for a shinny prize at the end of a long competition? To impress someone that wasn’t even worth my time or attention? This is why some think winning isn’t worth it.

Kanye competes with many people, so does T-swizzle. That is their job, and if your job was to always make something that is better than someone else’s shit, wouldn’t that be really tiring? I mean I would be beat. Chart topping artist really can’t stop competing, but they should look into taking a chill pill when they are not writing music about their ex or making a really racy video. Winning can be done in a way that is not too messy; it doesn’t have to end in Bad Blood. (See what I did there?) Either way they’re both really good artist, they both write things about other people, they’re both at times ridiculous, and both are filthy rich…. well, Taylor is. Not sure about West since I donated to his basic ass Go Fundme. So in reality, both of them are winning. To us at least. There is really no difference, so what is the point of all of this competition?

In high school, everything feels like a competition! Who has the best clothes, make up, etc. Why do you think people love college so much? There is no need or even time for that bullshit! People come to college to learn, not to compete. And if you’re trying to beat someone, who is really not thinking about this life as a game or competition, you are going to look really stupid. Anyway, if you remember high school as your prime, that’s because it was. There you had people either wanting to be you, wanting something you had, or something you just were. Even if that was your position as student council president, your pretty hair, your rad dancing skills, or just your persona. That person thought you were winning because you had things they didn’t. But in reality, did you truly have your shit together? Did you even like that position? Were you really winning if heaven knows that you were miserable? In high school no one is truly “winning”. That is until you all graduate, and go off to college or the workforce were again, no one gives a rat’s ass about what’s on your letter man or how many state championships you've won.

Now, a lot of people have done the research, and studies do show that if you are involved in a sports, fine arts, and things that have a competitive aspect to them you’re most likely to do better in school. Well, while that maybe true; do those studies also show that winning consecutively could result in a fear of failure in these athletes, artist, and creative minds? This can lead to many mental health issues such as anxiety, depression, and things of that nature. If you train a dog to nothing but jump when it sees a bird, what is it going to do? One day it might jump to high and hurt itself. Same with the obsession over winning, if you train an athlete, dancer, chess player, academic decathlon member too hard, it might hamper their performance in the end. It could even cost them the loss of passion for the sport, art, and interest. They start to think of their favorite thing to do more as a job than a passion, with the feeling of winning being the only compensation.

With that being said. Training to do nothing but win can also prevent you from having fun. In high school, I worked very hard to get on the varsity dance team. So hard, that once I got on the team I was like, “What? Where did all the fun go?”. The point I realized that all of it was focused on winning and being better than other schools, and at times even competing with each other, I was done. Pirouettes became a chore, leaping was duty I owed to my coach, and my smile was plastered on to my face, and behind it was a expressions of anxiety, stress, and sometimes sadness. The glitz of the uniform changed from a goal to just another outfit to me, the meaning of “team” was lost in my mind for a long time, and the definition of a leader, and what she called herself, a “second mother”, was never exuded from my so called former “teacher”. It didn’t make sense, I love dancing! And I was in the prime spot to enjoy it. But, I figured out that later on, once I left high school that I was doing it for all the wrong reasons. I was doing it to impress a woman whose only goal was to have winning team. Even if that meant tearing others down to put others up. For the title of “GRAND CHAMP” on a letter man patch that at the end of the day meant nothing really, and at the moment I was dancing to win the approval of people that I don't barely speak to anymore. Once I got to college, I didn’t dance for anyone else but myself, and whomever wanted to join me of course. There is no competition between anyone, because we are all there to do the same thing. Have fun!

All in all, I have realized that in life you’re not really competing with anyone. Everyone is doing them, and in my book, that is winning.