Why Third Parties Have Never Won The General Election
Odyssey

Why Third Parties Have Never Won The General Election

Third parties have never won the general election, but it may be the way the system is flawed that keeps them from achieving success. 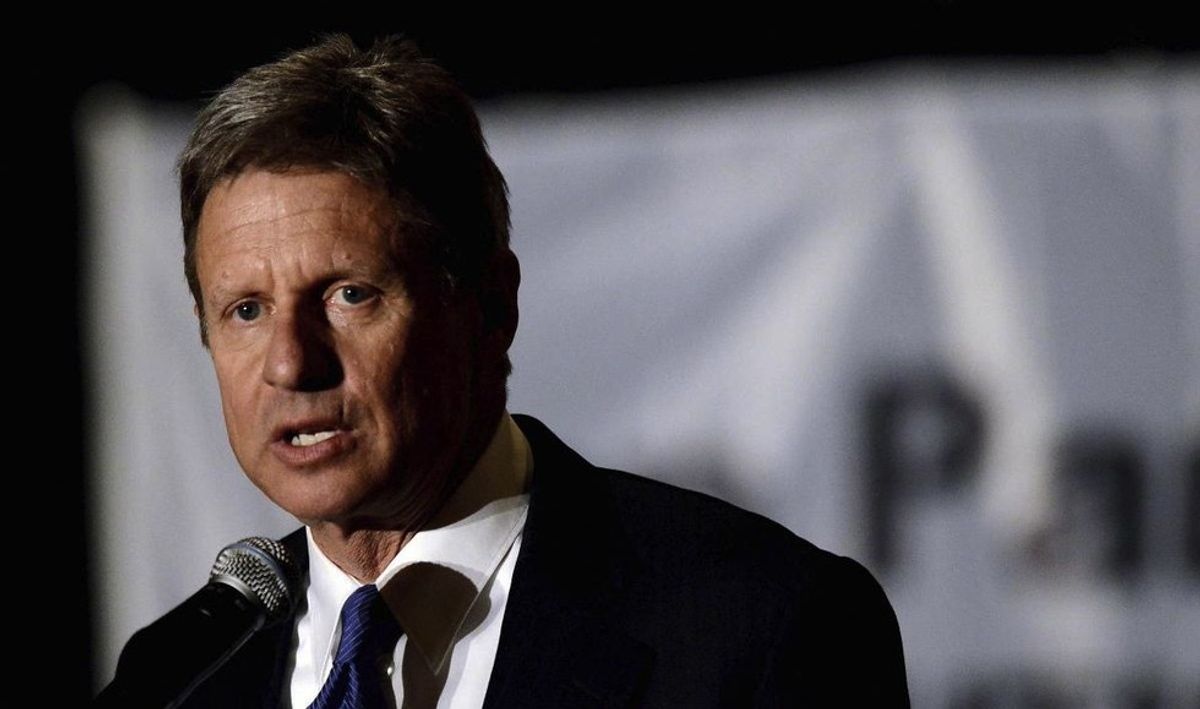 During the Republican National Convention this past week, Ted Cruz encouraged voters to “vote up and down the ballot,” and for voters to vote for who they believe in, not just the party they align with. Following such statements during his speech, the crowd at the convention broke out in boos, even beginning to chant, “Endorse Trump." Ted Cruz showed the media just how much modern partyism has dominated this election, so much so that political leaders (if you can even call Cruz that) are being shamed and booed for standing against a candidate that has attacked his wife and attacked his father. Can any of us truly blame Cruz for refusing to endorse a candidate that he fought so hard to keep from winning the nomination, especially after Trump ran his primary campaign on a platform that resorted to personal attacks against those whom Cruz held dear?

Here in the United States, the populous is mainly divided upon two major parties, the Republican Party and Democratic Party, which I’m sure don’t need any more explaining. While third party nominees rarely get the attention that they deserve, the Green Party (focused on environmental issues) and the Libertarian Party (in the simplest sense, fiscally conservative but socially liberal) have competed as underdogs every election cycle, with their biggest accomplishment having been Green Party nominee Ralph Nader stealing the presidency away from Al Gore.

The Libertarian and Green Parties have never had the same kind of success that the two major parties have achieved, and that largely falls down to human psychology. In seeing third party candidates fail year after year, not even coming close to the voter turnout of the Republicans or Democrats, people tend to think that their vote won’t matter if they vote for a third party, because no matter who they vote for, a third party will never win. If their vote will only count for that one third party candidate who is doomed to lose, since it is impossible to signify who said voter would prefer to become president should their first choice candidate lose, voters are more likely to spend their vote on the two main candidates since in that instance, there is a closer race between the Republican and Democratic candidates.

This is the very reason that a third party candidate will never win. Besides, in a first-past-the-post voting system, it seems much more reasonable to choose between two candidates, which would result in one candidate garners at least 50 percent of the vote. If the vote was split between three candidates 34-33-33. That would mean 66 percent of the populations would have voted against the president, which is something which we cannot allow. This is how we convince ourselves that third parties wouldn’t work in our political system.

But what if we changed the way we voted instead of sticking to a two-party system? We’ve established that third parties won’t work because people are more likely to vote for a candidate that has a better chance of winning, but what if we eliminated that? What if instead of one vote, one candidate, you have the chance to rank candidates in order of preference? This system of voting is known as the Single Transferrable Vote, which I learned about first from YouTuber creator CGP Grey. In STV, instead of voting for one candidate amongst the ballot, you have the ability of ranking the candidates in order of preference.

STV goes into far more complexity which can be found in the video by CGP Grey, but the first and foremost point is that we need to expand the number of candidates in each election. The political spectrum becomes increasingly more and more broad by the day, and every person should have the ability to vote for a candidate that they support and that has a legitimate chance to win. In STV, if the candidate whom you initially vote for does not win, then your vote will go towards your next preferred candidate, and so on until the votes are decided upon a winner. STV is the way we should vote, for not everything in life is black or white, and our choice for who should run for president of our country definitely shouldn’t be between two unsatisfactory choices.

I Am A Pro-Choice Christian, And Here's Why